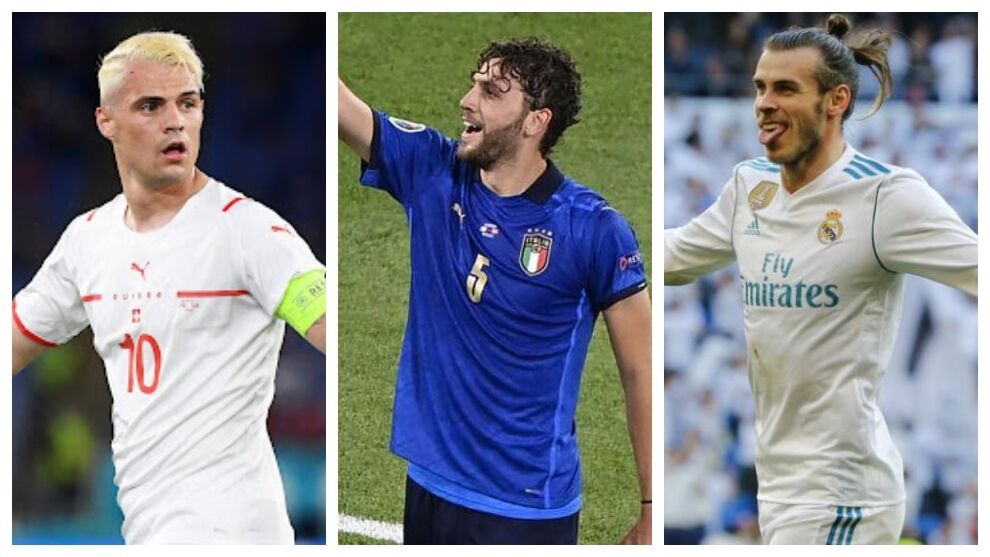 Bgood morning again another day of transfer market, each day that passes they are closing more operations in the different clubs in Europe, who are already fully in the preparation of the preseason, playing friendlies to reach the start of the leagues. Remains less than a month to start domestic competitions and all teams want to finalize their squads and don’t leave things for last of the summer market. With many players enjoying the holidays after the Eurocup and the Copa America, yet some of them have to decide their future. Highs, lows, transfers, free agents, rumors … We started!

In order to Zielinski the sirens of the Premier League begin to sound. According to today’s edition of ‘La Repubblica’, there is the interest of Manchester City, despite the bad relations since Jorginho’s negotiation with Naples. The interest in the Polish, however, has not yet become an official offer.

Continuing a bit with Real Madrid … how do you see the Varane case?

The Real Madrid has announced that tomorrow, Wednesday, July 21, at 12:30 p.m. in Real Madrid City, the act of presentation by David Alaba as a new Real Madrid player. The Austrian will then appear before the media at a telematic press conference.

He praises so far the only Real Madrid signing for this season. He arrives from Bayern Munich after finalizing his contract with the Bavarian team.

The Tottenham keep looking at Atalanta. It seems that Cristian Romero is not the only player that the English team wants from those that Italian society has. According to ‘Sky Sports’, both parties have reached a transfer agreement for this campaign, with a purchase option of 15 million for the next one by the Italian goalkeeper. Pierluigi gollini, 26 years old. The purchase option could become an obligation if certain objectives are achieved.

The goalkeeper will arrive at Tottenham Hotspur Stadium as the first signing made with new manager Nuno Espirito Santo, who joined at the end of June with a two-year contract.

Liverpool have made official the departure of Marko Grujic to Porto permanently. The Serbian international returns to the Portuguese club after making 39 appearances and scoring two goals during a loan period last season.

Grujic was Jrgen Klopp’s first signing as coach of the ‘Reds’ when he agreed to a trade to Anfield from Red Star Belgrade in January 2016. He played eight games during his debut season with Liverpool and six more in 2017. -18, and then joined Cardiff City on loan during the second half of the campaign. Two productive seasons with Hertha BSC followed in which Grujic enjoyed regular playing time in the Bundesliga before moving to Porto, where he will stay for good.

12:10 Rennes, ready to negotiate for Camavinga with United

Rennes President Nicolas Holveck has said the club is “open” to discuss an agreement with Manchester United by Eduardo Camavinga this summer. Sources have told ESPN that United is studying the situation of the 18-year-old and that Ole Gunnar Solskjaer is also willing to have the midfielder in his team.

Camavinga has one year left on his contract with Rennes and the club president said they are willing to let him leave for a fair price. “One of the priorities is to reduce the team,” Holveck told French radio RMC. “We still have eight or nine players who must leave. There is also the situation with Eduardo. Negotiations are still ongoing, everything is open, either for an exit during this transfer window, if an offer satisfies everyone, or to extend [el acuerdo de Camavinga]. I don’t know how to go cheapWe have had many conversations but there is nothing yet. “

Sources have also told ESPN that United expects competition of Paris Saint-Germain and Real Madrid by the Camavinga signing this summer.

The output of Matas Via del Palmeiras is getting closer and closer to happening. Y Roma seem to have overtaken PortoThe Italians offered € 11 million and an additional € 2.5 million for goals. Via is the substitute chosen by Jos Mourinho for Spinazzola – he underwent surgery and will be out of action for several months – and Tiago Pinto, general director of football for the Romans, is strongly committed to the player’s safety, having accelerated the negotiations in the last hours.

In Uruguay they take it for granted. This is given because Nacional de Montevideo, the former side’s club, receive 40% of that value. That is, 4.4 million. Porto, however, has not yet given up.

At the same time, in Italy they insist that Jos Mourinho wants Luis Daz, Colombian who shone in the Copa America and who belongs to Porto itself. According to ‘La Gazzetta dello Sport’ the matter is not a priority, but it will be studied. The Romanist thrust to the Portuguese team could be double.

The Tottenham he’s serious about Cristian Romero . According to the ‘Football London’ portal, the ‘Spurs’ will be holding advanced conversations with Atalanta to bring the young Argentine defender to England after being the Copa America champion with his country.

The Chelsea will be interested in the striker of Stuttgart Sasa kalajdzic as an alternative to Erling Haaland, according to ‘The Athletic’. The Borussia Dortmund star is the Blues’ first choice, but they may have to look elsewhere if they don’t meet their price.

Kalajdzic, 24, scored 16 goals in 33 Bundesliga games for Stuttgart last season. He also scored for Austria in their 2-1 loss to Italy at Euro 2020.

11:06 Bayern want a Barcelona side

Bayern Munich has asked Barcelona about the three right-backs (Sergi Roberto, Sergio Dest and Emerson), according to ‘Goal’. Aware of their need to sell, Bayern wants to ‘fish’ in Barcelona, ​​although for now, no negotiations are underway. The idea of ​​the Bavarian team is get a loan with an option to buy. Bayern have not had direct contact with Sergio Dest or Emerson, although they have approached Sergi Roberto through an intermediary.

10:51 Cristiano does not move from Turn

One year after the end of his contract with Juventus, Cristiano Ronaldo He’s seen a lot of speculation about his future in recent weeks. ‘L’Equipe’ announced that the Portuguese international should finally stay in Turn as both PSG and Manchester United fall out of the bid for the five-time Baln d’Or winner. And yet, it won’t be for lack of trying.

Jorge Mendes will have looked for a way out for Cristiano for several weeks. However, after a long time at work, Mendes has come to the conclusion that the best solution is to finally stay at Juventus for the fourth season. Furthermore, may extend your contract until 2023. The case will continue, but now it seems clear that Cristiano Ronaldo will not be a PSG or United player next season.

10:25 Varane-Manchester United, a matter of days

Varane’s march to Manchester United is getting closer and closer. The French has a proposal from the English club that he is willing to accept but it depends on the two clubs reaching an agreement in the next few days. Madrid wants to sell if Varane does not accept the renewal proposal, in order to get a pinch this year and not to leave for free the next. United will have to make an effort but they know that they will not need to commit crazy things. Read the full information on Pablo Polo here.

9:59 Key points for the signing of Locatelli by Juventus

According to Tuttosport, the deal is not closed yet, but the The Locatelli-Juve operation has passed a turning point destined to be decisive.Sassuolo, which is in excellent relations with the Juventus and has understood perfectly that Locatelli you only have one option in mind: the one to play in turn. In the last few hours, important steps have been taken to close the deal. Taking advantage of what had been considered an alternative, in the end it may be decisive, the inclusion of Juventus players in operation. Of all the young people evaluated the favorite of Sassuolo always has been Radu Dragusin, Romanian defender of 19 years who debuted with Andrea Pirlo Last season.

The arrival of the midfielder Albert Sambi Lokonga to Arsenal, coming from Anderlecht could produce a domino effect, depending on Tuttosport. With the signing of the Belgian Xhaka exit seems more viable, the Swiss wants to go to the Rome with Mourinho and this incorporation of someone from his demarcation would make things easier. His great European Championship with Switzerland has made the Portuguese want to recruit him despite not having his best year at Arsenal and at 28 he wants to change his career after five years at the Emirates.

It seems that Gareth Bale will stay at Real Madrid this season under the orders of Carlo Ancelotti thus fulfilling his contract that ends in 2022. Much had been said about his departure from the white team towards another destination such as MLS, but it seems that he is going to postpone it, the Italian technician wants to have the Welsh, with him Bale brought out his best version. But still the player continues holidays after the euro and has not joined the team. We’ll see what happens when I get to Madrid.