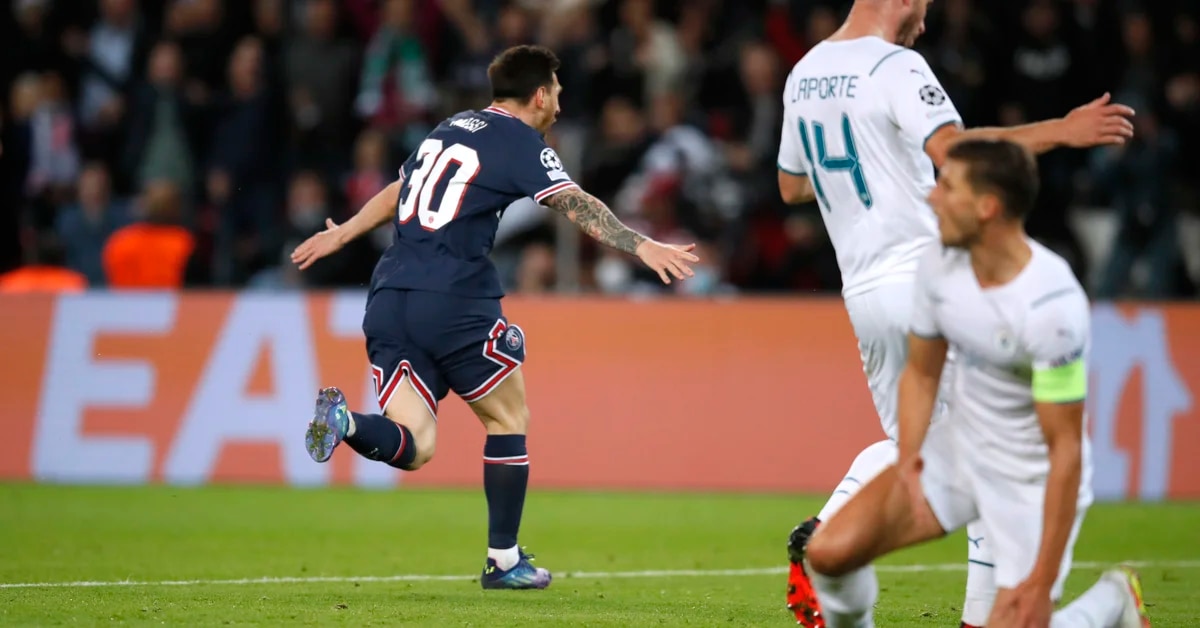 This was Messi’s first goal at PSG

A very special year is ending for Lionel messi. With the Argentine team he achieved the long-awaited title in the major after winning the Copa América in the mythical Maracana from Rio de Janeiro after beating Brazil in the definition. After that celebration, and when he thought he was going to continue in Barcelona, ​​the Catalan club’s financial problems caused his abrupt departure to Paris Saint Germain.

Beyond his sadness at leaving the city that became his home, The flea received another piece of good news before the end of 2021: the magazine France Football gave him the seventh Ballon d’Or of his career and now, at the end of the year, one of his goals was voted the best of the Champions League group stage.

It had been three games since his debut with the PSG shirt and everyone, locals and strangers, was anxiously waiting to see Messi’s first goal at his new club. It’s more, the duel against Manchester City for the Champions League totaled 73 minutes when the wait ended and the Rosario star made it 2-0 after a personal move that combined with Kylian Mbappé.

According to the official site of the maximum football club tournament in Europe, the goal of the 30th team led by Mauricio Pochettino was voted by almost 200 thousand users and won the first place with 22 percent of the votes.

With PSG in advantage, resisting the attacks of the group of Pep Guardiola, the play was born from the feet of La Pulga, who commanded a great counterattack at pure speed from the middle of the field. Before reaching the area, Leo he put the diagonal for his left foot and after a great wall with Mbappé, who returned it to him in the crescent, the Argentine defined the angle. Unapproachable for Ederson.

Messi’s goal came at the best moment for the team and also in a period of the match in which the Rosario did not have much participation. The conquest came in a passage where the citizens they monopolized the possession of the ball and were getting closer and closer to the goal well guarded by the Italian giant Gianluigi Donnarumma.

In the second place of the vote was a goal from Thiago Alcántara, the Spanish midfielder who plays for Liverpool, with a goal that he scored against Porto on matchday 5 of the group stage. This conquest added 14%, while in third place a goal from Robert Lewandowski, the Polish scorer, in Bayern Munich’s victory over Dynamo Kiev (13%).

That goal from Messi was the seventh he scored against Manchester City, one of the teams that suffered the most from the Argentine’s firepower in their career in Europe. The others who suffered from Rosario were Arsenal, from England (9), Milan and Celtic (8), and Bayer Leverkusen (7).