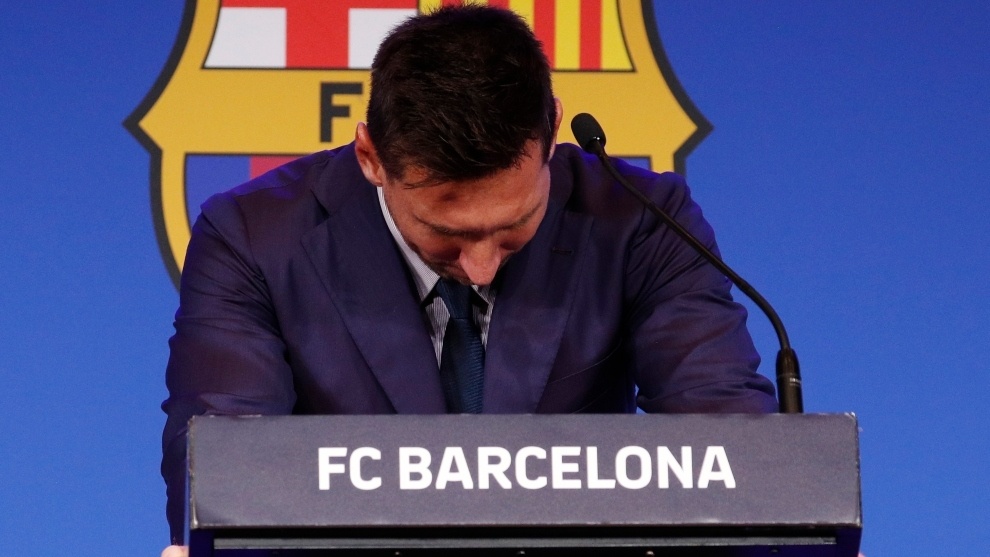 Lionel messi said goodbye to Barcelona this Sunday at a press conference. The Argentine, in some very emotional words, assured that he made important efforts to stay and despite his wishes to stay, the negotiation never materialized.

The Rosario was forceful when mentioning that he made important discounts during the talks and showed discrepancy around the rumors that claimed that he should have an even lower salary: “I had lowered my file to 50% and then nothing more was asked of me. It is not true that anything else was asked of me.”

Similarly, Messi did not hide his bewilderment by saying that his farewell still generates a sea of ​​emotions, especially because of the way in which Bara made the game known: “It was a bucket of cold water. We continue to assimilate it. When I get home, it sure is worse. It is the most difficult moment of my sports career. When they told me, I blocked. To be surrounded by my loved ones and, most importantly, keep playing football and I’m sure when I start, I will miss a bit. “

Leo Messi: “I feel sad to leave the club I love” pic.twitter.com/TzHEoaHozY

The attacker also He commented that he could never be sure if the club’s board made sufficient efforts to ensure his permanence. In addition, he stressed that this year his main option was renewal:

Regarding his future, Leo was forceful when he mentioned that trying to go to a box where he can compete on a continental level and have options to win the Champions League: “The Bara people know me and know that I am a winner and want to continue competing. I have to find my way to keep competing and winning. Let’s see how long I can stand on a physical level I’ll be until he gives me, “added the player.