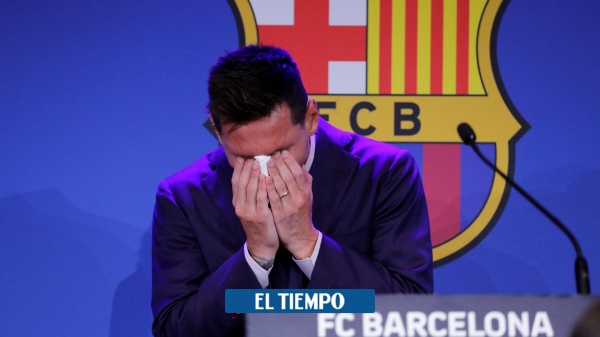 Lionel Messi, between tears and applause.

Lionel Messi, between tears and applause.

The Argentine expressed his last words with Barcelona.

The Argentine footballer Lionel messi broke down in tears at the start of his farewell press conference of the Barcelona this Sunday, and assured that he never thought he would leave the Spanish club, where he arrived as a child.

“I would have liked to say goodbye in another way: I never imagined my farewell because the truth is that I did not think about it,” he said at the club headquarters Messi, who assured that he still does not know his fate but that he Paris Saint-Germain French “is a possibility”.

You may be interested in: (Lionel Messi says goodbye to Barcelona amid crying).

“I still have nothing closed but we are talking,” he added.

“I have been in the first team for 16 years. Starting from scratch, changing … is a hard change for my family,” said the 34-year-old player, feeling resigned that we must “accept it, assimilate it and start again.”

You may be interested in: (Colombia: conclusions of the performance at the Tokyo Olympics).