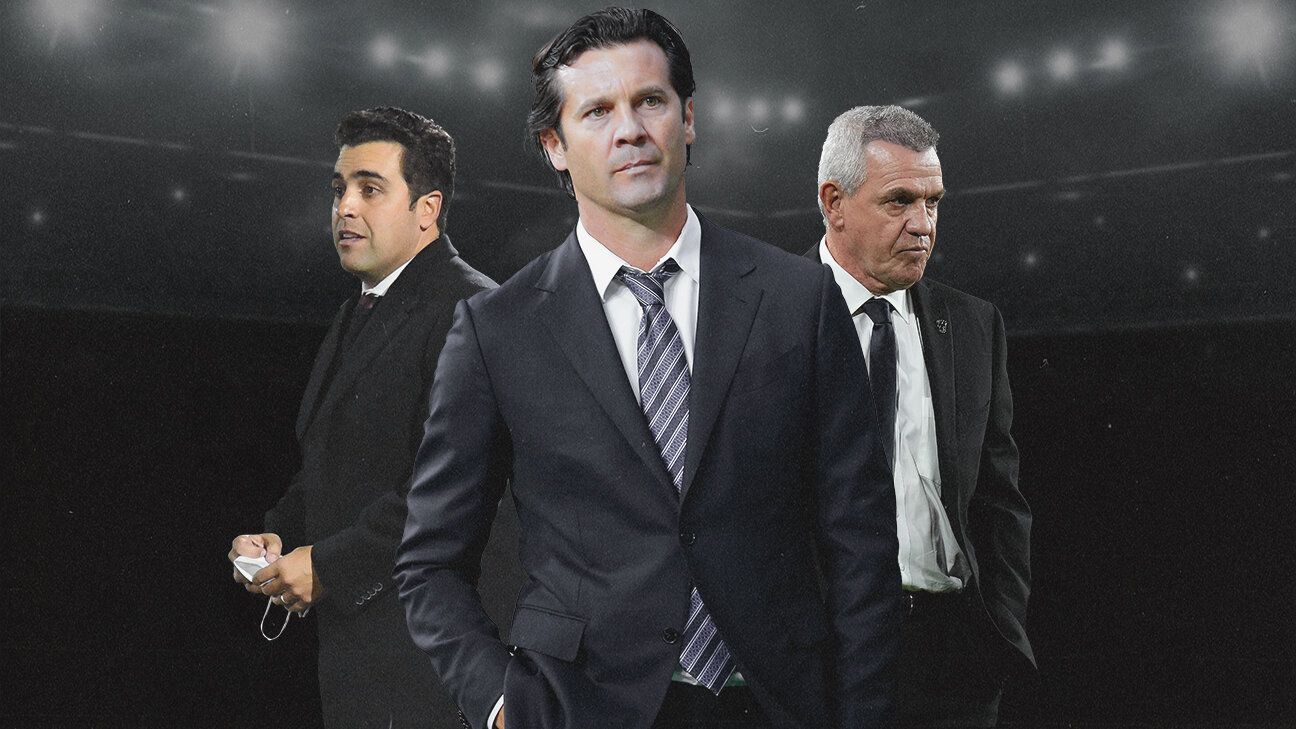 Arbitration controversy, a dismissed coach and a Pumas against America that left much to be desired, are part of the anecdotes of Matchday 7 in Clausura 2022

The Matchday 7 the Closure 2022 ended in the midst of arbitration controversy, as well as a fired coach and a duel between Cougars and America that left much to be desired for its fans, however, the emotions were on the surface, especially with Chivas, Monterey and tigers.

With the emotions for the double date, there is little time for the teams to correct their mistakes, because just on Tuesday everything will restart with the activity on date eight of one of the most exciting championships in recent years.

Los Tuzos had a great night and Nicolás Ibáñez confirmed his good goalscoring pace to continue at the top of the individual scoring table, as he scored one of the three goals for the Hidalguenses and climbed to six individual goals.

In a duel where Hernán Cristante, helmsman of Gallos Blancos, met again with the Devils, a team he led in two stages, it ended with a one-goal draw after the queretanos lost Betsiel Hernández by expulsion.

That the Roosters were left with 10 elements caused Leo Fernández to tie the match at minute 95, in what was a bucket of cold water for the home team, who savored the three units.

Víctor Dávila took advantage of an error by Fernando González, who made a hand and caused a penalty to ruin the good game of the Rayos, who had many dangerous options to keep the three units.

This was the first defeat in Jaime Lozano’s stage at the head of the Hidrocálidos, as he added a victory, although he was not on the bench, against Cruz Azul, and a draw.

André Pierre Gignac and the felines met up again with Ricardo Ferretti and made the home game bitter for him, as the French striker scored a brace to help his team keep the three units. With this, Gignac reached six goals and shares the top of the individual scoring table with Nicolás Ibáñez from Pachuca.

Similarly, Florian Thauvin did the same. Despite everything, the frontiersmen wanted to come back and came closer on the scoreboard, but time was not enough for them.

Surprisingly, the Tijuanenses won 2-0 with goals from Marcel Ruiz and Christian Rivera. With this, they finished with the undefeated red and black and hope to return to the path of victory and move away from the last places in the quotient table, where they are in the basement and are headed for a millionaire fine.

In addition, the Rojinegros lost Anderson Santamaría due to an expulsion in the 83rd minute and Diego Cocca did not find the good performance of his team despite being the current champions of Liga MX.

In one of the most surprising games, the Potosinos won 0-2 at the BBVA Stadium and led to the dismissal of Javier ‘Vasco’ Aguirre as Rayados coach. Jhon Murillo and Abel Hernández were in charge of leaving the Mexican strategist on the bench due to his annotations.

In addition, Rayados looked ineffective and missed many clear chances. With this in mind, his fans booed and he chanted against Aguirre himself and the Monterrey board. A few hours after the game ended, the club issued a statement announcing the departure of “Vasco”.

With much arbitration controversy, the rojiblancos lost a two-goal lead and allowed the Strip to continue as tournament leader by winning 2-3 at the Akron Stadium. The central whistleblower, Fernando Hernández, was the target of criticism by fans and the Guadalajara board.

Through a statement, the Chivas criticized the arbitration work and questioned whether they have to issue a statement so that they have better signaling. And it is that the central defender lost a lot of time in the VAR and expelled Alexis Vega for complaints after the second goal from Puebla, which they claimed came after a previous foul.

Similarly, the whistler did not review a possible penalty at the end of the game for a pull on Hiram Mier in the Puebla area, for which the Guadalajarans claimed with everything despite the lack of attention from Hernández.

The duel between Pumas and América ended with a scoreless draw and Santiago Solari got a break after the pressure he had. Although he rescued a point from the University Olympic Stadium, the Argentine continues with a victory in the last 12 official games, but he bought time for one more day to avoid his dismissal.

Now, with the double date at the door, Solari has to reverse the path, since he has the ultimatum of his departure, since they are the penultimate place in the general table with just five points. Meanwhile, Jerónimo Rodríguez, from Pumas, was injured in the first half and adds to the six casualties of the felines.

Santos found an early advantage against Cruz Azul, thanks to a shot by Harold Preciado after a bad rebound by ‘Cata’ Domínguez on the edge of the area that slipped into Jesús Corona’s goal at 5′, which was defended until the last instance by the albiverde goalkeeper Carlos Acevedo.

The 25-year-old Mexican goalkeeper covered a penalty that Uriel Antuna took at 25′ and also increased his presence under the goalposts with three saves after the penalty kick, although the last one was marked as offside. In addition to the above, Acevedo intervened on a couple of occasions to avoid a draw, until his wall was knocked down at 64′ by a header by Ignacio Rivero.

Thanks to his performance, the Lagunero club was repeatedly saved from conceding goals and his team snatched the victory in the last breath thanks to a shot over the edge of the area by Diego Medina, in complicity with a deflection by Pablo Aguilar.