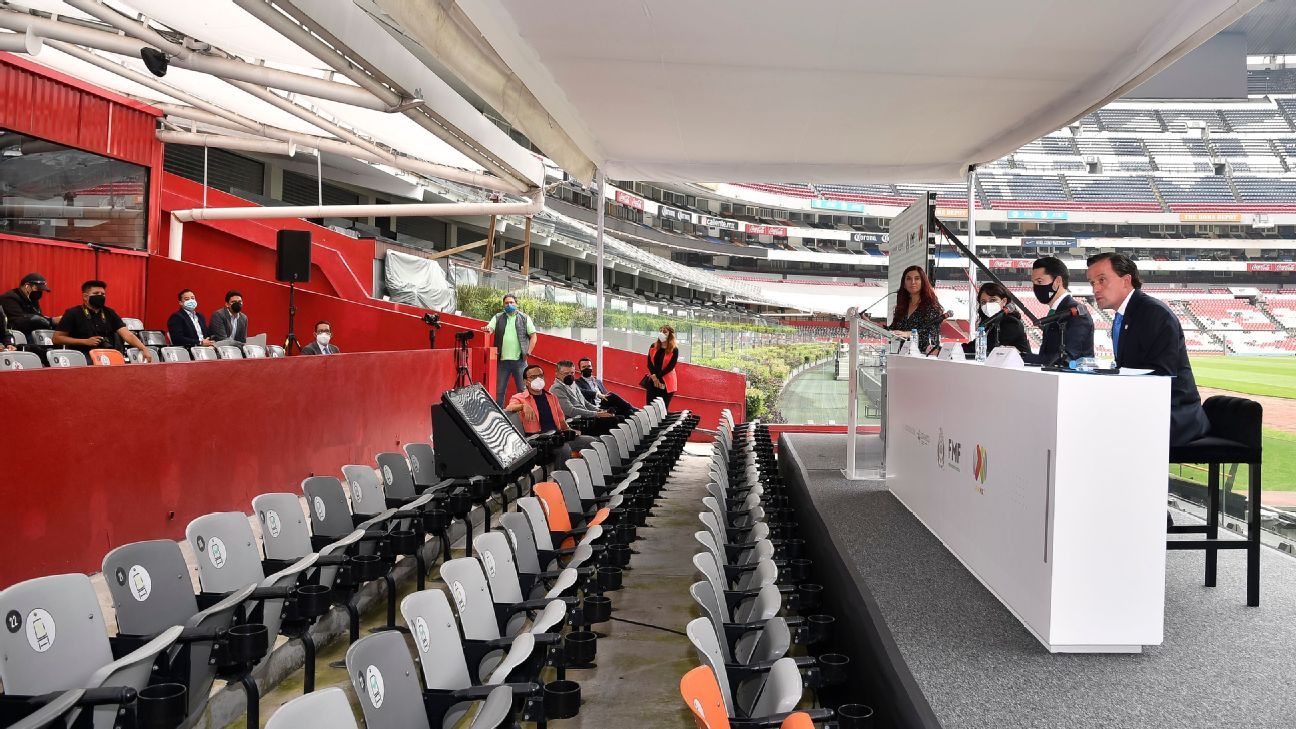 Mikel Arriola, president of the MX League, presented the campaign “Scream … Mexico”, which will be the name of the tournaments of the 2021/2022 season and which aims to combat the homophobic cry. Among the new measures that will be taken will be that the local teams incite their followers to shout the name of their teams. But nevertheless, In the event of falling into the discriminatory practice, people will be taken out of the stadium and it is even analyzed to show the fans through the screens, in addition to being subjected to administrative processes.

“Retire the fans, we were very clear on that, and also consider exposing the images on the screen, the images of the fans and sharing data at the time that people are removed. Avoid entering the stadium with tarpaulins, with banners that incite shouts, put the logo of our new campaign on all the sideboards of the Liga MX stadiums ”, declared the manager in the presentation.

This movement was made in collaboration with the National Council to Prevent Discrimination and the Mexican Soccer Federation, so Irasema Zavaleta and Yon de Luisa were present at the event, representatives of both institutions, who, together with Mikel Arriola, signed said agreement.

Mikel reported that The protocol to eradicate screaming in Mexican soccer stadiums, which was implemented in 2019, will continue to exist, as they have noticed an improvement in the behavior of the fans. However, now they seek to reinforce it with more attention to what happens in the stands of real estate.

“In the Liga BBVA MX stadiums there are closed-circuit television systems, where you can take a shot of the person’s face, in any space in the stadium. Another element that we have at hand is the subject of the electronic ticket office, where we can make relations with the person who bought the ticket, by the number of seat that he bought or the spaces that he bought. Of course, the people who are taken out of the stadium are subjected to administrative processes, but it occurs to me that we would have to look for more alternatives ”.

Another of the implementations for “Grita … México AP21” is that the teams must promote, in their respective stadiums, that the fans shout the name of their team, otherwise There could be economic sanctions to the club or a veto of the property, because it is already in the regulations.

“It is already included in the regulations. When you get to the last phase of the process and the screaming does not stop, what you have to do is present the case, the event, or the event before the Disciplinary Commission and the Disciplinary Commission has the power to sanction the club, either in a economic, or to the stadium. This sanctioning veto is already integrated into the anti-homophobic screaming process ”.