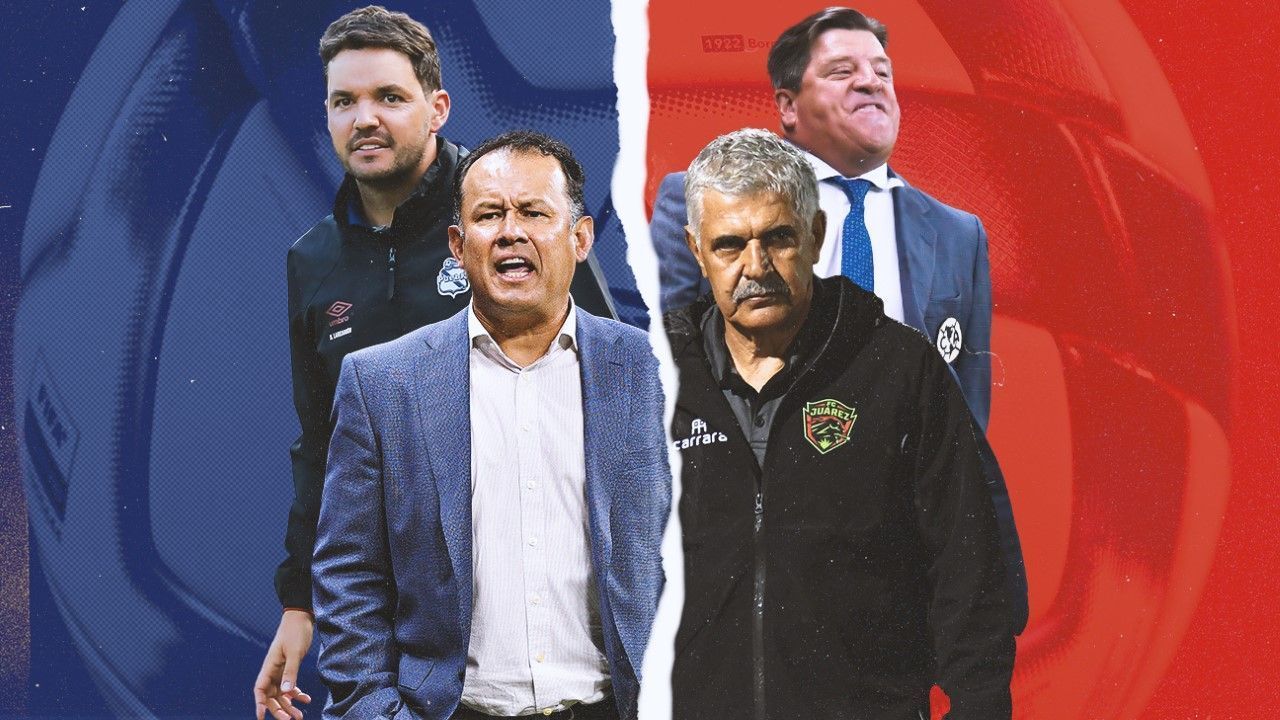 There are seven first-time coaches, six more strategists experience a second chance and the recycled strategists in the First Division are a minority (four)

The MX League experience a renewal trainers in the last 18 months. Almost half of the technicians of the First Division received their first opportunity in Mexico during the period from August 2020 to October 2021, among which Andrés Lillini, Nicholas Larcamon and Santiago Solariwho came to refresh the agenda of Technical directors in Mexican soccer.

In total, there are seven technicians first admission to the MX Leaguesix more strategists experience a second or third opportunity at the head of a team in Mexico and they are a minority (four) recycled strategists in First Division, those that add up to more than three teams managed in Mexican soccer. Eduardo Fentanes is the 18th coach, appointed interim after the dismissal of Pedro Caixinha, who lived through his second stage in Santos.

The trend of the last 11 short tournaments in the MX League indicates that each semester five coaches lose their jobs, on average, a situation that team managers have taken advantage of to search in new latitudes, different methodologies and characters with no previous experience in Mexico, leaving aside names that were common in the environment of the Mexican soccer, like Luis Fernando Tena, Rubén Omar Romano, Sergio Bueno, Enrique Meza, Carlos Reinos, among others.

Of the 18 coaches who directed until matchday 7 of Clausura 2022, Andrés Lillini is the second who has been leading his team, Pumas, the longest. The Argentine arrived at the club a couple of years ago as director of the Basic Forces, but it was days before the start of Apertura 2020, after the resignation of Míchel González, that he assumed the position of coach of the first team. He has managed 14 games in the Liguilla, one runner-up and one semifinal at the head of the Universitarios.

Nicolas Larcamon and Santiago Solari They are coaches who had their first opportunity in Mexico for the Clausura 2021 tournament. Ariel Holan was a finalist with León in his debut tournament, Apertura 2021. Meanwhile, Marcelo Méndez and Beñat San José arrived in the same tournament, but have not reached the Liguilla.

André Jardine is the most recent arrival of an inexperienced coach in Mexico, but he is endorsed by the gold medal at the 2020 Tokyo Olympics with Brazil, where he beat Jaime Lozano who was leading the Mexican team.

All newly admitted technicians MX League they are foreigners, five of them are of Argentine nationality; in addition to a Spanish and Brazilian.

In the second segment are the technicians who have a rematch, all with previous experience in a First Division team in Mexico and are experiencing their second or third process leading a club. The most significant case is that of Diego Cocca, an Argentine coach who made Atlas champion after 70 years without a title.

Cocca arrived in Santos in 2011, in 2018 he directed Tijuana and has been in charge of the red and black team for 18 months. He only had 15 games in the Liguilla to win the title in Mexico.

Guillermo Almada accumulates 95 consecutive games directing in Mexico, since he arrived in Santos for Clausura 2019. After reaching the final in the Apertura 2021 tournament, he left Torreón and Pachuca offered him the position of coach, after the departure of Paulo Pezzolano.

Jaime Lozano, Juan Reynoso and Marcelo Leaño are in charge of their second team in Mexico and in the case of the Necaxa and Chivas coaches, they are the only Mexicans without extensive experience who have received an opportunity from the First Division teams.

Recycled technicians, only if they have been champions

Ricardo Ferretti, Miguel Herrera, Ignacio Ambriz and Víctor Manuel Vucetich, Rayados’ virtual coach, are the only coaches with experience in more than three teams in the First Division who have a job in Clausura 2022. They all share the same trait: a history of extensive experience and passing through various teams, in addition to being endorsed by the titles they have awarded to the clubs they have managed.

Tuca Ferretti reached 30 years directing uninterruptedly in September of last year, while ‘El Piojo’ Herrera celebrated 20 years as coach of the First Division. Both are multi-champions with Tigres and America, respectively.

Víctor Manuel Vucetich is close to returning to Monterrey for a second stage and trying to reissue the titles he won with Rayados. Ambriz was already champion of MX League with León and, after his fleeting passage through Spain, Toluca made him his coach.