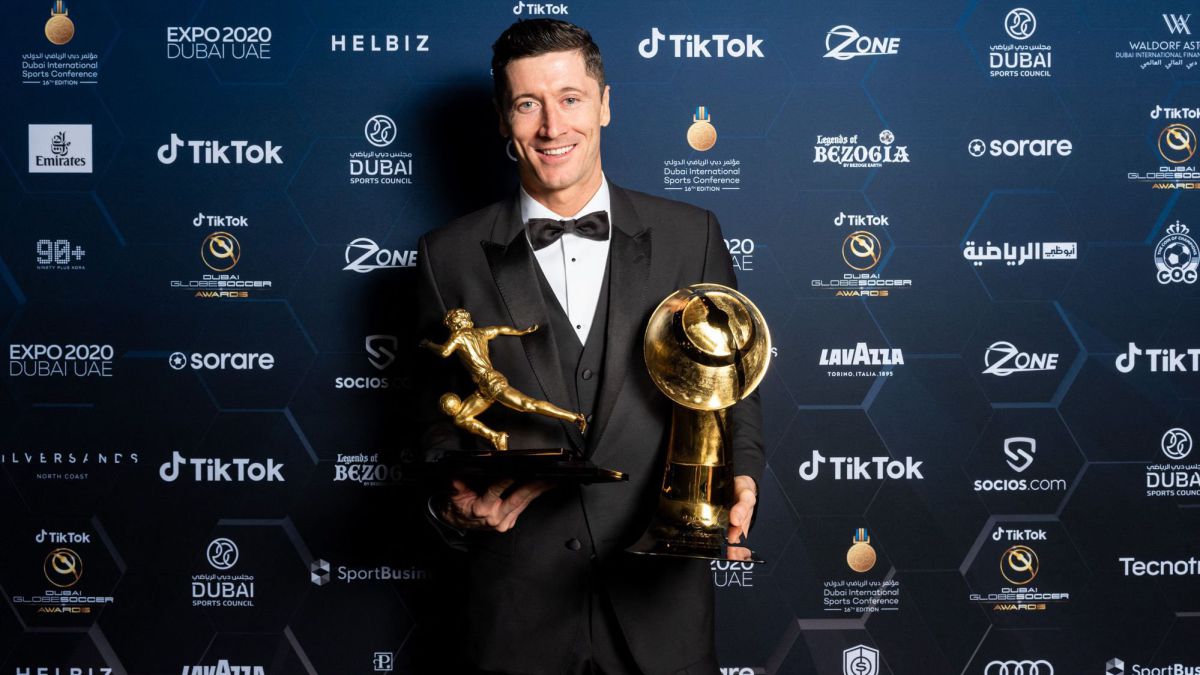 Robert Lewandowski is going to be one of the great agitators of the next transfer market. The forward has made the decision to leave Bayern at the end of the season and his idea is to join Real Madrid, where he wants to play the last years of his career. This newspaper already advanced on December 1 that it had asked its agent, Pini Zahavi, to prioritize an offer from the white team. However, in order not to create a bad atmosphere with his club and his fans, the Pole prefers to play a distraction when speaking in public.

“The future? I can still play for many years. I have not thought about the future, everything is going well and we are focused on the objectives of this season. I am used to rumors. I am focused on my path and on doing well on the pitch. I discovered a long time ago that I do not have to read the newspapers and the important thing is to be happy where I am, “he explained during the Globe Soccer Awards gala. To avoid conflicts, Lewandowski is tied to the present and avoids talking about both an exit and a renewal .

The attacker, who has scored a whopping 30 goals in 25 games this season, was awarded two awards during the ceremony in Dubai.. He was presented with the Maradona award, newly created and given to the best scorer of the year. Also the Tiktok award given to the best player of the year for fans through this social network. Two recognitions after last season he was already awarded the best player of the year award and that this time, despite being nominated, he had to yield to Kylian Mbappé.

At 33, Lewandowski is experiencing one of the best moments of his career. He himself, when asked about a possible withdrawal, assures that he has not yet considered it. “I love to play and go to training. The moment I wake up and get lazy to go to training, then I will start to consider whether to continue or not”he commented.