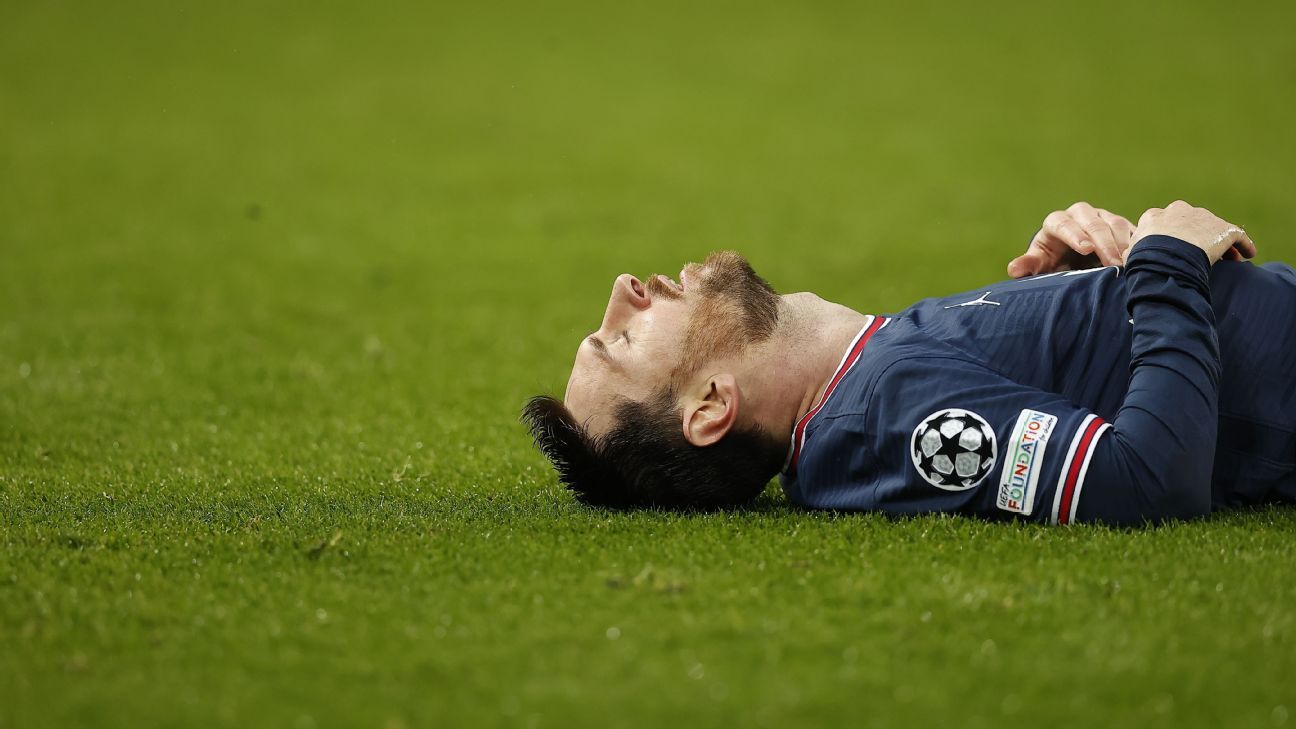 BARCELONA — While Joan Laporta’s proclamations resonate on the walls of the Camp Nou stating that Dembele “He is better than Mbappé” and blame and responsibility are shared for choosing Ousmane over Kylian in the summer of 2017, Leo Messi hinted at the Parc des Princes on Tuesday that melancholy can be one of the worst frustrations in professional football.

Paris Saint-Germain defeated Real Madrid in the Parc des Princes on Tuesday and did so catapulted by the magnificence of an indisputable and unapproachable Mbappé while Messi, expected at the moment of truth, completed a match far removed from what was expected.

He never hid in the field but despite his embedded role in midfield, he was unable to show the repertoire that he always, or almost always, offered at Barça. Missing a penalty was just the icing on the uneasiness that accompanies him in Paris and that ignites, or confirms, the doubts that his presence arouses in a team where he is not the owner that he always was.

On the way to turning 35 and about to complete 800 official matches divided between Barcelona and PSG, the Argentine star knows that he is in the final stretch of a monumental career full of titles at all levels, crowned on a personal level with the seventh Ballon de Gold that he recently celebrated and that has the desired icing on the cake in the World Cup in Qatar, an obsession charged with responsibility and that sometimes seems to leave any other sporting challenge in the background.

Barely a year ago, seven months even, Messi was fully convinced that he was the master of his destiny. Four years after starting Josep Maria Bartomeu a golden renovationfocused on the negotiation of his last signing at Barça without suspecting that the club might consider rejecting his continuity and despite a summer of comings and goings, rumours, disagreements and silences, he closed his vacation sure of staying at home.

When on August 5, 2021, Barcelona officially announced that Leo was leaving because he could not stay, the player broke all schemes and a feeling of disbelief emerged in him that some maintain has not yet fully recovered. He said goodbye, with tears, affirming, proclaiming and making it clear that they did not let him continue and with no time to waste he agreed to sign him for PSG convinced of transferring his genius to Paris to continue being number one.

But far from his natural habitat, far from his home and his world of Castelldefels, life was much more difficult for him than he would have thought. Suddenly he found himself locked up in a luxury hotel in the heart of an unknown city and with the urge to get used to a new day to day as unexpected as it was overwhelming compared to what it had been in recent years and, in case It wasn’t enough, he found himself in a team where, being respected and even admired, he didn’t have, he doesn’t have, the ascendancy that he always enjoyed in Barcelona.

It was always said that Messi could extend his career as long as he wanted because when the speed, the change of pace, the caracole close to or inside the rival area and his legendary and unparalleled killing instinct were not enough, he could convert to further back positions maintaining his role providential.

What was never said, because it did not fit the canons of logic, is that he had to start to readapt away from Barça and at PSG a dressing room full of stars has been found with one, Mbappé, who shines above all . To such an extent that the power and spectacular nature of the young French striker has overshadowed the role reserved for the veteran Argentine star.

The Barcelona of recent times, well, fair or bad, played and danced to the tune set by Messi but in Paris they dance to the chords of Mbappé, capable of running like a buffalo from the first to the last minute of any match , capable of getting his team out of any quagmire… as Leo usually did at Barça and cannot do at PSG.

The figure of Messi at the Camp Nou will be eternal and around the Barça club the sorrow of seeing him wander without the genius he showed in Barcelona is not hidden. And what for some is longing for him is melancholy, an illness that is difficult to cure at this point in his career…

Letters from Barcelona: The melancholy of Messi