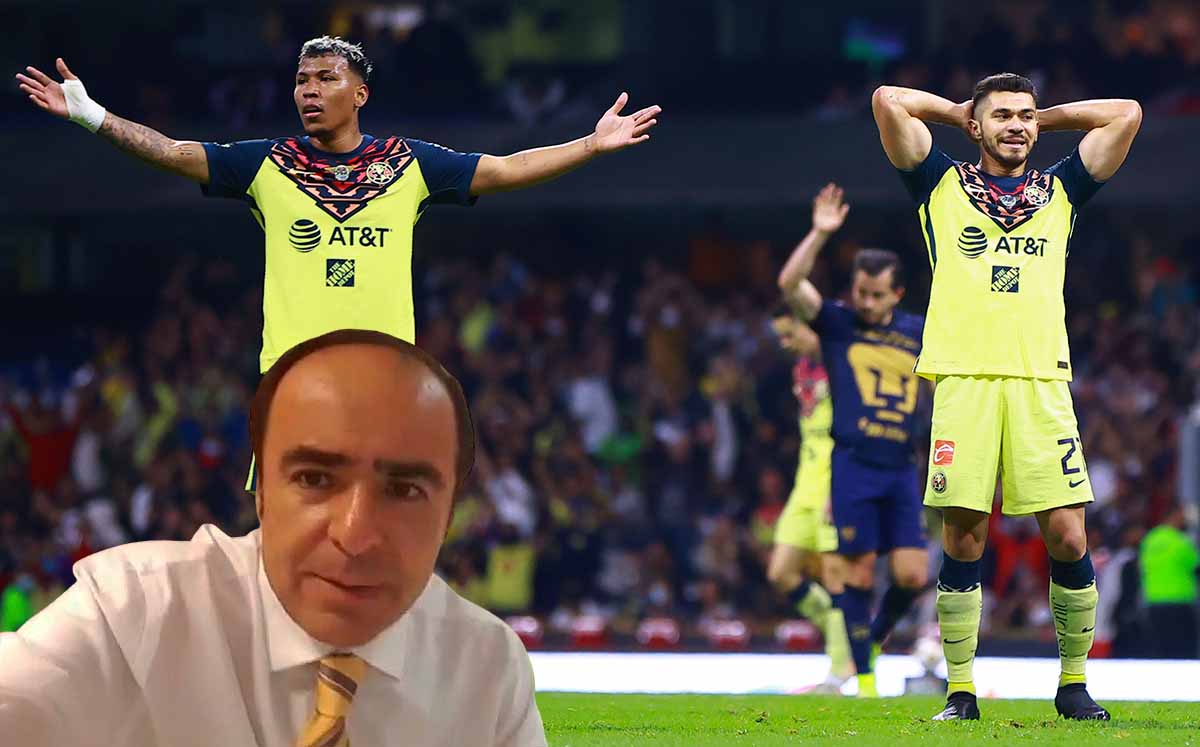 
Leave it alone, it’s already dead! It seems that the mockery of Pumas fans was not enough, millions of others who define themselves as anti-Americanists and all the memes. Even the renowned journalist, David Medrano, made fun of America after the humiliating elimination in the Liguilla Opening 2021.

As part of the TV Azteca panel that broadcast the match between Atlas and Rayados, Medrano Félix ironized with the changes in the regulation that were done this semester at remove the away goal as a tiebreaker, implying that it was for a whim of America after being out the last tournament against Pachuca with a 5-5 aggregate.

“Let’s see if for the next championship, Mr. Martinoli, they don’t change the regulation and let it say that center goals at the Azteca Stadium don’t count”said the journalist, but his comment did not sit well with a historical Americanist.

“Don’t worry, David, don’t get too big because your Atlas hasn’t won anything”, replied Luis Roberto Alves “Zague”, the top scorer in the history of the Eagles and that would have been useful for the club after the fiasco in the Quarterfinals.

America apologized after the elimination

The repercussions in Coapa after being left out against one of the biggest rivals, they could cost a lot of people their jobs. With two eliminations in the Quarterfinals in 2021, plus the Final lost against Monterrey in the ConcachampionsEverything indicates that there will be strong changes in management and staff.

At least that is how his own hinted at America club in a statement in which he apologized to his fans, accepting that the results have not been as expected and that “The short and medium term sports project will be thoroughly analyzed”, while Americanism demands that heads roll, being those of Santiago Baños and Santiago Solari the most requested, as well as some players.

‘Changes’ in favor of America | Memes