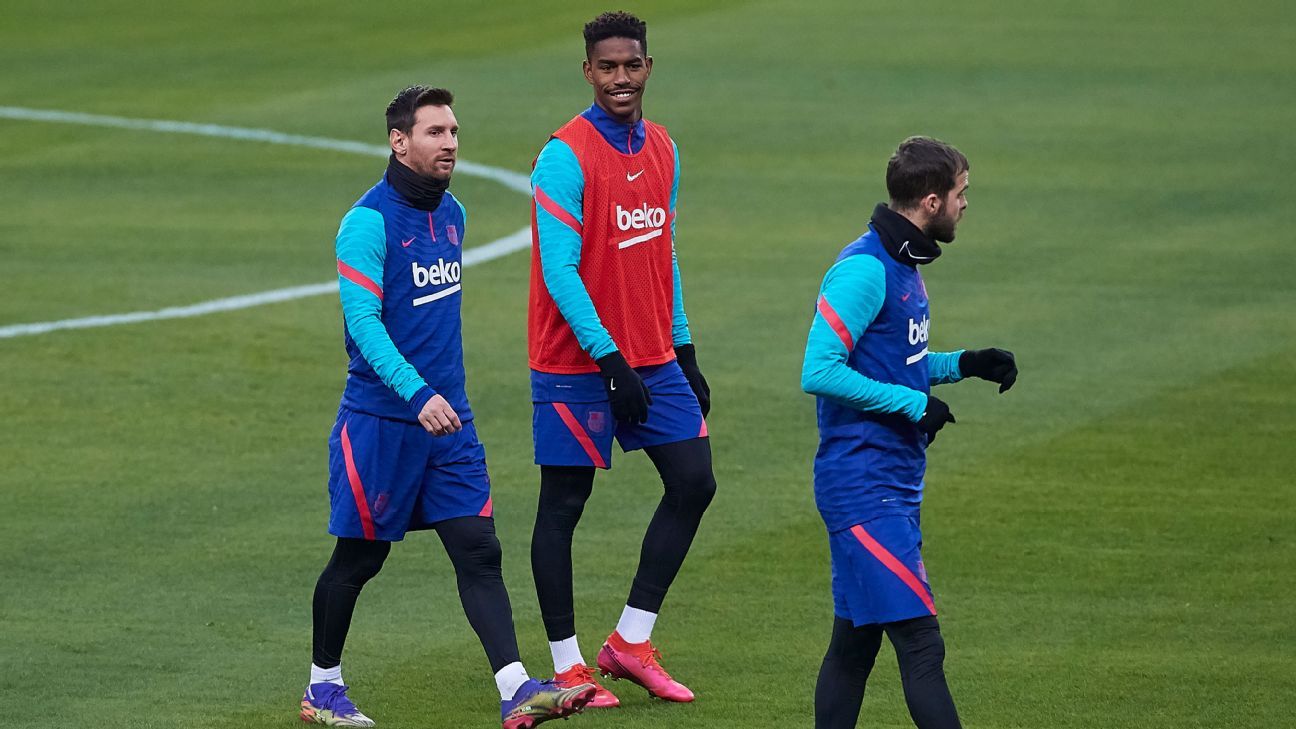 BARCELONA – Marcelo Bielsa’s Leeds United is the best-placed team to take over the services of Barcelona’s full-back Junior Firpo, according to different sources informed ESPN.

Junior knows that it does not count for Ronald Koeman for the new season and is determined to leave the Camp Nou to try to redirect his career.

Southampton and several Serie A teams are also interested in his signing but Leeds have intensified negotiations with Barça in recent days to take him to the Premier League.

The 24-year-old full-back welcomes the idea of ​​playing in English football but the clubs are following the talks to try to reach an agreement.

In this sense, Barça would prefer a sale to recover part of the 18 million euros (more variable) that it paid to Real Betis for its signing in the summer of 2019 but a transfer with a mandatory purchase option in one year is not ruled out.

The objective of Barcelona is to collect a sufficient amount to pay the amortization of that transfer, which is between 10.8 and 18 million euros, depending on how many incentives remain to be met.

Junior thinks that in Leeds he could find the minutes he has missed at Barcelona and the role of the British team’s football director, Víctor Orta, is being key in the negotiations.

Southampton, who are still looking for a replacement for Ryan Bertrand, Inter de Mián and an AC Milan that already tried his loan during the last winter market are also still involved in the fight to try to sign him. Junior, who has played 41 games for Barcelona in two years, has played as a left-back, a right-back and was also used in the line of three centrals when Koeman changed the tactical drawing last season.

However, he never managed to snatch the title from Jordi Alba or confirm the good feelings he left during his time at Betis. Barça, whose gross debt exceeds one billion euros, needs money to finance the new signings and to reduce the salary bill and avoid serious financial problems with La Liga. Neto, Samuel Umtiti, Miralem Pjanic Philippe Coutinho and Martin Braithwaite are other players on the transfer list.

Jean-Clair Todibo was sold to Nice last weekend for 15.5 million euros, between fixed and variable, while the American winger Konrad de la Fuente will complete his transfer to Olympique de Marseille in the coming days for about 4 millions of euros.