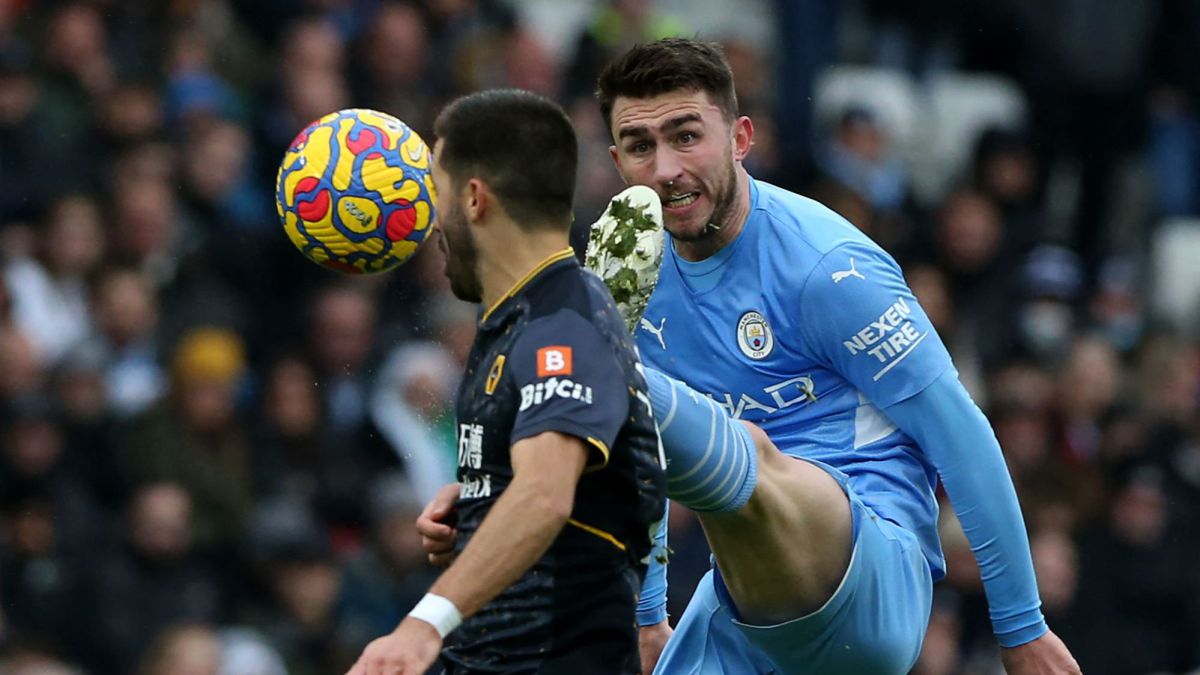 Aymeric Laporte has changed his role in Manchester, to the point of going from being transferable and being in the orbit of Barcelona to fighting for the position of best center-back in the Premier with his teammate Ruben Dias. What’s more, in summer he was not far from leaving and perhaps only the economic difficulties that Barça are going through today kept him away from Barcelona. Too There was speculation about the possibility of a barter, in which Sterling was included in exchange for Ronald Araujo and Ousmane Dembélé. None of that came to fruition and, given what has been seen, everything indicates that the center-back will spend many more years with the Etihad as a fiefdom.

The Spanish international is already an indisputable starter for Guardiola and it is Stones who happens to have a secondary role. Nevertheless, The Englishman continues to rotate his teammates in the center of the rear or to act from the side if the circumstance requires it. Although it should be remembered that he arrived as a galactic in 2016, for an amount close to 60 million euros and with enough gallons to become the central guarantee for a decade. Laporte has managed to surpass him and no one disputes their criteria in the center of the rear.

Luis Enrique called Laporte for the Eurocup after solving papers and at the time he was questioned because the former Athletic player was not usual with Guardiola. The coach knew what he was doing and his work with Guardiola was already a strong enough guarantee to make sure he would perform at the right level. Said and done, a European Championship took place at the highest level and now that injection of confidence translates into more minutes and a fantastic performance. Who knows if his role would be different if the call from Spain had not come. The truth is that he proved his worth in summer and Pep has been writing it down in his notebook. Today, indisputable in an entire Etihad Stadium. Almost nothing.

Beyond its evident improvement and the paradigm shift in regards to its opportunities, there is more data that justifies the decision taken by Guardiola. City has swept the best eleven in the Premier League so far this season, presented by CIES. Laporte is included in a rear with his teammates Ruben Dias and Cancelo. Complete the defense Alexander-Arnold and in the goal, Mendy. That is to say, right now, Laporte is the best center-back in the Premier along with Ruben Dias. Nobody doubts the Portuguese, his stripes and hierarchy, but the protagonist of these lines already follows him very closely and is a clear protagonist in that City is the leader of his league with only nine goals conceded. Ahead, the Spanish Rodri, Henderson and Bernardo Silva form the core. Above, Liverpool’s trident: Salah, Mané and Jota.