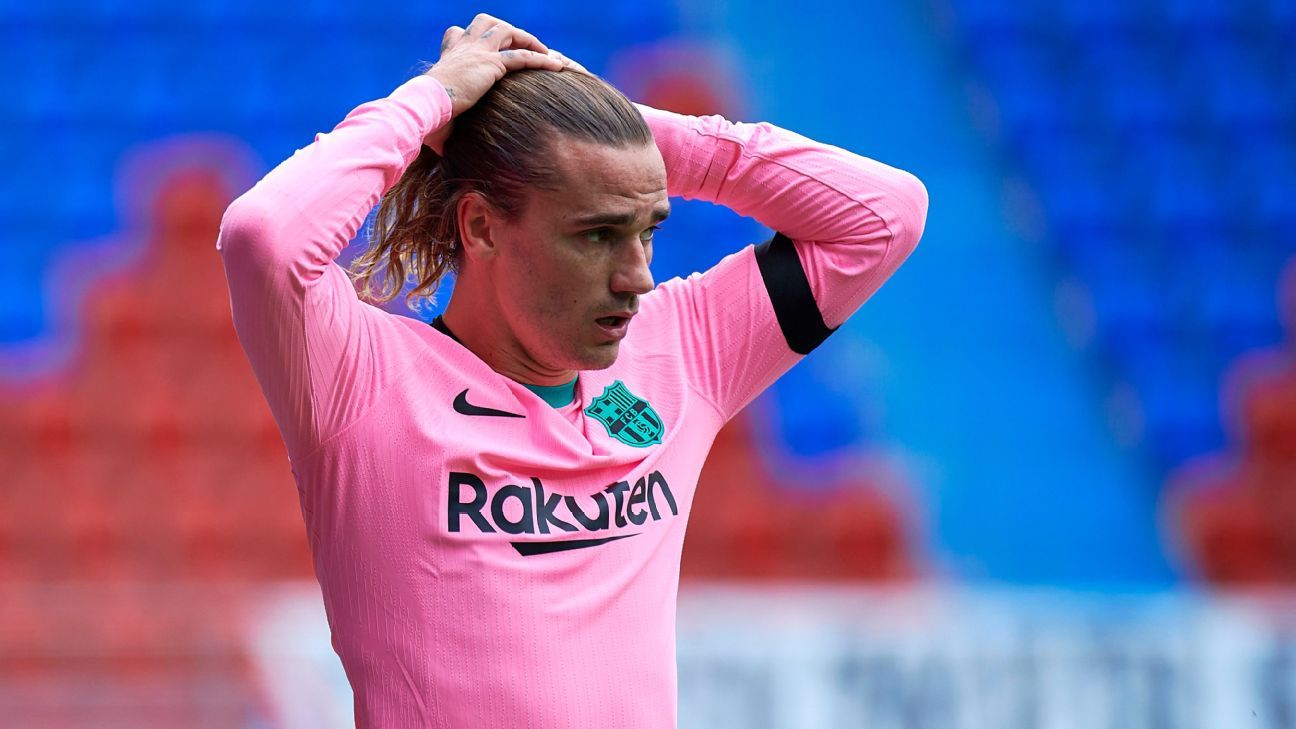 BARCELONA – Joan Laporta expressed himself studiously ambiguous this Thursday when asked about the future that awaits Antoine Griezmann at Barcelona. The Barça president valued the French striker, took it for granted that “we have him” at the club but did not guarantee his permanence at Barça one hundred percent, revealing that “there has been interest in him” and agreeing that the market is open to many options “in exchange operations”.

The Barça leader did not refer directly to the publicized operation with Atlético de Madrid and revealed that Griezmann “is a Barça player, has a contract in force and unless some circumstance happens we have him. It is true that there have been movements in the market but it is still too early ”.

“The market moves and exchanges of players can take place”, intervened Mateu Alemany, invited by Laporta to explain the situation of the French player, of whom he said is “highly valued at the club and we are very happy with him” … Although He also advised that nothing can be taken for granted at this time. “We have to be open to all scenarios although it is not easy for anyone to come with an interesting proposal for him.”

Griezmann, meanwhile, remains oblivious to all the media noise that is repeated around him and this Thursday he trained, being a party day, to accelerate his set-up. ESPN Deportes could learn from sources close to the footballer himself that his intention “has not changed” and that he remains “calm and firm” in his desire to continue at Barça.

Laporta finished the question by making it clear that the market “is still starting, hardly anything has moved and all the clubs are in difficulties. Griezmann has interested clubs and what we want to do is build our squad with a financial balance. We have no problem. with Antoine, we are delighted with him … But we are all professionals and we are open to all possible proposals “.

Rejecting some alleged statements to the newspaper L’Equipe by someone close to Antoine in which he revealed that ‘Antoine is not willing to accept any exit conditions simply because Barça is in a complicated situation’ (“this should be said in L’Equipe where it comes from “), the same source also denied a trip by the footballer’s sister to Barcelona to deal with the club” because she has a home in Barcelona and is already here “, although making it clear, once again, that from Barça no conversation has been held either with the player or with his sister, who represents him.

The French forward knows through third parties the possible interest of other clubs in his hiring but if necessary, revealed the source consulted, “he should always speak to Barcelona first”, stating that this is a scenario that is not being considered today. because there has not been any communication that makes him think that Barça was looking for a way out.

Laporta, however, was not so clear in his observations. Does Barça count on him? Yes. Is your stay at the club insured? Not so much…