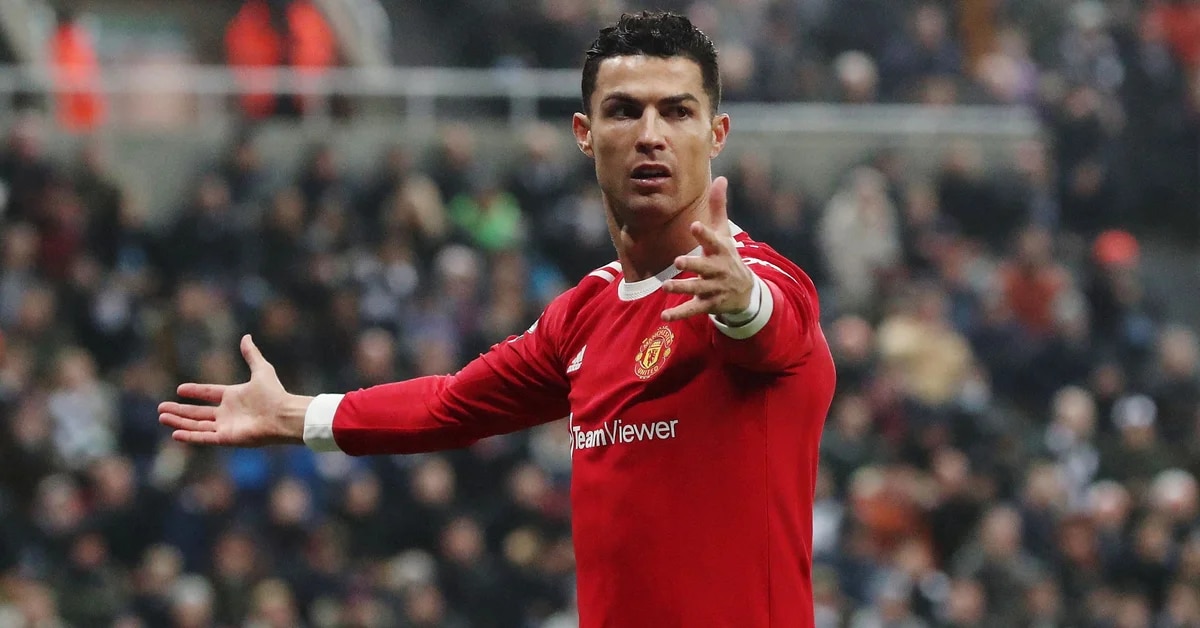 This Monday the Manchester United he played again after 16 days and barely drew 1 to 1 against him Newcastle, who was last in the Premier league. The red box comes from firing its coach Ole Gunnar Solskjaer and instead assumed, on an interim basis, the German Ralf rangnick, but this change of rudder does not seem to be giving results and who spoke about it was Gary neville.

The former footballer who won 31 titles in his time at the club under the orders of Sir Alex Ferguson Now he works as a sports commentator and could not hide his anger with the current squad players and especially with their figures.

“They are a lot of complainers”, held in Sky Sports during halftime of the game when United trailed 1-0. ″ Look at them in that field. I will not go into names, but they complain to each other, arms raised complaining about everything”. In the broadcasts of the matches, this aspect is clearly seen when a footballer makes a mistake; It is there where some of his companions extend their arms and shake their heads in a clear gesture of annoyance.

The former midfielder recalled that he spent 20 years in that locker room and that when something went wrong the players used to lean on each other, but here that does not seem to happen: “There is something that is not right from the attitude and I do not know what it is. But there are definitely a lot of complaints, everyone is complaining, they don’t help each other”. In this sense, he warned: “There is a bigger problem that is happening, Maguire has the tape but does not feel like captain.”

Mainly, Neville pointed out against the figures of the team: “Cristiano and also Bruno (Fernandes) make many gestures. Cavani is on the substitute bench, but I have seen him and he is a fantastic player. It gives the feeling that this set of things that are happening are not right and Rangnick has only been around for a few weeks ”.

For this reason he wanted to separate the German coach from the conflict and blamed the squad for the bad present of Manchester United, seventh in the standings: “They took out the last coach (Solskjaer). Ralf Rangnick is not going to be fired, he has only been with them for two or three weeks, but they will remove a lot of coaches if they continue like this, because that’s a very, very bad performance. ”

The 46-year-old former footballer was clear in remarking that the problems of the team -according to his point of view- do not have to do only with sports, but there is something deeper: “There is no pressure, no urgency, the basics of the game . Every battle in the game they have lost. It was a really poor performance. Not a single thing has gone well as a team. No player can go into halftime and say they have done their job or done justice to themselves. ” At this point, he insisted, “There are still the basics of the game that you can do right: win your battles, go for tackles, show a bit of urgency, make it sound like you care.”

The Manchester United barely tied this Monday with him Newcastle, who was last in the Premier league, and was seventh in the table, 19 points behind the leader, City, when there is still half of the season to play and the Red Devils they had prepared to fight for the title. Once the game was over, Cristiano Ronaldo quickly left for the locker room, without waiting for his teammates.

Cristiano Ronaldo’s kick in Manchester United’s draw against Newcastle
Night, party and cumbia in Rosario: the dance of Lionel Messi and Antonela Roccuzzo in a Los Palmeras show
“Summer Rosario”: the photo album of Lionel Messi and Antonela Roccuzzo with their children in the pool
The latest initiative of Barcelona to get out of its economic crisis that has Messi as the protagonist

Lapidary criticism of a Manchester United legend against Cristiano Ronaldo and the team figures: “They are a lot of complainers”