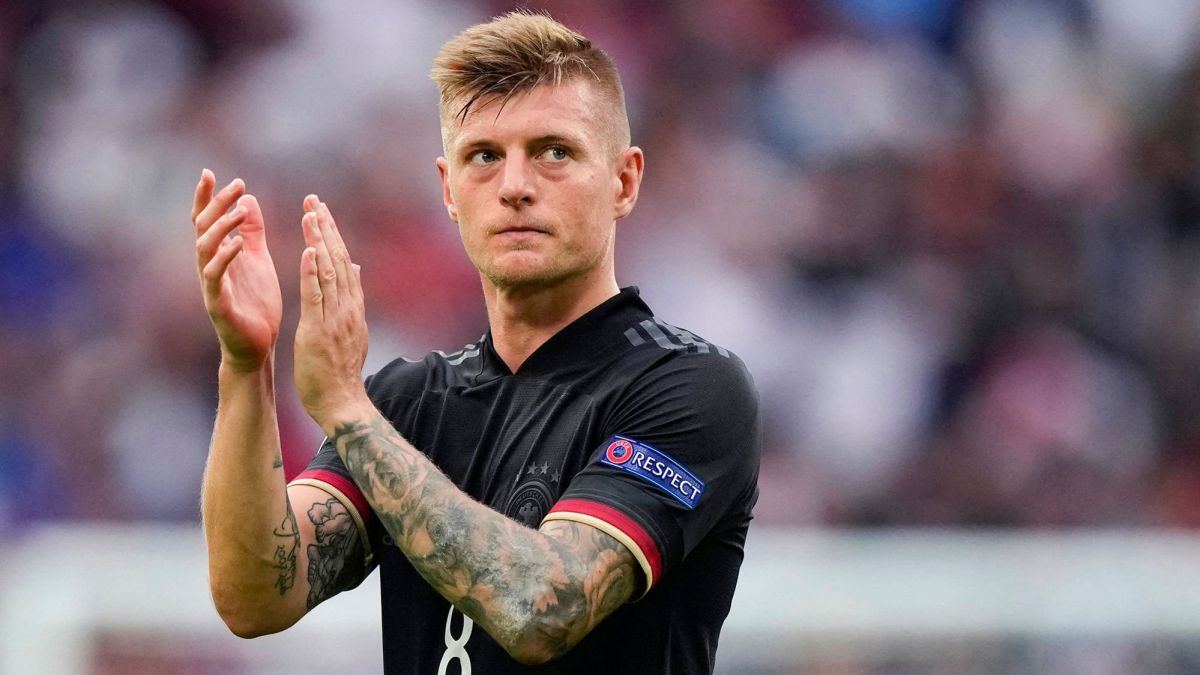 Uli Hoeness shot like in his days as a footballer. The former forward and former president of Bayern Munich, who now holds the position of honorary president of the club, cHe harshly ripped Toni Kroos on EM Doppelpass on the German television network Sport 1.

“In the third qualifying game for the World Cup we played with three behind because Löw had to put Toni Kroos in. Kroos has no place in this footballl. It is the main problem. I like him a lot, he left world-class matches and it was great for Bayern, but his way of playing is finished. It should have been said: “Kroos does not fit in this football with his horizontal passes.” It is played vertically. He runs forward with the ball at full speed. Against England, we were 1-0 down in the final quarter of an hour and Kroos didn’t get over the midfield line. He always played from the center circle and horizontally until the opposing defense was organized. But you have to take risks, you have to play with someone, get knocked down … That is a problem, “began the German.

The criticism was also focused on Joachim Löw, who he blames for having chosen Kroos in front of other players. “If we had played with a defense of four and with Goretzka, Kimmich and Müller plus Sane, Gnabry and Havertz we would now be in a different position. Germany played terrible football, “he insisted.

About several of these Bayern players, Hoeness highlighted how their character took a back seat when with Hansi Flick in Bavaria they did ‘discuss’ tactics. “I know our players and they are very confident guys who had a lot to say with Flick. I know they were unhappy with the situation, the tactics … And yet they accepted it. I did not know that face of our players. I do not understand … “, sentenced.

The Honorary President of Bayern also spoke about his former coach, Hansi Flick. “The pressure on him is enormous. It seems that a messiah is coming,” he said about the coach who will take over from Löw for the next World Cup in Qatar in 2022.

Matthäus and Basler join the criticism

Mario Basler, a former footballer and now a commentator, also influenced the criticism of Toni Kroos. “With Kroos and Gündogan you have the same football, the same rhythm.The next day, Kroos’s stats are excellent. A thousand passes, yes, but only two that exceed eight meters, “he said.

These are in line with those of Lothar Matthäus. “He sees himself better than I rate him. It is nothing personal: I congratulate him for everything he has achieved at Real Madrid and in the national team. Hats off to his career and his overall performance, Toni is a great and elegant player. But his performance in the Eurocup was disappointing, he couldn’t lead the team. I have missed the passion, the fire and the vertical passes. All the contact with the ball does not help, it is nice to see him, but not It is effective. His low passes and long centers are like his hairstyle: nice and clean, totally correct. But that takes time and spirit out of the game. There were too many horizontal passes, he threw himself too far back … “, he wrote in the Bild.

In a tweet in German, Toni Kroos responded to the criticisms made by both Hoeness and Matthaus, whom he indirectly cited as the former president’s own ‘gardener’. “He is a man with great soccer experience (although it was not enough for the RTL) little interested in the controversy and completely at peace with himself. Just like his gardener (referring to Matthaus)“Kroos wrote.

With the reference to the gardener, Kroos recalled a well-known discussion by Matthäus with Hoeness in which the latter told him that when he finished his career he would not even be the Bayern outfielder. “We can both laugh at the gardener’s comment now. Recently, Uli reminded me that he felt sorry for saying what he said the next day,” he said. in an interview with the club’s website a few months ago. In this, Matthäus himself recognized his ability with plants. Kroos continued to defend himself and enchanted a tweet in which he appeared as the best player in the Euro in terms of passes in the group stage. “Uli won’t like this,” Kroos added by comment.