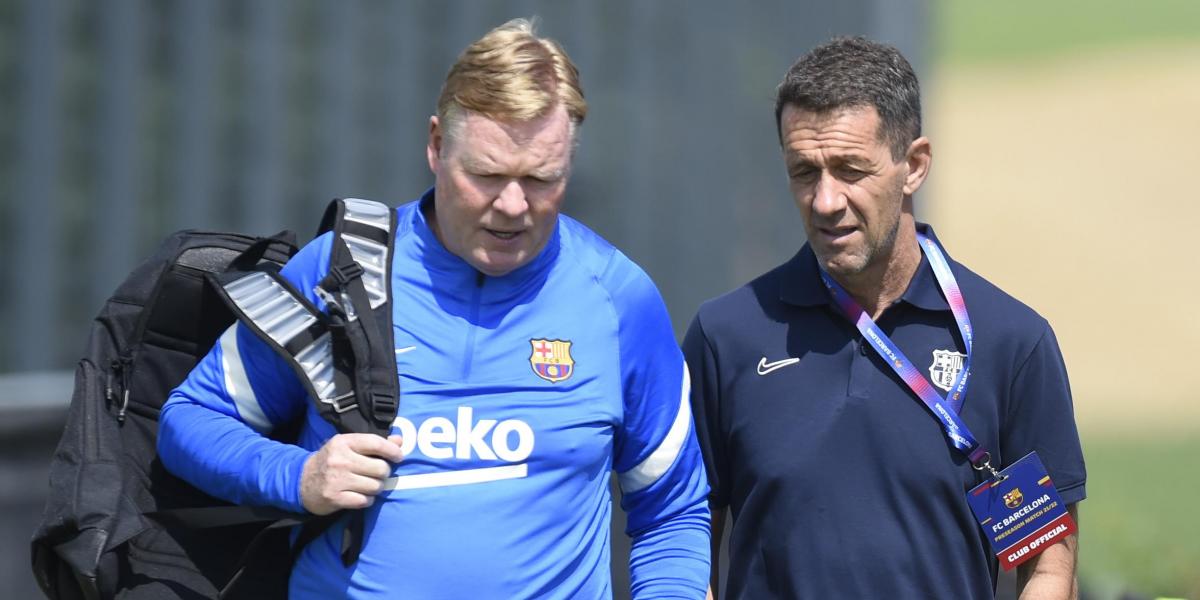 Ronald Koeman he considers that he lacks a leading scorer to complete the squad and has thus been transferred to the sports management of FC Barcelona. The coach understands and assumes the financial situation of the club, but hopes that if there is any possibility, he can join a nine before the transfer market closes on August 31.

The march of Leo Messi, injury to Kun Aguero and the possible departure of Braithwaite are three of the arguments that the technician uses to justify his request. Koeman, like almost everyone, took for granted the continuity of Leo Messi and had the 30-40 goals that the Argentine assured. Without the crack and with Omen injured at least until November, the Dutchman sees how he must face the start of the season without the two players who a priori had to give the team more scoring ability. Y Braithwaite is in the window, pending to be transferred in principle to the Premier League.

Koeman He is fully aware of the delicate economic situation of the club and the problem with the salary bill, but he hopes that several exits can take place before the market closes and then be able to face the signing of the forward he wants.

Without Messi and for the moment without Omen, Koeman neither can you count on yet Ansu Fati and facing the premiere in the League it only has available as forwards Griezmann, Memphis Depay and to the transferable Braithwaite. Dembélé he still has several months off and the role of Coutinho, who could also act as a forward is unclear for now. Yusuf Demir, one of the sensations of the preseason, will also have prominence in these first games.

The club will do its best to satisfy the request of Ronald Koeman, who has specified that he wants a ‘nine’ and not a wing player, but aware at all times that the situation is not easy. If it is not possible to sign an external striker, for the moment the resource is the tip of the subsidiary, King Manaj, who has already thrashed in preseason with the first team, but whose continuity in the club was not guaranteed either, since if a good offer arrives it would also come out. All open until August 31