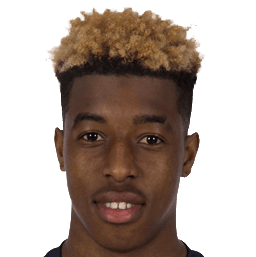 Things are going to change drastically at PSG and everyone knows it. From the fans to the players in the squad. The soccer players are no strangers to the information that the French press handles about the team. Leonardo left and Luis Campos has taken over. Pochettino is hours away from leaving PSG and there are going to be changes in almost all lines. Starting with the defense. There the Marquinhos-Kimpembe duo ended up questioned. Sergio Ramos was not available to Pochettino in most of the games and the first thing that has been reported is that Luis Campos is looking for a relevant central defender to include in the equation. He met with Inter to explore Skriniar’s option.

LRumors reach the players and Kimpembe took the hint. The youth squad and central defender of PSG approached his future from the concentration of the French team without mincing words. “Everyone knows the love I have for PSG, it’s mutual. I will be 27 in August, it is a key moment in my career. I am waiting to meet the future sports management in relation to the club’s project. We’ll have to discuss pretty quickly,” he stated. His words were taken as a warning. He is not sure what is going to happen and demands that the club explain the project to him. This Monday he expressed himself in the same way again.

“I said I wanted to know what the club’s project was. I did not say anything wrong. I came to the club when I was 9 or 10 years old. It is legitimate to be able to ask your club what the project for the future is and what role will be assigned to you”, Kimpembe slipped again. PSG are looking to sign a coach while Pochettino’s contract is resolved. Kimpembe doubts, he wants to know if he is going to be counted on in the same terms and where a project that received the thunderous push of Mbappé’s permanence is going to walk, but from there there are many doubts. The central defender has options and there are going to be changes in defense. He wants to continue counting on Ramos, but the Spaniard is unknown.

Kimpembe casts doubt on PSG: “I didn’t say anything bad”