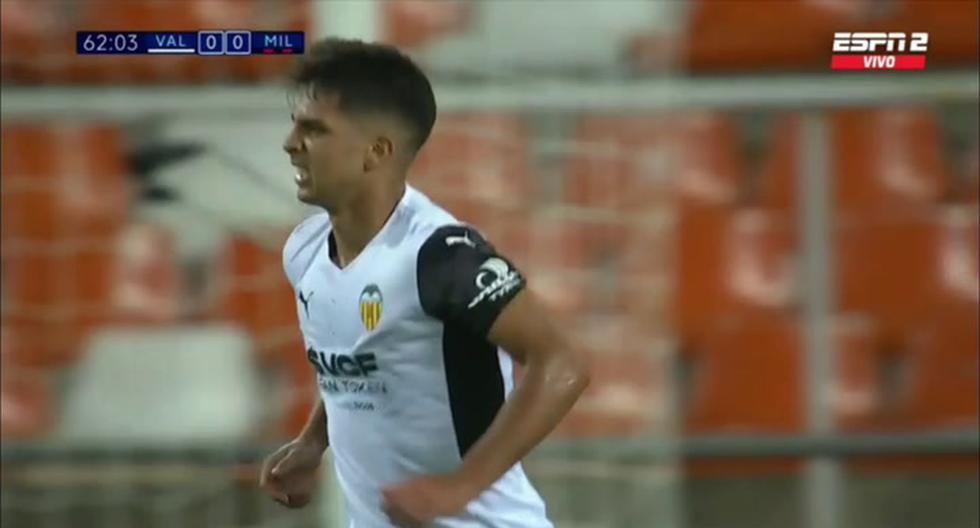 In the absence of ten days for the start of LaLiga 2021-2022, Valencia he played his penultimate friendly match. He faced the powerful AC Milan, the rival chosen to play the Orange Trophy, a regular tournament held by the Spanish team before the start of each season. The duel had a Peruvian presence, courtesy of Alessandro Burlamaqui.

The Peruvian midfielder played 69 minutes and had an acceptable performance. After the superiority of the Italian team, he focused more on defensive tasks and could not break lines. He just took his place and always did the simple thing.

José Bordalás ordered Vicente Esquerdo to enter instead of the former Espanyol, who withdrew applauded by the fans who gathered at the mythical Mestalla Stadium.

Despite his 19 years, he was fearless when physically colliding with rivals. At 62 minutes, he put his body well to avoid a dangerous attack by Frenchman Oliver Giroud, who had to resort to foul to try to get the mark off the Peruvian.

It should be noted that Burlamaqui has had a presence in the preparatory matches against Cartagena (22 ′) and Levante (90 ′). In the latter he had an outstanding performance and won the praise of the press that covers the painting ‘Che’.

Valencia’s last friendly will be on August 7 against England’s Brentford. Then they will be concentrated for the start of LaLiga Santander, on August 13 against Getafe. 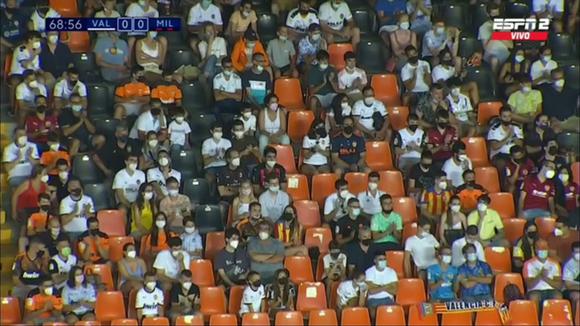 Alessandro Burlamaqui withdrew applauded by the Valencia fans in a friendly against AC Milan. (Video: ESPN 2) 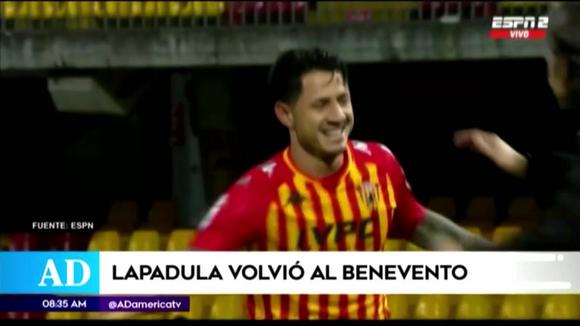 Gianluca Lapadula appeared in the preseason of his even club Benevento. However, the Peruvian is still analyzing the possibility of leaving for another club and playing in the first division. (Source: América TV)