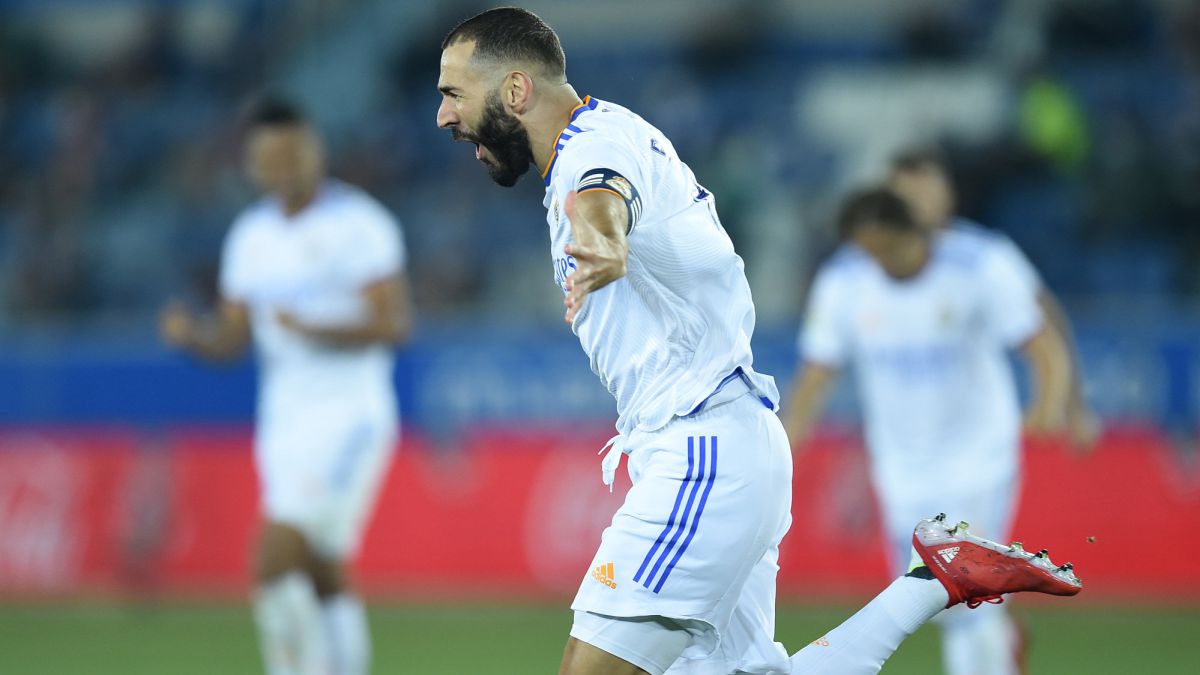 The same music sounds but with better accompaniment in Madrid. Come on what Benzema and Modric continue to hold the shed, but the ‘resurrected’ are about to lend a hand. For now, with details, like Hazard’s at 0-1, but if he and Bale manage to be half of what they were (and what they cost), Madrid will have ‘signed’ well this summer. Al Alavés only gave him for a while. Then he was run over by the talent that Ancelotti’s team still conserves, which returns as it left: grabbed the goal.

Bale-Benzema-Hazard. The BBH. Five years ago the trio would have looked like an occupying army. Today is a who knows, and save the French and who can. Bale has been an iceberg of luxury, with as many slights as goals. In recent times, the former abounded and the latter were scarce. Hazard is something else. First he arrived without hunger (for glory) and then they left him without an ankle. And between the one and the other two years have gone by. The signing that nobody would have discussed has ended up being a clear object of discussion. Ancelotti believes that both have a second useful life and with them he opened his second cycle at Madrid. With them, in an improved version of the last one that they are reminded of, and with Alaba on the left back. Players who serve so many windows are a coach’s dream. Also from the club, which with him closed his only signing so far.

The rest was completed by those who would have put Zidane and the public if they had asked him at the foot of the stadium. It is what it is. Of the dozen young people that Florentino signed foreseeing that the financial ‘fair play’ was going to be a joke, only Militao and Valverde were in the eleven. And this one was saved by the absence of Kroos. Most are still in the squad.

Neither in Alavés many reforms are appreciated. Only one exit signing (Manu García) and a certain intention to change the drums for violins, but the kickoff ended with a ball to the head of Joselu, the traditional medicine. In any case, mixing the first pressure and an orderly wait sustained the equilibrium of output and kept Madrid away from Pacheco. Above, Joselu, alone, justified Sevilla’s efforts to sign him. He always gave his people a chance with his back game. His fight with Nacho was the sauce of the crash. Edgar Méndez and Rioja also had a certain spice in the bands.

Few things have changed at Madrid. It remains what Modric invents (a lot) and Benzema’s all-rounder, amphibian player: constructor-filter-finisher. It was insufficient to shake up the game. Madrid settled, in the first half, with distant shots from Hazard, Benzema, Alaba and Bale. Little thing. Alavés, with less ball, was closer to the goal, in a shot with the outside of the foot of Pere Pons in Courtois’s beard that went high.

Team against team, Alavés did not lose stature, but magic is brought as standard by Madrid and there it can no longer compete. By a stroke of someone else’s ingenuity, he was seen behind on the scoreboard as soon as the second half began. Lucas Vázquez crossed low from the right, Hazard invented a fantasy high heel and volleyed unstoppably Benzema, the single goalscorer. Everything in a second. A work of art that seemed to throw the curtain on the meeting. From there, it rained on Alavés. The 0-2 of Nacho, for the first time the main player, in another anticipation volley, decided the fate of Alavés. And the recess of Madrid began. Valverde was released, Hazard liked, Benzema doubled.

That festival was interrupted by Militao with a huge error which forced Courtois to run over Guidetti. Joselu converted the penalty and gave life to the crash. Ancelotti wanted to accelerate the team with Rodrygo and Vinicius and Calleja drained his attacking options with Pellistri, one of those mischievous people in the League. It was late. Madrid tempered that onslaught and fired with Vinicius, author of exceptional starts and a goal. Thus he fled from the pressures and ended the win. Ancelotti already knows that the Benzema that he left in the choir today occupies almost the entire scene.