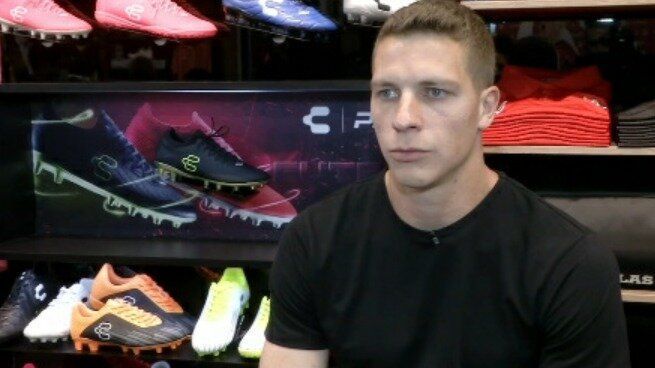 The striker of Atlas Julius Furch He assured that he is waiting to get his naturalization as a Mexican, after the Covid-19 pandemic delayed his procedures, and he showed a desire to raise his level of play to be considered by the Mexican team.

“The issue has not come out yet, my naturalization has been blocked by the pandemic. The issue is that the people who help me are finding out if they can go out these days so they can tell us to take it up again and the desire is always there, I have to raise my level to be eligible. It happens that there are great strikers and the chance can come. Wait for the letter. After doing things well to be called, “she assured in an interview for ESPN.

Similarly, the scorer of the Atlas recognized that there are great strikers in the Mexican teamHowever, he pointed out that he does not lose hope of having an opportunity to represent the Mexican team.

Given the lack of calls for players of the Atlas with the Mexican teamthe experienced striker pointed out that his teammates are in a process and with the work done in the tournament to obtain the title, in addition to the current semester, they will soon have the opportunity to wear the tricolor jacket.

“There are young people who do a great job, who are just appearing doing their second or third tournament, I think they are doing things well and they are on their way to that, they are young and I think there are many young people who are in the national team. What they have shown in the past and current tournament I think is very good for them and they are about to have that opportunity because they are doing things very well”, he concluded.

In the end, he acknowledged that he will experience the duel between Mexico Y Argentina of the Qatar World Cup 2022 with mixed feelings, because he has been in Mexican territory for eight years and his daughter is Mexican, but his family is Argentine.

“It will be nice because I have mixed feelings, my family is Argentine and today I am more on that side but I have my Mexican daughter and 8 years in Mexico. It’s a weird feeling. May the best win. It will be even and there are many Mexicans in Europe. It will be difficult for both of us,” he concluded.

Julio Furch on a possible call to the Mexican National Team: “The chance may come, to wait for naturalization to come out”