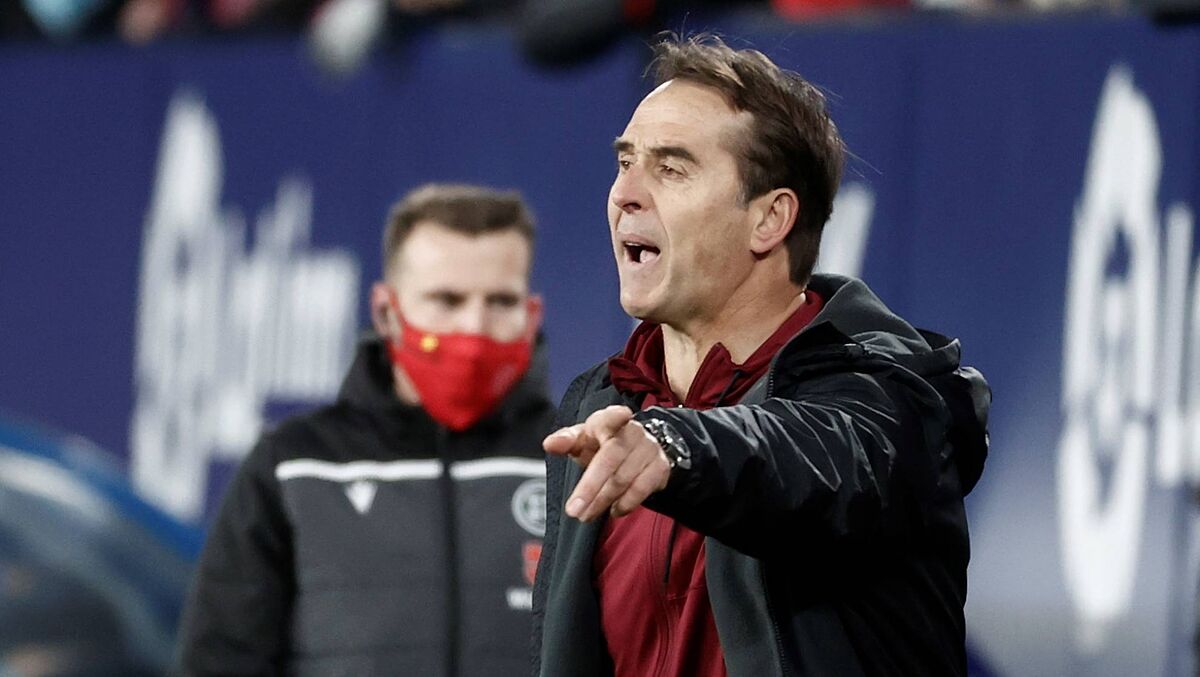 The proof of cotton in elite football is the locker room, what those who have shared day to day with him say about someone. Even more so if those who speak, as in this case with Lopetegui, they are Kroos and Casemiro. And not because of their resume, but because they both belong to that increasingly small group of soccer players who he does not use the cassette of the topicazos before the media.

The first in his

highlighting the merits of the coach was the German, also at a time when his opinion could seem unpopular. Fired by Real Madrid not so long ago,

Kroos lamented on his podcast with an inappropriate sincerity at this point what happened with the Basque: “His dismissal was the one that hurt me the most

because he is a first class technician and person. It left a bitter taste in my mouth and marked me a lot as a player.

just had a shitty moment

when he was here I was very happy for him when he won the Europa League with Sevilla”. Today, as in his day

Carvajal (“It’s the best I’ve ever had, he assured in

has joined the recognition speech

, the second of the three pillars of that CMK on which Real Madrid of the four Champions Leagues out of five was built. “I was able to go to Sevilla in 2014, I really wanted to, they made me an offer, there was Emery, the year they won the Europa League… There was Inter and also Porto, which honestly wasn’t in my plans.

I could choose and I wanted minutes, and then Lopetegui called me,

We talked for a quarter of an hour and, I’m serious,

After three minutes I thought: ‘I have to work with him’.

And the most beautiful thing is that I was not mistaken, because

what he did for my personal and professional growth was crazy.

And to this day I thank him.”

A Seville champion and settled in the lite

The words of the Brazilian in

reminiscent of Kroos. And putting the two statements together, it turns out that

Lopetegui is not considered enough,

that already in his first season in Nervin he finished fourth (equal to Atltico, third) and

lifted the Europa League against Inter,

to then dispute the Super Cup against the powerful Bayern (1-2). In the second, a few months after

He achieved the record for points in Seville history in the League, with 77 and options for the title even into the final five days. In this third course he maintains, despite the plague of casualties,

to the second team, undefeated at home and less goals scored than anyone, with Bono

aspiring to become the first Zamora ever in the entity. An abnormal situation that is sometimes perceived as everyday. But it is not, which highlights

Julen Lopetegui. If Kroos and Casemiro say so…

Julen Lopetegui: if Kroos and Casemiro say it…