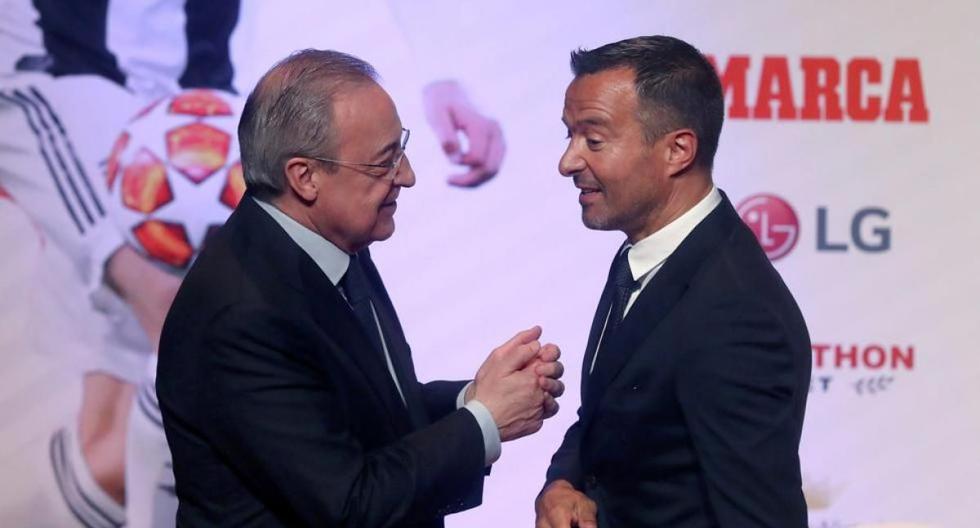 Florentino Pérez was the protagonist of the week in the world of sports news. Not for some ‘galactic’ signing that has closed for him Real Madrid, but for the publication of some audios in which he mercilessly criticizes former players, former coaches and friends of the Spanish club. Among them is nothing less than Jorge Mendes, the representative of Portuguese footballers who, according to the Spanish newspaper ‘Don Balon’, has decided to break relations with the Merengue president after get involved in conversations broadcast by ‘El Confidencial’.

“Mendes does not command anything in him (Cristiano Ronaldo). Just as he does not send anything in Mourinho. Zero patatero. Even for interviews. Nothing. No fucking case ”, Florentino Pérez is heard saying. Such words have created such great annoyance in the Portuguese agent that he is willing not to sell him more players.

Along these lines, Mendes would have given up negotiating with Real Madrid for the signing of Portuguese Ruben Neves, a player who in recent weeks had entered Italian coach Carlo Ancelotti’s order list.

“The Portuguese Ruben Neves (Wolverhampton) represented by Jorge Mendes seems to have disappeared from the list of future players for the Whites. Mendes does not want to know anything about the president of Real Madrid ”, publishes the aforementioned source on the consequences of the Florentino Pérez audios published earlier this week.

Real Madrid continues with its intentions to sue the medium ‘El Confidencial’ and the journalist José Antonio Abellán, whom it also considers responsible for the audios published by the medium, and now has transferred the documentation necessary to start the process.

Specifically, Florentino Pérez has entrusted the case to the office of Gonzalo Rodríguez Mourullo to sue both parties in defense of honor, privacy and self-image, according to Real Madrid sources.