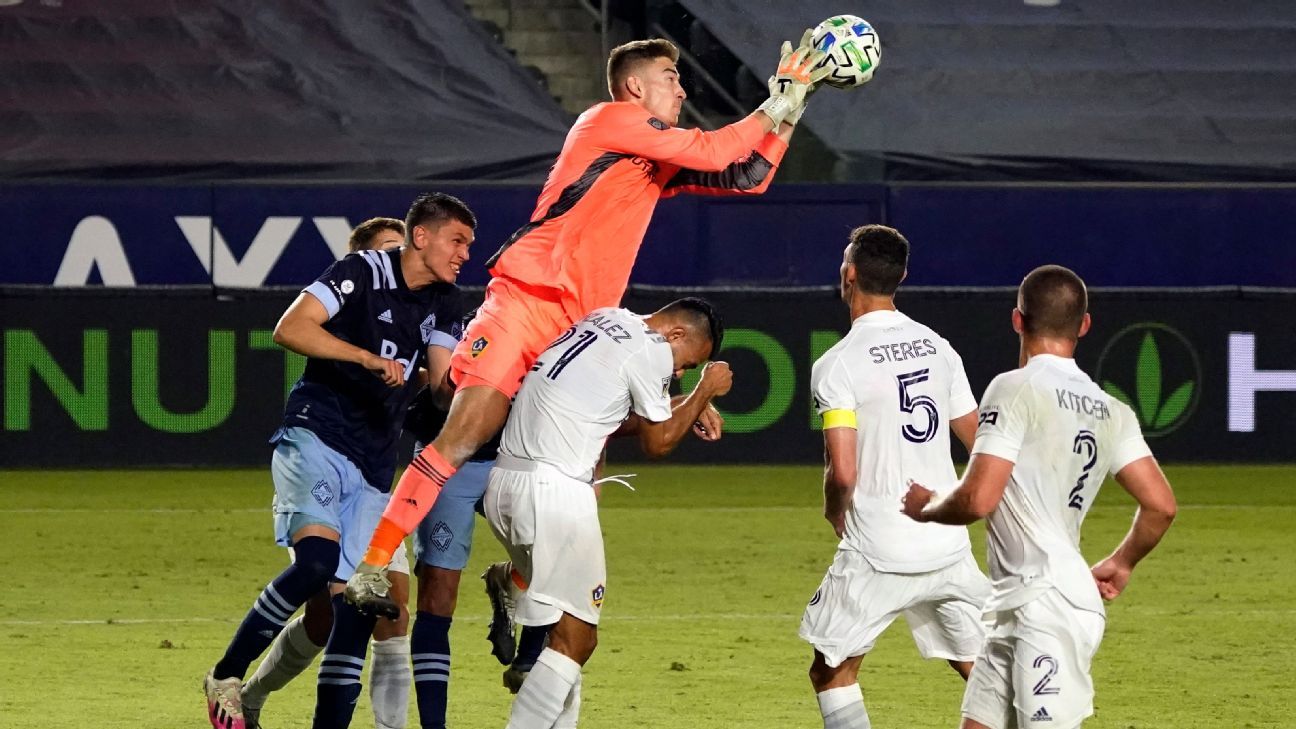 Jonathan Klinsmann, son of Jurgen Klinsmann, received the opportunity to be the starting goalkeeper of the LA Galaxy against Minnesota United, and was a fundamental piece for the Angelenos to take the victory by the smallest difference, this Saturday afternoon.

The young goalkeeper had seven punctual saves in the game. In the final stretch of the match, he managed to contain the onslaught of the local team, securing the three points for LA Galaxy.

“In a regular season, you have cup games or other commitments that allow you to rotate players to give them minutes and keep them on pace, we haven’t had that, so we thought it was the opportunity to give this match to Jonathan (Klinsmann) who has been working very hard in all training. Bondi had started all of the above. He proved today that he is ready for whatever task we give him. We would not have had the result we had without their input, ”coach Greg Vanney said after the victory.

To avoid nervousness and stay focused on the game, Jonathan did not tell anyone that he would start this game when he received the news from coach Greg Vanney, not even his father.

“I didn’t tell anyone, no one knew that I would play today. He didn’t want congratulatory messages or anything before the game. My dad is surely mad, ”Klinsmann shared. “I have been waiting 17 games for a match, I know it will not be easy because Bondi is a great goalkeeper and we have been pushing ourselves to be better in each training session. I knew I had to seize the opportunity and I did. My goal is not to be on the bench, I hope I can show with this that I can start ”.

LA Galaxy remains in the fight with Sporting Kansas City for first place in the Western Conference, a fight that also includes the Seattle Sounders. After the triumph of this Saturday, the Los Angeles team reached 35 units.

“Our resilience at the end of the game, protecting the victory was important,” Vanney said. “These tough games away from home are about showing character, fighting to the end, making plays and the guys endured having the rival on top towards the end, (I’m) proud of them for that.”

The Serbian striker, Dejan Joveljic, a new hire from Los Angeles, made his debut with the team after receiving his visa and international transfer. He did it, in addition, with assistance in the winning goal of Kevin Cabral. Your other hire, Niko Hämäläine, also debuted and played the 90 minutes.

LA Galaxy players and staff dedicated the win to their player Sebastian lletget, who, surprisingly, lost his sister. The players took a picture with Sebastian’s shirt before the start of the game and also wore a black band on their arms in mourning. Cabral himself showed the band to the public in the goal celebration, dedicating it to his partner for his loss.

“This game was also for Seba (Lletget), a player we miss, we talked about it before the game, that they put all their hearts in the game for our brother, to give him joy and something that would make him proud in the middle of such a sad moment and complicated for his family, ”said Vanney.

Chicharito He remains on the sidelines recovering from a calf injury suffered since the beginning of July. According to coach Greg Vanney, the Mexican forward is in the final stretch of his recovery and could make a comeback soon. While his compatriot Jonathan dos Santos, entered the field in the second half for Sacha Kljestan, who gave him the captain’s badge.

Coach Greg Vanney has rotated the lineup because they will have three games in seven days. They host the Colorado Rapids on Tuesday and the San Jose Earthquakes on Friday.