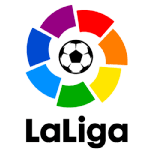 The Mexican coach Javier Aguirre fulfilled the objective for which he was hired in Majorcasave the team from decline and ensure permanence The league.

The ‘Vasco’ took on the challenge of getting the Majorca of area of decline with nine games to go and finished with a balance of four wins, one draw and four losses in 16th position with 39 points.

He debuted with a defeat against Getafe (1-0) on date 30, in a match in which his pupils fought for victory; then he passed the second exam with a resounding victory over Atlético de Madrid at home (1-0), but in the next match he showed that his work was not yet well founded when he was beaten by Elche (3-0). Later Majorca accounted for Alavés 2-1 and fueled the hope of salvation, but the defeats against Barça and especially against the direct rival for permanence, Granada, complicated the dream of permanence.

The ‘Vasco’ team had three finals left to reach the goal and the good run to end the season began with a goalless draw in a difficult visit to Ramón Sánchez Pizjuán against Sevilla. Subsequently, the vermilion team defeated Rayo Vallecano at home and reached the last day with destiny in their hands.

Interestingly the last date led to Javier Aguirre to face the team that gave him the first opportunity to lead in Europe: Osasuna. With a great game in El Sadar Majorca He secured salvation with goals from Ángel Rodríguez and Clément Grenier, leading the Mexican coach to fulfill the goal for which he returned to LaLiga after his failure at Rayados de Monterrey.

Inquiry here All the news and results of the Spanish La Liga.

On the other fronts that defined the burning of the declineCadiz was saved with a visit victory against Alavés (already relegated like Levante), which condemned Aitor Karanka’s Granada, who did not go beyond a goalless draw against Espanyol with a penalty missed by Jorge Molina.