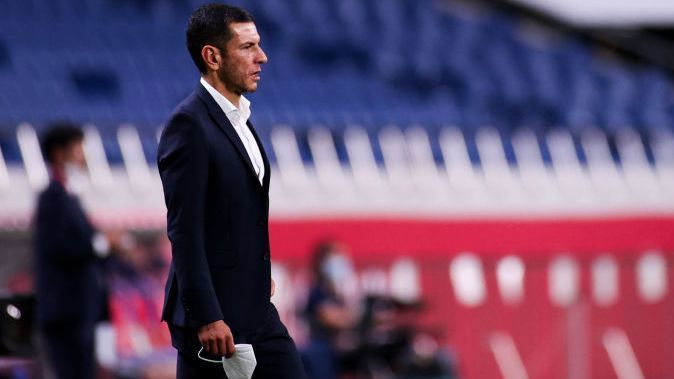 The tricolor strategist not only regretted the very probable loss of Aguirre, he also spoke about Jorge Sánchez, who will not be available against Brazil due to the accumulation of yellows

Jaime lozano, coach of the Olympic Mexican National Team, revealed that Erick Aguirre is in doubt for the semifinals of the Tokyo 2020 Olympic Games against BrazilHe doesn’t even know if he could reach the final if he advanced. The strategist also regretted the absence of Jorge Sanchez, for reprimands, against the South American team.

“Erick’s are days away, I don’t know if he’s going to make it, even thinking about reaching a final. Today the bad news is that we lose Jorge (Sánchez). To be important things in these tournaments, you don’t need 11, but rather 22. I am sure that whoever has to participate, more in the instance in which we are, is going to stand up for the team “, the technical director spoke at a press conference.

“The team feels more and more solid. I spoke with them that in these instances what is left over is motivation and what must be left over is that, that we are doing things very well. We had the necessary preparation, we had practically a month together and Afterwards, I never got tired of repeating it, I think everything is easier with the players we have. “

Lush highlighted the forcefulness shown by their leaders in the quarter-final match against South Korea, a team that scored six points.

“Today we were forceful, today we were opportune. Today we knew how to stay alone and stable in difficult moments and then the team did not stop attacking, which is important. There is no result, or they do not want to save a result. We want to be a team that proposes, we want to be a team that has a lot of ambition, that always proposes. Sometimes the rival takes the ball from us because they are good “.

“I am grateful to be part of this group, to be able to be in these Olympic Games, and especially to to be able to represent my country“.