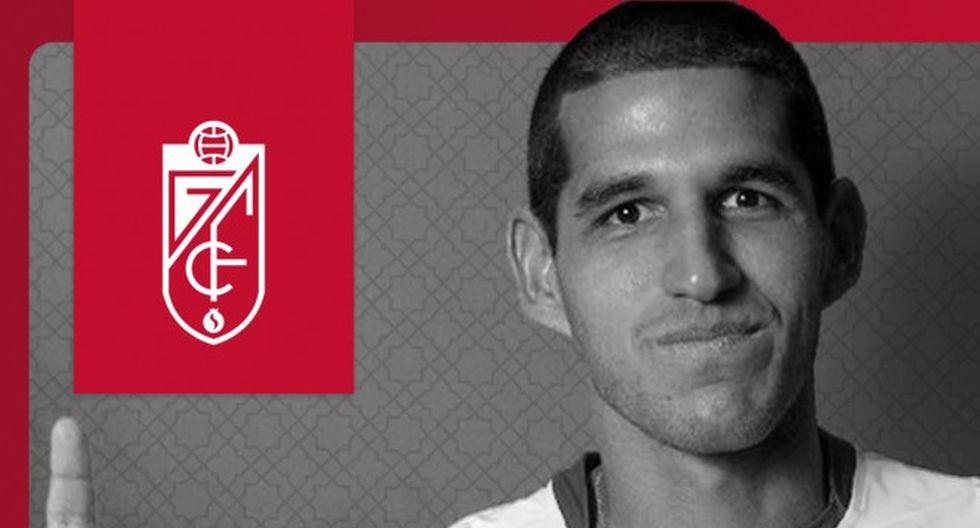 He put the signature. Luis Abram was officially presented as the new reinforcement of Granada CF of the First Division of Spain. The defense of the Peruvian Selection In this way, he will have his first great experience in Europe, after going through Argentine football before making the jump to LaLiga Santander.

“The left-handed center-back is international for the Peruvian National Team and arrives in Granada after serving the last three and a half seasons in the Argentine Velez Sarsfield”, supported the Spanish team in the brief description he made about his new incorporation with a view to LaLiga Santander 2021-22.

Notably Luis Abram He had already been in Spain for a few days, so his incorporation into Granada CF it ceased to be a mystery. Now, the footballer of the Peruvian Selection he will have to put himself under the orders of Roberto Moreno to be able to fight for a place in the starting team.

With this transfer to LaLiga Santander, the former Vélez Sarsfield player joins Renato Tapia in the short but important legion of Peruvians in one of the most competitive championships in the world, subtracting the departure of Luis Advíncula, who has just been made official as a brand new reinforcement of Boca Juniors of Argentina, after passing through Rayo Vallecano.

Granada plans to be the protagonist

With 90 years of history, the Granada CF They have experience in both the First, Second and Third Division, their most glorious time being at the beginning of the 70’s, when they reached their highest position in the LaLiga table by occupying the sixth box. However, the institution fell back to the Second Division, until it returned to the top division in 2011, with a hiatus from 2017 to 2019.

That return to Primera was under the command of Diego Martínez, who not only continued with the work carried out in Segunda, but also brought with him the first classification to the Europa League, a contest in which he competed from the second phase, passing through the round of groups and qualifying in second place, until reaching the quarterfinals against Manchester City, with which they fell 4-0 on aggregate.

For this new stage, the club has opted for a new technical direction, this time, with Robert Moreno at the helm. The Spanish strategist had some troubles, after some of the team’s figures, such as goalkeeper Rui Silva, who moved to Real Betis; as well as other references, such as Yangel Herrera (now in Manchester City) and more left the institution.