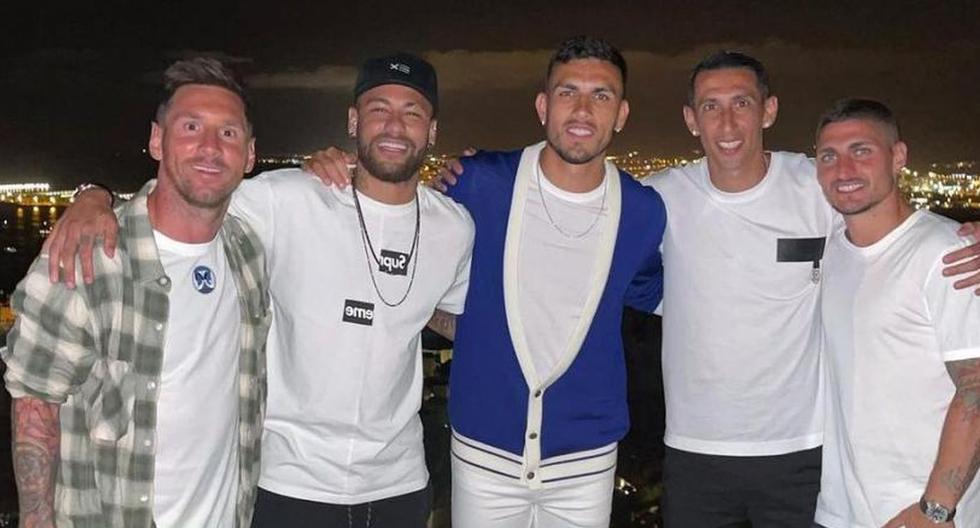 Lionel Messi said goodbye to FC Barcelona this Sunday in an emotional press conference in which he explained to the media that photograph in which he appears with the best players of the PSG during your holidays in Ibiza. The best Barça player of all time said that it was a coincidence and not a kind of anticipation of his arrival at Paris Saint-Germain, a club with which he is in negotiations, as recognized by the 34-year-old Argentine genius.

The six-time Ballon d’Or revealed that the meeting with ‘Ángel di María and Leandro Paredes had been agreed upon since the Copa América. Neymar, upon learning of Messi’s presence in Ibiza, asked to meet with his former teammate at Barcelona. Marco Verratti also arrived at the place and the moment was immortalized only two days before the Catalan club announced the departure of the ’10’, and is with a foot and a half to move to the capital of France.

“The photo in Ibiza with the PSG players is bullshit. I was going to meet up with Di María and Paredes, we already said it. We were going to spend the night. He calls me ‘Ney’ and he told me I’m in Ibiza, let’s see each other. We all got together there, Verratti was also there. They told me to go to Paris, it was all a joke, a coincidence and a photo that was given more court than it has ”, said the forward, who is looking for a club.

All roads lead to Paris

According to the French newspaper Le Parisien, an agreement between PSG and the Argentine could be reached “From here to Sunday”. The newspaper L’Equipe evoked for its part a “Record contract” three years old, “With an annual salary of 40 million euros”. The Rosario could sign for two seasons plus an optional third.

Seizing the services of the Argentine would be a blow to the table of PSG, owned by the Qataris, who have not yet managed to lead the club to the Champions League title, despite the constellation of stars signed since their arrival.