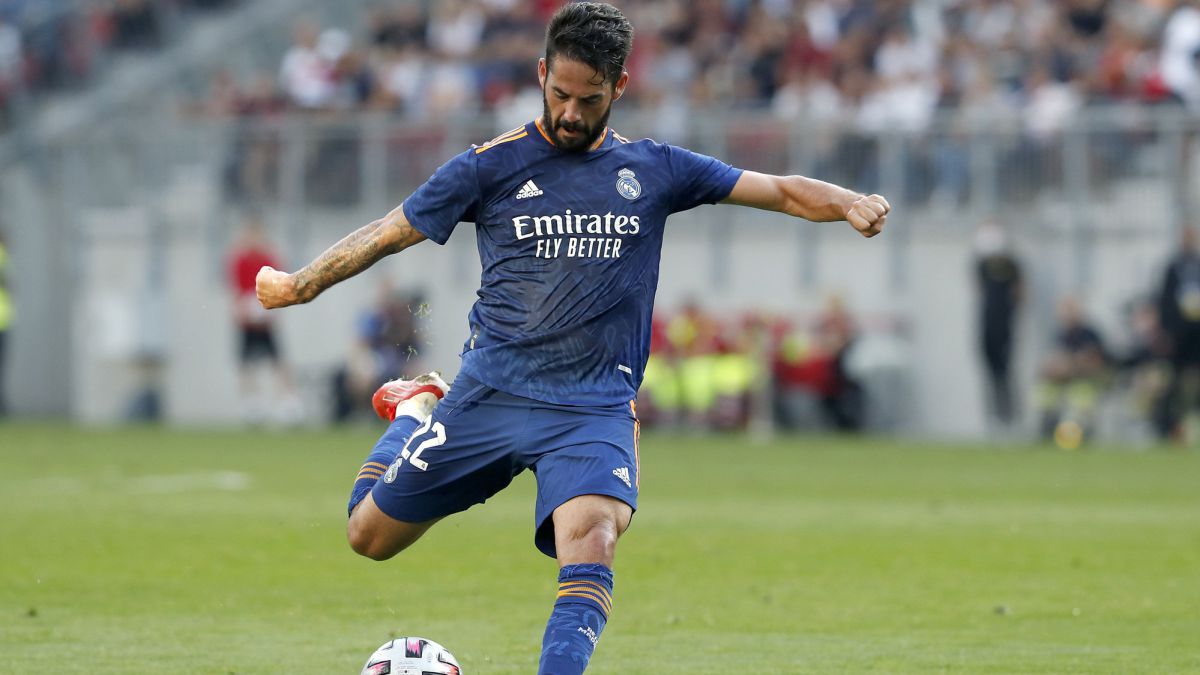 Isco Alarcón (29) is being one of the most outstanding footballers of the preseason of Real Madrid. In the friendly match against him Milan (0-0) played 84 minutes and He was one of the best of Madrid in the first half with Gareth Bale. He has played all four preseason games (Fuenlabrada, Rayo Vallecano, Rangers and Milan) and there are three days to go before the whites’ league premiere in MendizorrozaEverything indicates that the man from Malaga will be in the starting eleven.

Return of Carlo Ancelotti The Madrid midfielder’s outlook has changed on the Madrid bench. After a 2020-2021 academic year to forget in which the irregularity led him to practically disappear from the eleven holders of the Madrid, the return of the Italian coach has been a fresh air for Isco, who senses that the change of wind is now blowing his tail. In the five seasons he was under the command of Zidane, The Andalusian midfielder used to perform at a high level during sections of the season and to be forgotten at other times of the season. However, it would not be the first time, nor the last that he resurfaces like the phoenix.

Ancelotti has the Malaga footballer and that has been appreciated throughout the preseason. The Italian is hoping to get the Malaga back for the cause. For now, Isco is responding favorably and Except for surprise, he will start with Modric and Casemiro against Alavés next Saturday 14 in Mendizorroza. Discharge due to injury to Kroos and the little participation of Odegaard During the friendly match against Milan they have placed the Malaga player in a scenario that he would not have imagined a month ago, when his departure from the white club was rumored.

The malagueño already agreed with Ancelotti for two seasons (2013-2014 and 2014-2015). Precisely, it was the Italian coach who made him officially debut with the white elastic. It was on August 18, 2013 at the Santiago Bernabeu in front of Betis on the first day of League. The midfielder was the most outstanding player of the match after giving an assist and scoring the winning goal (2-1). In his first season as a Madrid player, he did not establish himself in the starting eleven, however, he was the player most used by the Italian coach. That campaign achieved the Copa del Rey and the Champions League, being an important player in both finals. During the 2014-2015 season, the injury of Bale made him enter the starting eleven during the first part of the course, in which the Madrid of Ancelotti he chained 22 matches winning consecutively and played the best football in remembrance in Chamartin. Despite this, the white team did not achieve any important title and Florentino Pérez decided to do without Italian at the end of the course. In the two seasons under the orders of Carletto, Isco played 106 games, scored 17 goals and gave 23 assists. Nowadays, Isco is before the opportunity to sign his last great contract (ends his relationship with the Madrid in the summer of 2022) and the Malaga player clings to this possibility at the hands of the Italian coach.