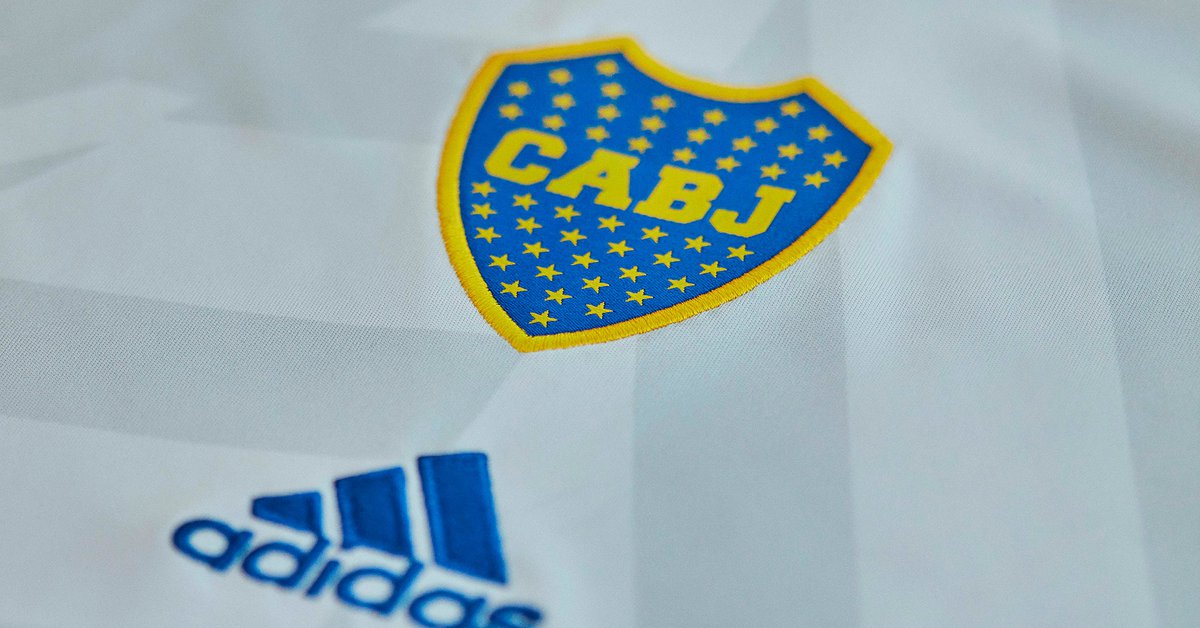 The youths emerged from the Boca Juniors quarry were chosen to present the new substitute shirt of the club. The novelty of the clothing that Adidas unveiled and that will be used this season is put on the gray color as a base after 11 years. Is about one of the most remembered models because with that tone the Xeneize was consecrated Two-time champion of the Copa Libertadores in 2001.

The brand new Boca Juniors shirt bears the gray color as a base, and is crossed by vivid in different disruptive tones in the format of irregular lines, have the blue and yellow collar and the shield, a whole novelty, it is centered at chest level, while the brand logo appears below.

In the back, under the neck, you can see the word XENEIZE Y the numbering will be bicolor inspired in which they used the first intercontinental champions in the year 1978. The three shoulder straps are blue and the outfit is completed with gray shorts and tights to match.

Inspired by the one worn by the first world champion team, Boca presented a new substitute jersey with a novelty of the shield (Photo: Adidas)

With this launch, which is part of the “From the Neighborhood to the World” campaign, Adidas highlighted the young people of the club who already have a presence in the First Division and also inspires the youth who are part of the quarry and who train to reach the highest category.

In the campaign -with several nods to the new generations- you can see the players Cristian Medina, Alan Varela, Luis Vázquez and Ezequiel Fernández, some already consolidated in the First Division and others earning their place in the team, and the youth Eugenia Flores and Estefanía Palomar.

The Xeneize substitute jersey is available in the AEROREADY version, as well as the high-performance HEAT.RDY technology, the same one used by players on the court. The premiere will take place next Sunday, August 1, on the 43rd anniversary of the aforementioned Intercontinental Cup, when Boca Juniors visit Talleres de Córdoba for the fourth date of the Professional Football League.

The presentation of the shirt was made through a Twitch live with a theme oriented to Generation Z. Different streamers and influencers participated in the transmission such as Joaco López, Luquitas Rodríguez, Goncho Banzas and Acru, among others, all recognized fans of the club. la Ribera who were unveiling the details of the new clothing live.

The new Xeneize clothing is on sale exclusively from today for members of the Adidas Creators Club program through https://www.adidas.com.ar/boca_juniors, in adidas APP, at https: // www. bocashop.com.ar, in the Bitega store and soon in the adidas Unicenter stores, Florida Store, and in the main sports businesses throughout the country.

The agitated Boca Juniors pass market: it closed a new reinforcement and one of its figures demanded to be transferred
The date of the Superclásico between Boca and River for the Argentine Cup was confirmed
While defining his future, Carlos Tevez enjoys his vacation in Argentina: what extreme sport did he practice