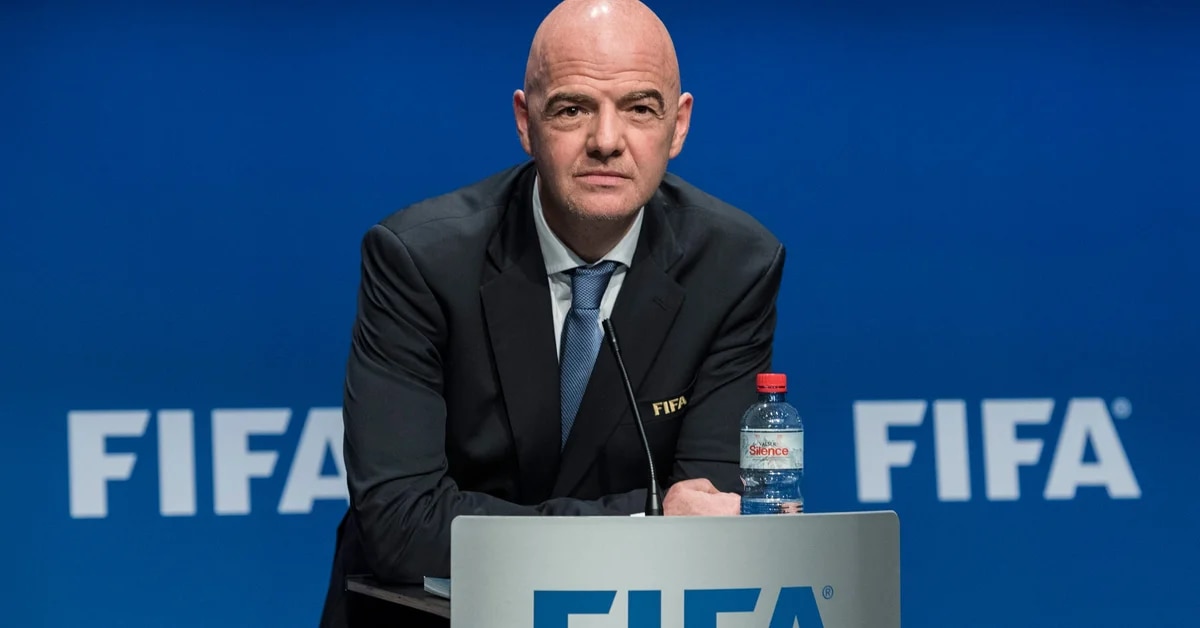 The president of FIFA, Gianni Infantino, in a file photograph (EFE)

The FIFA The debate on the project of holding the World Cup every two years during the Global Summit held since Qatar virtually. With Gianni Infantino as the promoter of the idea, now is the time for each of the 211 federations who make up the body decide whether they are in favor or against modifying the calendar to achieve greater economic income.

During this year, Infantino made several tours to different parts of the world to try to convince the federations to support this project, which, according to the report presented this Tuesday, would mean an increase of $ 4.4 billion for FIFA, as estimated by the consultants Nielsen Y Open Economics.

“It is important to study the 700 pages of the document and perhaps this changes the vision of many peopleand. I do not see anything wrong that we can all express our point of view, “said the Swiss in a press conference after the virtual meeting in which the member associations participated. “I am convinced that we need to discuss the future of world football and this is one more step that we are taking. And, of course, we must keep people interested in football, young people with chances to see more World Cups ”, he insisted.

FIFA’s goal is to distribute these profits into the new Solidarity Fund that will be dedicated to developing football-related projects. To have a notion of the increase that it means in economic terms, the body plans to provide its member associations with USD 16 million every four years, in addition to an increase of USD 3 million in the FIFA Forward program that already attends these entities. “Our intention is to help ‘bridge the gap’ between FIFA’s member associations and give many of them a more realistic opportunity to play on the world stage,” added Infantino.

What’s more, the report indicates that a global GDP every two years would cause an increase in world GDP of USD 80 billion in a cycle of 16 years and it would generate no less than a million formal jobs across the globe.

The vote will take place at the FIFA Assembly in March 2022 when each association must vote affirmatively or negatively on this proposal. Infantino is confident of getting the necessary support: “If we went to a vote, the World Cup would surely be approved every two years but we will seek consensus.” It is that at the moment only Europe and South America are opposed.

On the other hand, on Friday the Mother House of football published the results of a study that states that “the majority” of football fans are in favor of watching World Cups more frequently, hours after UEFA said that an independent poll called the proposals “alarming.” According to FIFA, of the 30,390 people involved in the investigation who said that soccer was their favorite sport, 63.7% were in favor of seeing more World Cups.

For its part, the report made by the UEFA found that European national federations could see a drop in revenue of up to 3 billion euros in four years and that 30% of fans would watch less national and Euro football.

The next world will be held in Qatar in November 2022 and will be the last under the current format. In 2026 there will be 48 teams participating (16 more than at present) in the contest to be held in Mexico, the United States and Canada. The objective of FIFA is to be able to approve this project as soon as possible to reduce the gap between World Cups and thus play World Cups every two years after 2030.

Infantino presented to FIFA the project to celebrate the World Cup every two years: when will the vote be taken and who is against