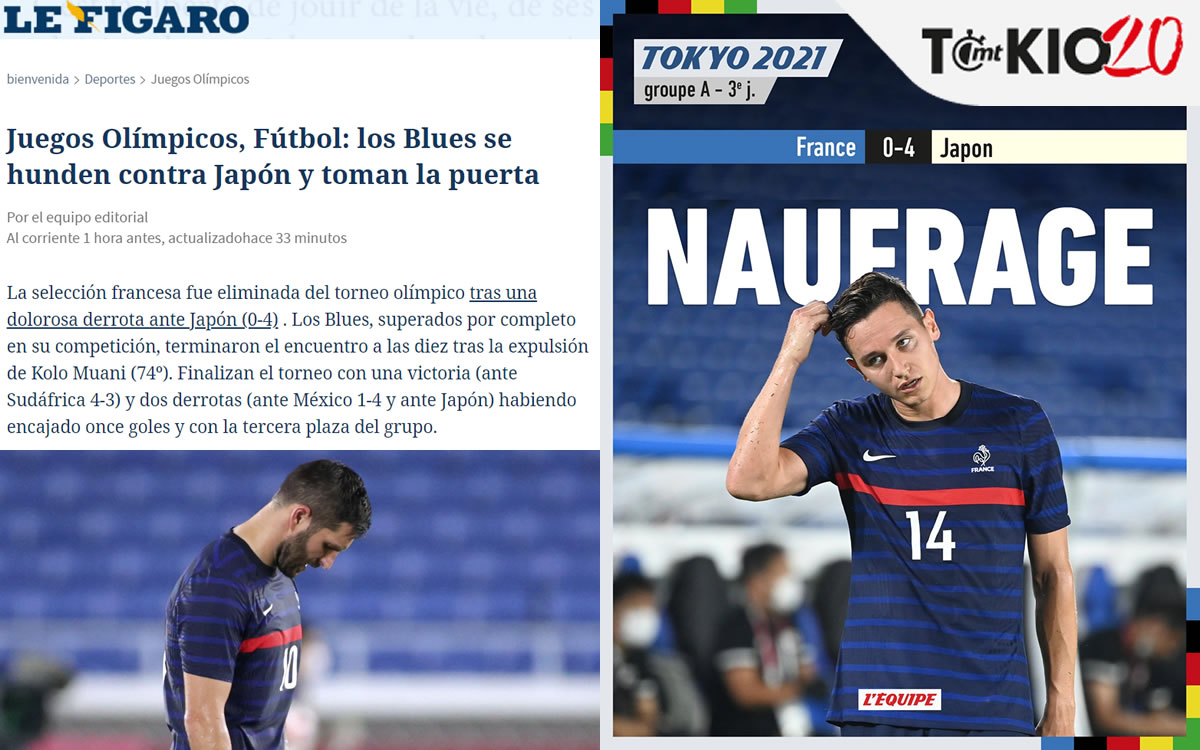 
From “firecracker and fiasco” they do not come down to Florian Thauvin between the written and digital press and the fans of France after the humiliating elimination in the Group Phase of Tokyo 2020, while with André-Pierre Gignac there are conflicting opinions because it was “the least bad” in the Men’s Soccer disaster.

With 11 goals against in three games and only a last-second victory against South Africa, due to losses against Mexico and Japan, Les Bleus are singled out in their country as a “disaster” both for the performance on the court and for the non-cooperation of the Ligue 1 clubs to yield more talented elements.

Reactions in France from 0-4 Japan

Blunt cover of L’Equipe with Florian Thauvin as the protagonist next to the word “Shipwreck”, pointing directly to the reinforcement of the Tigers as one of the most indebted players in these Olympics, to whom he went with the tag of reinforcement and World Champion in 2018, however, it was a disappointment.

And the readers of the prestigious sports newspaper go with everything against Thauvin, particularly stating that “I was looking for a great team and ended up signing in Mexico”, being an unequivocal sign of the “failure that would be as a reinforcement” of the national squad.

The digital portalSports.fr ironized with the participation of Thauvin in Tokyo 2020 and he stated that with the team eliminated, they are still waiting for the new Tigres player to “present himself” to the Olympics. For its part, Europe1.fr stressed that France was given “a soccer lesson” without the reinforcements led by André-Pierre Gignac being able to avoid the catastrophe. 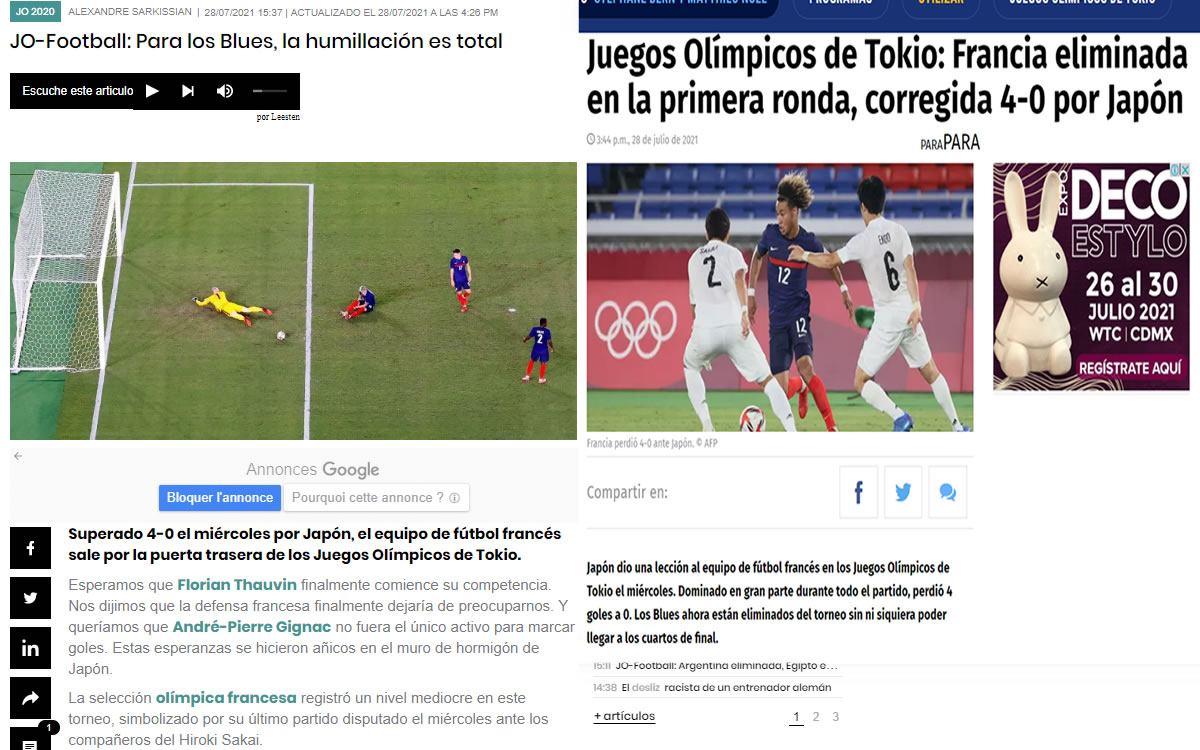 “And to think that some have compared Gignac to Benzema and Thauvin to Robben.”

“What a shame! 11 goals conceded in 3 games is no longer a defense but a sieve! #Thauvin I wonder why he was selected! #Thauvin He returns quietly to take a sip of his tequilas in Mexico.”

“Poor Tigers, they’re going to overpay a guy who can’t even eliminate Sakai in 1vs1 anymore.”

Pauvres Tigres, ils vont surpayer a gars who is the most capable of eliminating Sakai in 1vs1.