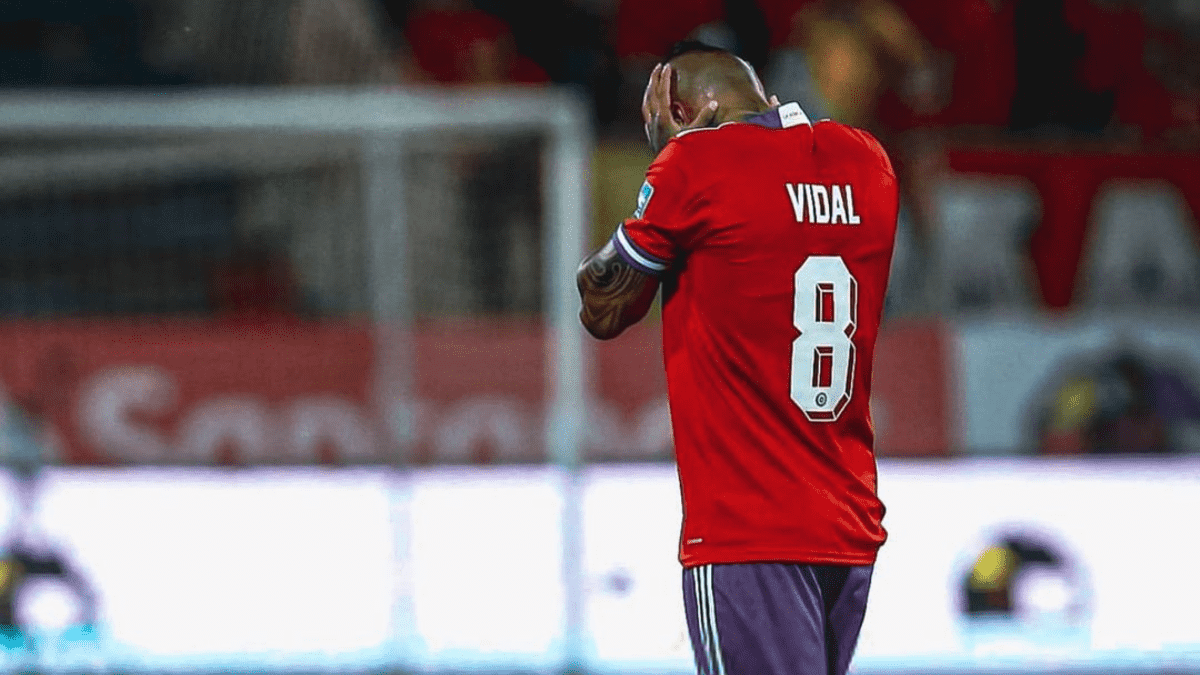 Just under a month after facing Argentina and Bolivia for two new qualifying matches to Qatar 2022, Chilean fans exploded against Arturo Vidal.

The World Cup next year is getting closer and closer and the margin to qualify is shrinking over the months, knowing that in March 2022 all confederations must have the assigned quotas.

In the last official game of the year, played in November, the Chilean National Team received their counterpart from Ecuador with the need to keep the three units and thus take advantage of the rest of the teams fighting for fourth place.

Aware that they should not miss the opportunity that their direct rivals (Colombia and Uruguay) had left points along the way, the La Roja players jumped onto the playing field with notorious nerves from the first minute.

On the other hand, the triumph of La Tri would allow him to move away from the peloton from behind and he made it known from the beginning, having control of the ball and putting himself in advantage before the first ten minutes of the match.

120 seconds after the 1-0, Arturo Vidal was expelled for a harsh infraction, which ended up tilting the balance in favor of the visit, who would sentence the story just about the end of the match with a goal from Moisés Caicedo to put the 2- 0 final.

Faced with this irresponsibility of the King, Andean fans exploded with fury against his figure and destroyed him on social networks, demanding that he not return to the national team for having left them out of the classification zone again.

The last four days heading to Qatar will be key for those led by Martín Lasarte, who are afraid of once again missing the maximum sport festival as happened in the 2018 Russia edition.