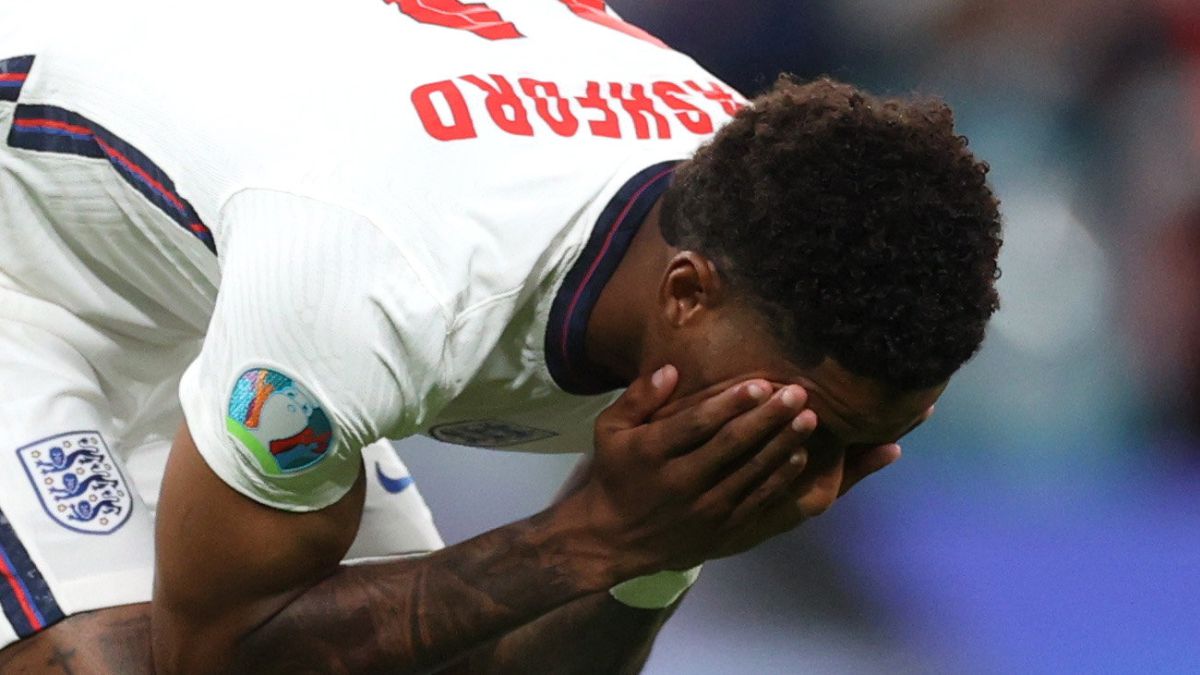 Marcus Rashford is not going to forget the final lost to Italy for a long time. Manchester United’s English striker has apologized on Twitter for his performance in a meeting in which he missed a penalty in the shoot-out after entering the field in the final minutes of extra time. He has also responded to the racist insults received after his ruling.

“I don’t even know where to start and I don’t even know how to put into words how I’m feeling right now. I have had a difficult season, I think it was clear to everyone and I probably reached the final with a lack of confidence. I’ve always had quite a run for penalties, but I didn’t do something quite right. During the long process, I saved myself quite a bit of time and unfortunately the result was not what I wanted. I felt like I had let my teammates down. I felt like I left them all down. I felt like I had been asked to contribute to the group. I can score penalties while I sleep, why not this one? It’s been running through my head over and over since I hit the ball and there probably isn’t a word to describe how I feel. Final. 55 years. A penalty. Story. All I can say. I wish it had been different. As I continue to apologize, I want to thank my teammates. This summer has been one of the best championships I have ever experienced and everyone has played a great role in that. A brotherhood has been built that is unshakable. Your success is my success. Your failures are mine. I’m part of a sport where I read things about myself, whether it’s because of my skin color, where I grew up, or how I decide to spend my time off the field. I can accept criticism of my game, my performance was not quite good, I should have been right, But I will never apologize for who I am and for coming from where I come from. I have never felt prouder to wear these three lions on my chest and watch my family cheer me on in front of tens of thousands of people. I dreamed of days like this. The messages I have received today have been positively overwhelming and seeing the answer in Withington brought me to the brink of tears. The communities that always surrounded me continue to support me. I’m Marcus Rashford, 23 years old. Black man from Withington and Wythenshawe, south of Manchester. Thanks for all the nice messages. I will come back stronger. We will come back stronger“.

The forward’s letter has had a lot of repercussion in England and his rival in the city, Manchester City, showed him their unconditional support. “All of Manchester and all of England are proud of you Marcus “, wrote the institution citizen.

All of Manchester and all of England is proud of you, Marcus 💙

The penalty shootout for the Eurocup final featured three players under 23 years of age: Rashford, Sancho and Saka, who missed their shots. All of them black. All of them, object of racist messages. Gareth Southgate, the English coach, took on his responsibility when it came to choosing the shooters: “The penalty shooters are my decision, they are totally my decision. It is my fault. I decided based on how the training had gone, but no one is alone. We win as a team and we lose as a team. “