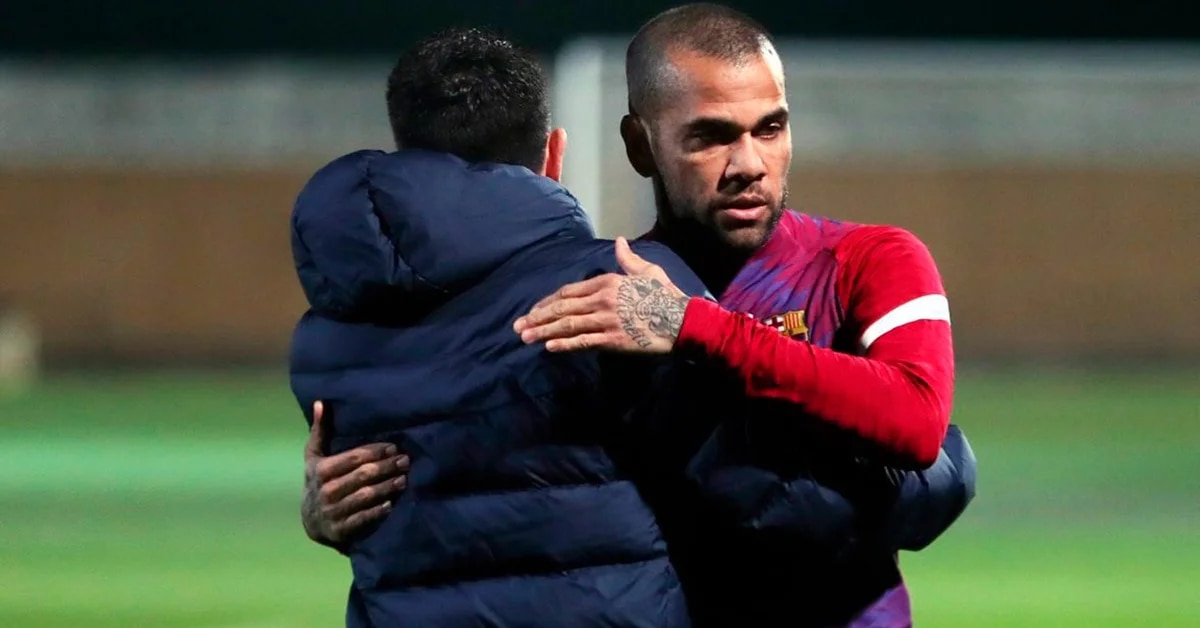 After a very active transfer market, the FC Barcelona from Xavi Hernandez face the final part of the season with new faces and intentions to end the season in the best possible way. One of the first reinforcements was Daniel Alveswho returned to Camp Nou with 38 years to contribute all his experience in a young locker room. Then they joined Ferran Torres, Adama Traore Y Pierre-Emerick Aubameyangwhich forced the DT to rule out one for the Europa League list, where only three new players could be registered.

Xavi He decided that the one discarded was Alves and, in his last press conference, he explained that leaving the Brazilian side out of those registered in the European competition has caused him a lot of discomfort. “I feel bad about the decision”commented the trainer culé.

Delving deeper into the reasons, Xavi acknowledged that it would have been difficult to cut anyone off and that the choice of Daniel Alves It was absolutely tactical. “Whatever decision I made, I would feel that way. We chose Dani because of the position. We believe that we have the right side better covered than the front. It is unfair to him,” she added.

Xavi decided to leave Dani Alves out of the list for the Europa League because he has his position covered.

Surely it was not a pleasant news for Daniel Alves, who is a very competitive footballer. However, despite the fact that he acknowledged that he did not like him, he has assured that he perfectly understood the decision he made Xavi. A few hours earlier, in an interview with #Let’s gocommented that he knew there were several candidates for the right back.

“The coach knows what I think. I am always focused on trying to contribute as much as he can. We are employees. The club decides. I came to help, to add things, to bring a degree of competitiveness and winning spirit. If helping means staying out, welcome. They are phases of life that one has to accept. I would have liked to be inside, but unfortunately we were four players for three seats. I’m not going to get bad vibes. I’m going to keep trying to help,” she commented.

With his new players, the FC Barcelona will make its next presentation at European level next February 17th in the first leg of the round of 32 against Naples. He has added some variants in offense and Xavi believes that the club did a “great job” in the market. “The club has done a great job, both Mateu Alemany and Jordi Cruyff and the president. The circumstances were not easy due to fair play and the signings made the team stronger. I am happy”valued.

The hard cross between Simeone and Xavi due to the style of play at hours of the classic between Barcelona and Atlético Madrid
Dani Alves revealed that he spoke with Lionel Messi: “It would be great if he finished his career at Barcelona”
Suspicion and a forceful decision: behind the scenes of Barcelona’s tension with Dembelé

“I feel bad”: Xavi explained why he decided to exclude Dani Alves from Barcelona’s list for the Europa League