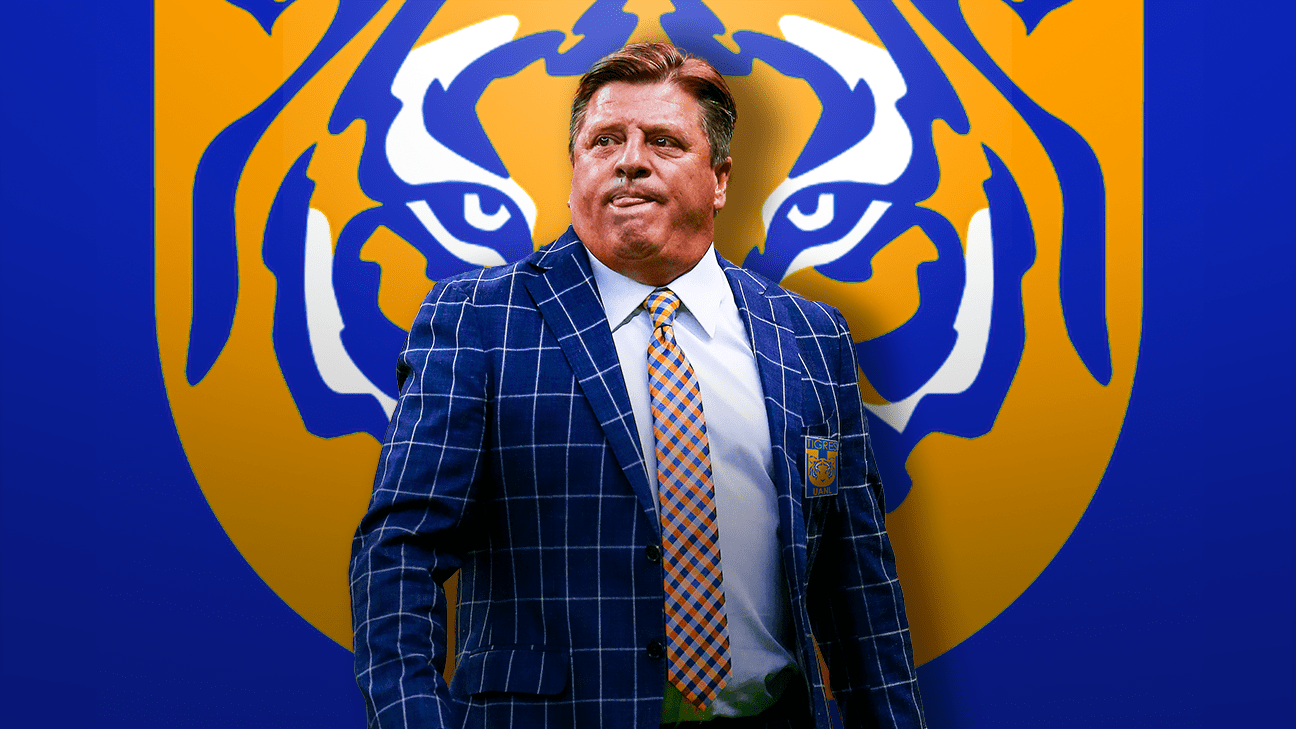 Tigres begins a new stage with the arrival of Miguel Herrera, from whom very positive results are expected after his triumphant passage through America

In the Apertura 2021, Tigers will be tasked with fighting for more championships within the MX League, but now under the command of his new technician, Miguel Herrera, who seeks to give his team a different appearance.

The felines are currently in a process of change, in which Mauricio Culebro is now the president of the team before the departure of Alejandro Rodríguez and with this there were some modifications, among which is the new coaching staff.

Miguel Herrera came to supply Ricardo Ferretti, who for 11 years was in charge of the team, but finally did not renew his contract and ended up leaving the feline institution.

In his first weeks, the new strategist has worked with the squad in the preseason, in which he held three friendly matches and the first of them was against Chivas, who tied without annotations.

America was the second rival of the felines in their tour of the United States and in that commitment they fell 1-0, so it was against Austin when the first victory came with the ‘Louse’ Herrera 3-1, so now he will seek prominence in the Apertura 2021.

The felines have been characterized in recent years by hiring players to help the team achieve positive results and for the next competition the most relevant acquisition was that of the French Florian Thauvin.

The French player arrives at the felines as world champion after he was crowned with the national team in Russia 2018 and is expected to respond to expectations when he returns to the team, after he is currently concentrating with the representative of his country in the Games Olympic Tokyo 2020.

THE MOST STRIKING LOW

Tigres had only a few casualties ahead of the next fair and the most relevant was the Julian QuinonesAlthough the player gradually deteriorated in his performance and ended up leaving the institution.

The Colombian had two stages with the team in which he won two league titles and one in the CONCACAF Champions League, but he struggled to place himself in the starting box of the team led by Ricardo Ferretti and now he left to join the Atlas en route to the next joust.

Miguel Herrera He came to the felines after the departure of Ricardo Ferretti, he was inactive for a semester, but now he joins the club with the task of achieving more championships in the competitions he participates.

The last team he led was America, with which he won two League championships, the Clausura 2013 and Apertura 2018 tournaments, in addition to adding the Copa MX Clausura 2019 and a Champion of Champions. Within his career is also having directed the Mexican team and other national football clubs, so now he will have the task of guiding the New Leonese team to the first places.

Those of the UANL will have in the next fair the challenge of staying in the foreground, something they achieved during 11 years under the command of Ricardo Ferretti, and add one more championship to his record.

With Ferretti, Tigers He won five Liga MX titles and others around that alternate such as the CONCACAF Champions League, Campeón de Campeones and Copa MX, so now the challenge with Miguel Herrera will be to maintain inertia with a vast squad, in which there was few movements for the 2021 Opening.

INCOME STATUS OF ITS FANS

The outlook currently looks difficult for fans seeking to return to the stands, after 50 percent of the capacity has been authorized so far due to the increase in COVID-19 cases, but it could be reduced if Nuevo León maintains the inertia of contagions.

Highs and lows of Tigres for the Apertura 2021