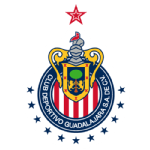 Toluca, Necaxa, Chivas, Juárez and Atlas gave the first minutes of action to their reinforcements for the season

With the start of Opening 2022teams can finally see what their reinforcement in the field and some have even already seen the immediate impact of their new hires on the MX League.

After a Saturday day full of action, this is what the reinforcement with their new equipment:

The Guadalajara midfielder participated 71 minutes in his second stage with the Rojiblanco team. The ‘Bear’ had a sober participation and with few failures, for which he was in charge of the Atletico midfield together with Fernando Beltrán.

He entered the second half so he only saw activity for 45 minutes in the match. Guadalajara’s right-back had few approaches to the front, so his work was focused on the defensive side, where he was effective and without problems.

The Venezuelan midfielder participated 68 minutes in his debut in Mexican soccer, for which he presented some flashes on the right wing of Hernán Cristante’s team, however, he was unable to be decisive in tipping the balance on the scoreboard.

The experienced Mexican goalkeeper became the main factor in obtaining the tie on the pitch at the Akron Stadium, after saving a header from Gilberto Sepúlveda that could have changed the course of the match, so in his debut he became the game hero.

The experienced midfielder of FC Juárez participated 86 minutes in his debut, so this afternoon he commanded the midfield of the border team, establishing himself as one of the players who touched the ball the most times, for which he became a key player for the draw in Guadalajara.

Lainez entered the 57th in place of Carlos Fierro and managed to disturb the Chivas defense on a couple of occasions, however, Juárez’s forwards missed the opportunity to open the scoring and escape with victory.

Esquivel, who came to the Rayos as a free player, played the 90 minutes, however, he could not avoid the loss at home against an explosive Toluca.

The reinforcement Coming from Mazatlán, he entered the court at 57, but his participation went unnoticed due to the dominance that the Red Devils had over Necaxa.

Méndez started as a starter, but missed a penalty at 34 minutes and it faded as the minutes went by. At 68 he was reprimanded after committing a penalty on Jean Meneses and at 72 he was replaced by Facundo Batista. A debut to forget.

Godínez had minutes in his first game with the Rayos, but it was too late when he entered the game with Toluca leading 3-1 in the final minutes.

Volpi dressed as a hero on his return to the MX League, avoiding the Rayos’ reaction by saving a penalty from Méndez at 34 to maintain Toluca’s 2-0 lead. Without a doubt, the Brazilian goalkeeper was one of the main factors in the victory of the Red Devils.

He could have played the 90 minutes without any problem, but Navarro was replaced at 87 when Toluca was already controlling time to secure the victory.

His participation was discreet, he could not be present on the scoreboard on a day in which Leonardo Fernández and Camilo Sanvezzo, who replaced him at 66, did score.

The Chilean was also a factor in Toluca’s triumph, at 67 he received a foul from Méndez inside the area that Sanvezzo converted in the final 3-1 from the penalty spot.

Saucedo entered 87 for Meneses when the victory was already tied. As it was said in the past, he “he only entered to collect the victory bonus”.

Angulo entered for Leonardo Fernández at 60, but despite having more than 30 minutes to show himself, he did not have much influence in the game.

The young Ruiz also entered the game at 60 and had more participation in defense than in attack, but except for a couple of fouls, his performance was quite discreet.

Forwards Jonathan Rodríguez and Jürgen Damm, as well as defender Néstor Araujo did not make their debut this day.

The 26-year-old Colombian striker came on for Jonathan Herrera at 57′ and retired injured at 82′.

The Peruvian midfielder entered the 68th minute for Anibal Chalá, however, his actions on the field were not significant, given that both teams tied goalless.

How did the new signings look at the start of Apertura 2022?