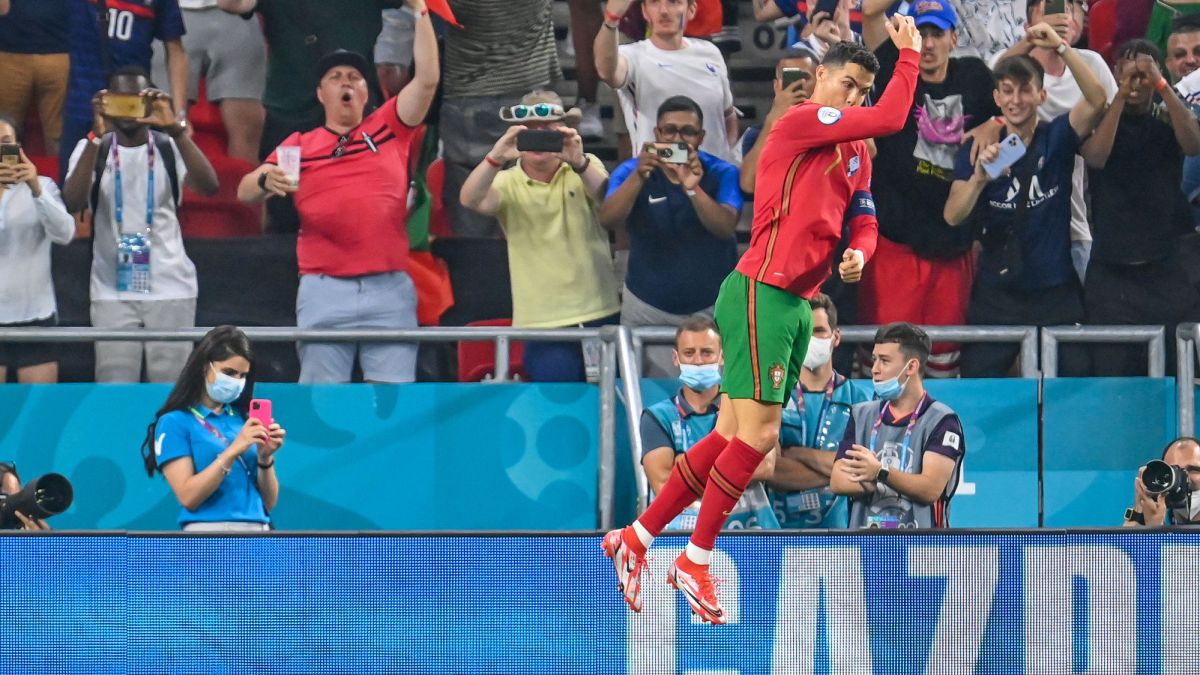 Portugal survived on the wire and climbed on the back of a great Christian to continue in the Eurocup and scratch a sufficient draw against France. The cocktail of emotions drew a colossal, unpredictable match, in which both ended with the objectives achieved, although not without suffering. Cristiano’s goals, from penalties, neutralized those of Benzema, finally in a version closer to that of Madrid of which it had been seen until now.

France showed that the most comfortable it feels is to run. Deschamps’ change of system, returning to the successful drawing of the World Cup, empowered Mbappé as a high-speed train on the left wing, with no major concern than attacking Semedo’s back. For the former Barça side, the game was torture, especially when the French played direct and vertical.

Portugal, with more touch, led the dance, although aware that at any moment a spark from Mbappé would make him melt back. The France counter was razor-sharp, fleeting, and in a Portuguese oversight he planted the PSG sprinter against Rui Patricio, who saved with reflexes and courage. In the cracks duel with Cristiano sparks jumped, with Benzema with an exception guest. Of Griezmann there was much less news.

With a more choral game, the Portuguese gradually approached the Lloris area. Cristiano was motivated, wanting to hunt down Ali Daei’s record, until he got it. Bernardo Silva appeared, Diogo Jota wanted to do it, but the real danger was in connecting with Cristiano, who waited patiently for his moment.

The match was many decibels and Mateu appeared at the party, who whistled with personality although not without controversy. The show started with a ball hanging in the area from a side foul. Lloris, in his attempt to clear his fists, touched the ball but also Danilo’s head, which fell to the ground. The penalty, of course, was converted by Cristiano among the angry French.

They were the best moments in Portugal, also the worst in France, stunned by a rare penalty and a grown rival. There was a lot of thread to cut, still. With Mateu at the controls, even more so. Thus, on the brink of rest, when a referee decision was most decisive, he saw a penalty for a contact by Semedo on Mbappé when entering the area, a much more debatable action that the first one that angered the Portuguese this time. Benzema called.

The duel of the titans did not disappoint, nor did their best swords. With Benzema plugged in and Mbappé constantly percussing, the game was leaning towards agony. The one who had the most to lose was Portugal, whom a defeat, coupled with a Hungarian victory in Germany, eliminated from the tournament. At times both things happened.

The tremors grew with the second French goal, always powerful with spaces. A A filtered pass to Benzema was taken advantage of by the madridista masterfully to achieve a double with which he settles any type of debate in France. Mateu canceled it in the first instance, but the VAR corrected because it was enabled. No ingredient was missing from the salad.

The meeting was a roller coaster of emotions and goals, a street fight in which each swing made the opponent shudder. Portugal gritted his teeth, he launched himself for the life preserver to keep him in the tournament, the one that never fails him. That is none other than Cristiano, capable of leading revolutions like few other players in the world. A center of his, in fact, touched Koundé’s hand and led to another penalty, well seen by Mateu, who returned to convert Juve’s. Neither Ali Daei nor anyone else can resist him when it comes to ambition.

In the shootout at dawn that the crash had turned into, the emotion of the last moments was lacking, starring Portuguese fears and French sparks. Any alteration in the scoreboard could sink Portugal, even more so given the news that came from Munich. Even so, Rui Patricio saved the Portuguese with a paradon, that they returned to pull their goalkeeper to resolve as they do with Cristiano in attack. The tide went out when news of the German draw against Hungary arrived. Then everyone breathed easy. France because it passes as leader and Portugal because it is third, the same position it occupied in the Euro 2016 that it ended up conquered. There is only one argument that can hold it. His name is Cristiano and his last name is Ronaldo.