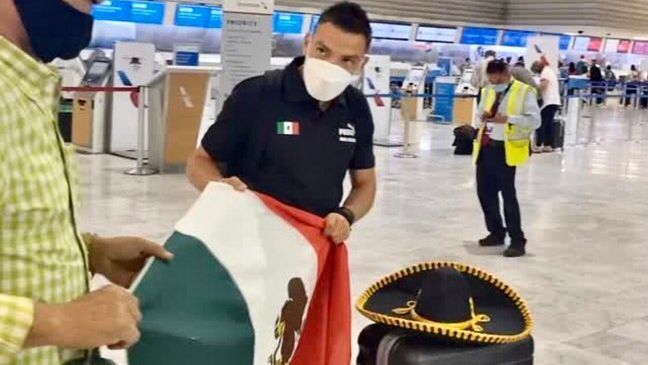 Mauricio Lozano, brother of ‘Chucky’, undertook his trip to Europe to try out with Galatasaray from Turkey

MEXICO — Mauricio Lozanobrother of Hirving Lozanoundertook the trip to Europe, to prove himself in the Galatasaray from Turkey and look for an opportunity in the football of the Old Continent.

Mauricio Lozano He travels to Turkey, via Miami, United States, to test himself with the Turkish entity. The youth squad of Cougars He will spend a month under the scrutiny of the team that plays in Istanbul, looking for a contract that will allow him to continue his career as a footballer.

“I am going to be with Galatasaray for about a month, for an invitation, it could be sooner, it depends on how I go. If in two or three weeks I convince them, they tell me to stay, otherwise we will have to keep looking, because there are two other teams from Istanbul and one from Germany, but the plan is to stay there”, he commented. Mauricio Lozano to ESPN, on April 8.

The younger brother of Chucky Lozano He was trained in the basic forces of the Pumas and was in the UNAM branch, but later he did not reach an agreement to continue with the university team.

After a few months without activity, the possibility arose of doing a test in the Galatasaray of Turkey, and in case of not convincing the European team, he will have two other opportunities in a team from that country, in addition to one more in a team from Germany.

Lozano shone in the second division of Mexican soccer and had regularity in Tabasco Cougarswhich belongs to the MX Expansion Leaguebut due to his age, he was unable to finalize the process that would take him to the First Division.

Now, with the opportunity Galatasarayhopes to be able to continue his career in Europe and continue with the dream of someday sharing a team with his brother Hirving Lozanowho plays for Napoli in Italy, just as it happened in their childhood.