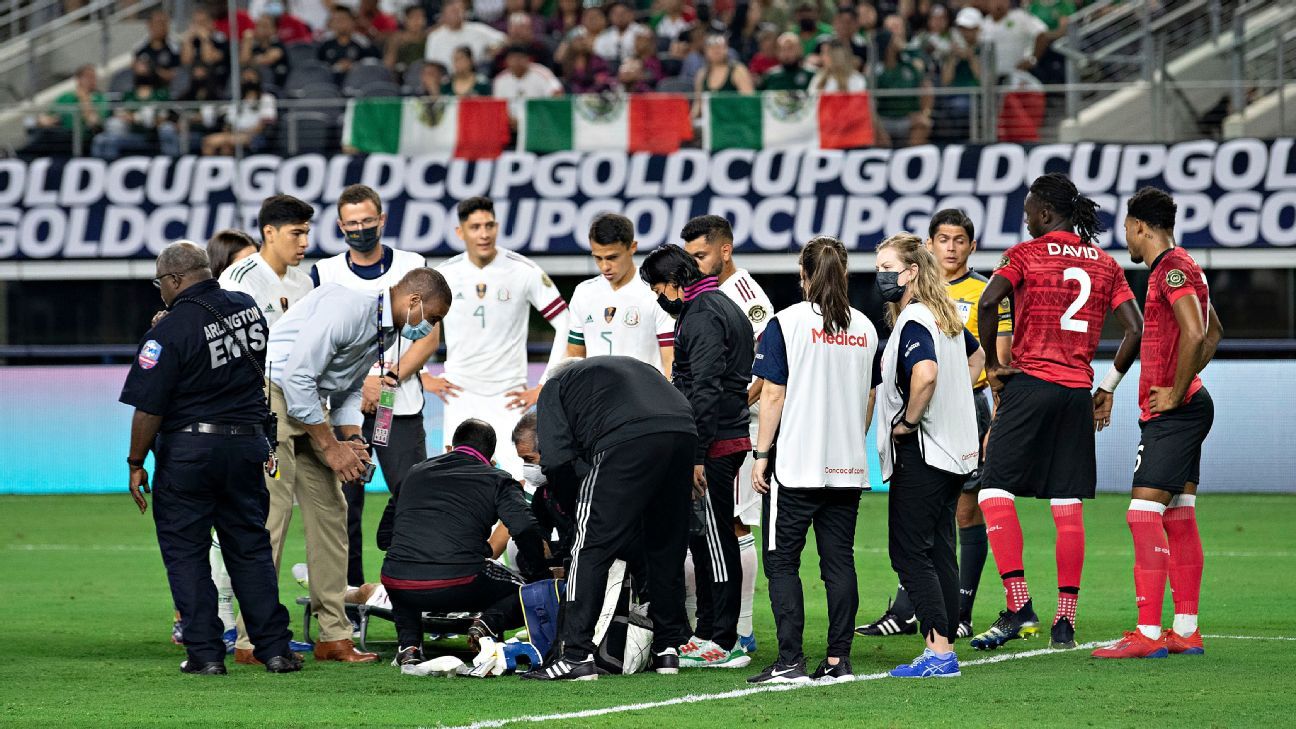 Doctors recommended that Hirving Lozano remain in Dallas, at least this week, so that he continues to undergo examinations

USA — Hirving lozano, front of the Mexican team, will stay all week in Dallas, Texas, because the doctors recommended that he continue to undergo examinations and be under observation, due to the type of injury he suffered in the game between Mexico and Trinidad and Tobago.

“The most important thing is the state of HirvingWe talked to him, he was sore, calm, not happy. The blow he suffered was brutal, more than 40 points, we will be in the next few days in a series of reviews, they have asked us to be there for at least a week, but the important thing is that the player is well and soon we will see him in action “, He commented Yon de Luisa, president of the Mexican Soccer Federation.

Chucky lozanoAccording to the first reviews, he will be out of competition between four and six weeks, which caused him to be dropped from the Gold Cup. The Tricolor attacker was the figure of Gerardo Martino’s team in the tournament organized by Concacaf.

“There is no tournament that is above the physical integrity of the players, we will demand and we will give all the blows, in any tournament, we will defend our own,” said the president of the FMF.

Sources informed ESPN that Hirving lozano today he also underwent other tests and all the results were positive. On Sunday, after the clash with the Trinidad and Tobago goalkeeper, he had to be admitted to a hospital in Arlington, Texas, and entered the operating room, to receive 40 stitches, due to a cut above the eye.

The Napoli is attentive to the evolution of Hirving lozano and they hope that he will travel to Italy, as soon as possible, to do his rehabilitation with the European team, hoping that he is ready for the start of Serie A.