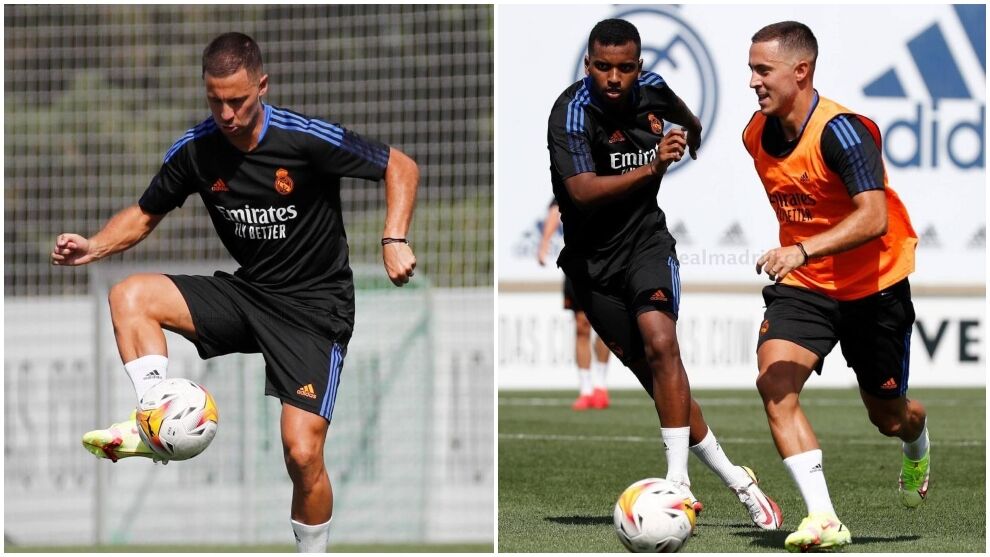 Eden Hazard looks like another player this preseason. Much more lively than at the start of last season, and much finer too, the sensations it transmits are very good. The Belgian took a long time to join the group due to a muscle injury that he dragged from the Eurocup, but since he joined the group, he has left signs that he is in good physical tone and eager to vindicate

trust him to be the big signing of the season, at the expense of what might happen to Mbapp.

Hazard is working without any pressure.

After two almost unfinished seasons, the spotlights are no longer on the Belgian and in that sense he feels much more liberated. Ancelotti has also been in charge of taking pressure off him in the conversations he has had. The Italian wants him to enjoy football and not get obsessed with a leadership that will fall under its own weight if the player starts playing regularly and at the level he was used to.

Ancelotti has blind faith in the Belgian player, whom he had not managed until now, but whom he has followed since he was a kid at Lille.

Both Zidane and Ancelotti had their eye on the Belgian footballer when he was 16 years old.

Zizou recommended him to Florentino Prez and Carletto saw him as a fantastic addition to Chelsea, a club he managed between 2009 and 2011. Finally, Hazard landed at Stamford Bridge in 2012, when Ancelotti was no longer at Chelsea, but the Italian was an important part of his signing, giving Abramovich advance notice of the player’s talent. Now,

Ancelotti has the mission to obtain the best version of the Bega footballer,

to whom the injuries have not allowed to shine in Madrid. Pintus also has that challenge, being aware that he is a peculiar player, who must be physically demanded, but keeping an eye on that ankle that has given him so much war since that fateful November 26, 2019. Hazard, for now, has met the objective to be available for the league debut against Alavs. He feels good and wants to enter the list, but the last word is Ancelotti, who does not want precipitation with a player who if he is well can be decisive.