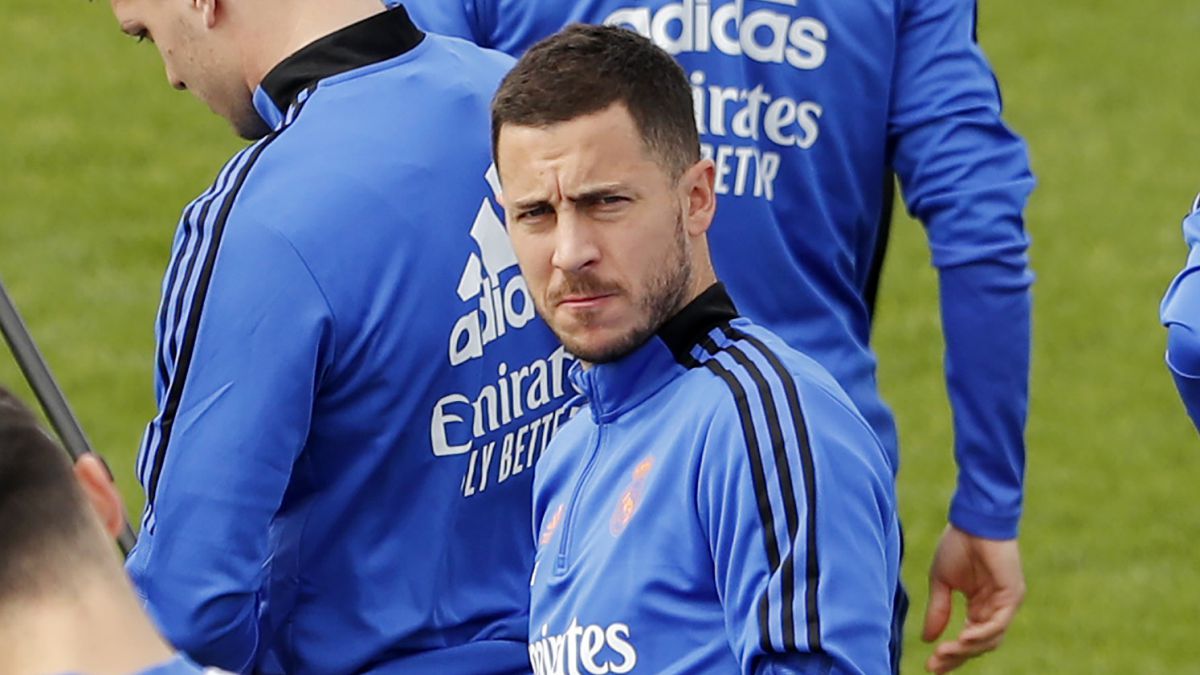 Eden Hazard’s future may have its days numbered at Real Madrid. The Belgian has been unprecedented in the conquest of the Super Cup. Ancelotti has not given him a single minute in the semi-final against Barcelona or in the final against Athletic, despite the fact that with the change of year the Belgian coach seemed to have begun to give the footballer confidence. Two and a half seasons after his arrival, the last signing made with the galáctico band may have lifted his last title with Real Madrid.

Hazard wants to leave Real Madrid, according to information posted on Twitter by Belgian journalist Sacha Tavolieri. The communicator, who covers for RMC Sport the news of the Belgium team, affirms that both his sporting and medical situation push him to seek his exit. Tavolieri assures that within the club there is a debate between the medical services, which advise that the player be operated on again, and those who advocate that he should avoid it and play more to put him in the showcase of the market in the face of a desired transfer.

Indifferent in the celebration of the Super Cup

Hazard’s attitude at the Super Cup trophy ceremony has caused an impact on Twitter. The images that circulate on the social network show Hazard dismayed at different times: when collecting the medal, when celebrating the conquest of the title on the podium or in the parade when offering the title to the Madrid fans who populated the stands of the Rey Fahd stadium. He only flashed a shy smile as he posed for photographers, either in group pictures or with his compatriot Hazard. In the images it is also striking that Hazard has removed the medal.

Since arriving at Real Madrid in the summer of 2019, Hazard, 31, has not shone at the level expected of a player whose signing the white club paid Chelsea more than 100 million euros. His physical condition and the injuries that have plagued him have barely allowed him to participate in 59 games in two and a half seasons, only five of them complete. This campaign he has taken part in 16 of the 30 games played by Real Madrid, of which eight have been as a starter. He has added 724 minutes on the pitch, 26.5% of possible, which places him as the 17th most used player by Ancelotti.