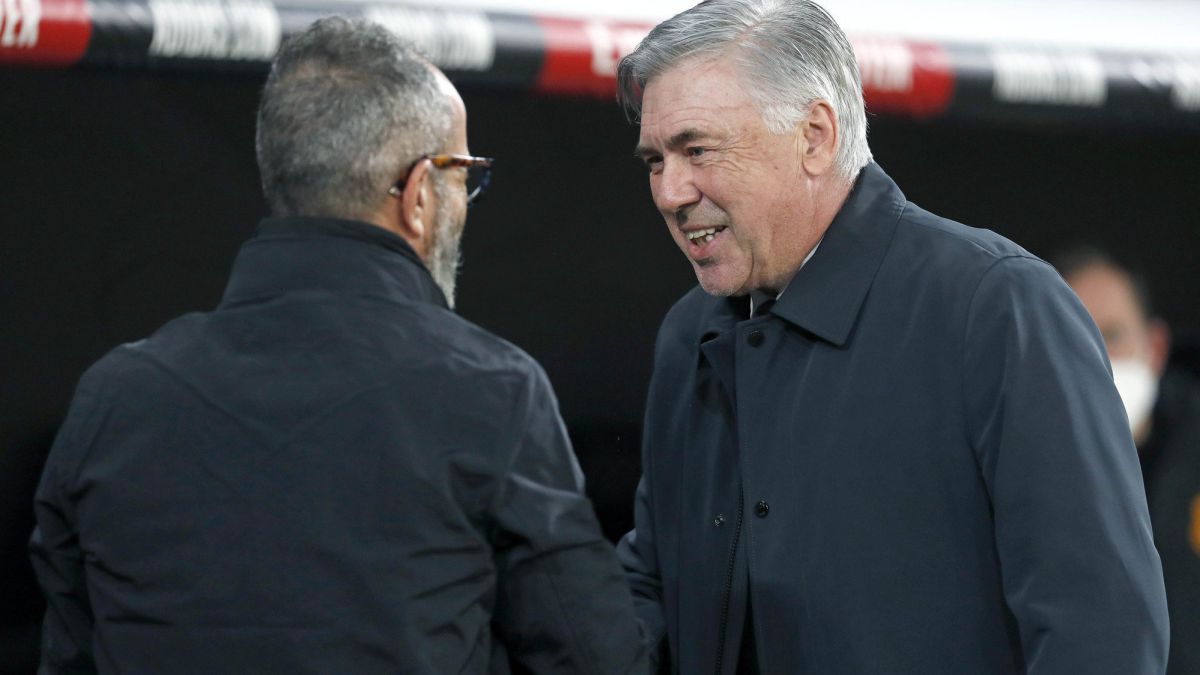 Carlo Ancelotti spoke after the 0-0 draw against Cádiz for the cameras of Movistar.

Tie. “We have tried. What could we do more? Maybe have a bit more quality in the last meters. We recovered the ball well. We have stopped the cons well. I’m not going to ask my team for more. We have tried, but we have not won. “

Hazard. “It cost him in the first part. In the second half he entered much more, combining well with the forwards. He did very well.”

The team. “I am satisfied. It has been difficult for us to score, it has happened to us on other occasions when teams close, but we have played the game. “

Cervera. “I fully understand the game I had to play. He has fought and for the commitment, they deserve the point ”.

Then the Italian coach was more explicit at a press conference.

He fell into the Cadiz trap: “We have tried in every way, from the first minute to the last. It didn’t go well for us, quality was lacking in the last 30 meters. Nothing to reproach, it can happen. There are positive things about this game, the only negative is that we do not have the three points. Sometimes you don’t deserve to win and you win, we have to move on. The game was good, it is a difficult game for our technical characteristics because there is no space, they let you play on the outside with two against one, we do not have strength in the centers because we have forwards with other characteristics. They are the games that cost us the most but I am satisfied with the commitment, because of how well we did in the long balls, we did not concede any setbacks, just one… We have to stay calm and look at the next game “.

Hazard, full game, how you saw him. More dangerous near Benzema, from second point: “I agree. It was difficult for him to enter the first part, in the second he was better. It costs him more on the outside, on the right, he is not so used to it. Inside he combined a lot with Karim, he is one more weapon for the second part of the season ”.

Casemiro’s entry and a good point: “When we win I’m very happy, also if we play badly. If we play well and don’t win, I’m happy. The red one would have been a bit too much, the yellow one was just right. I haven’t seen it. It’s one point, we’ve lost two but sometimes we win some games that didn’t deserve to win.

Merit of Cádiz or demerit of Madrid: “Cádiz did what they needed in this game, close lines, defend, long balls… And we did too. It was necessary to open the scoreboard and we tried to do so until the end ”.

The direct rival is Sevilla: “We have to look at the table now and now Sevilla is the one who is closest. They have quality, technique, commitment, a passion that drives… Sevilla is the closest and we have to fight against them ”.

Casemiro: “I think Camavinga can play there, the problem is that we lack almost the entire right wing. I have to think it through well for Wednesday’s game, who to put on the right wing ”.

This week has affected and if he missed Modric: “Luka is a very important player for us, he was playing very well. You have had this problem and nothing happens, it has been a strange week. The team has tried, they have been committed and there is nothing to reproach. We have to take care of ourselves, everyone should take care of themselves because health is the most important thing. We all have to fight this virus together ”.

“Hazard is a weapon for the second part of the season”