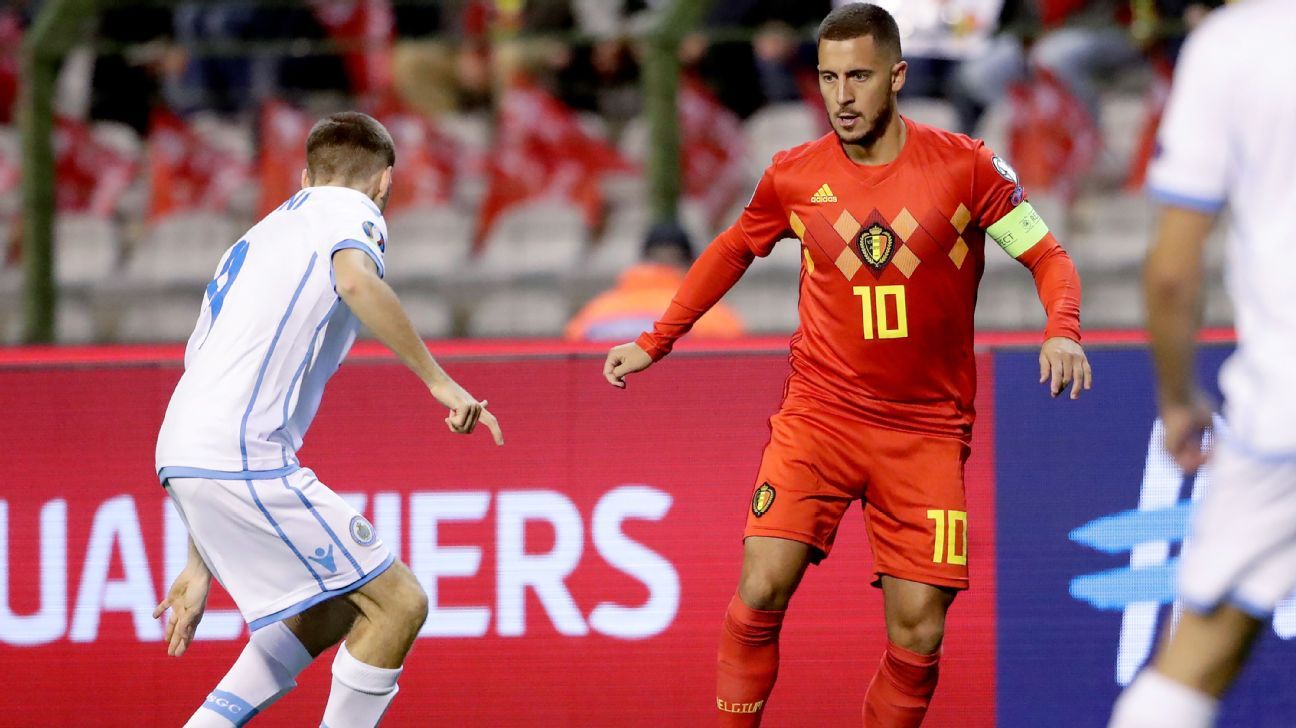 The Belgian Eden Hazard He assured this Sunday that, despite the injuries that have haunted him during the last two seasons at Real Madrid, he “never” doubted his qualities, although he acknowledged that he does not know if his ankle, damaged in recent seasons, “will be the same again.”

“I have never doubted my qualities. I know what I can do on a soccer field. What I don’t know is whether my ankle will be the same as it was ten years ago. This is life“Hazard said during the press conference prior to matchday three in Group B.

Hazard, who will start against Finland on Monday after being a substitute in the first two games, did not guarantee that he will play the 90 minutes.

“I may not play the 90 minutes. We will see how I feel. I will give everything to play as much as possible at the highest level,” he said.

At the same time, he insisted that he prefers to play “70 very good minutes than 90 mediocre”.

“I am not one hundred percent, but I am ready to start. I want to play every game and show the quality that I treasure,” he said.

As for the fear of being injured again, he commented that he cannot think about it, since his game consists of facing and having contact with rival players.

“If I think about it, better not to play. I have to face and play my game. I need to be smarter and find solutions,” he said.

He said the same about the pressure of wearing the Real Madrid shirt.

“At Real Madrid there is great pressure, but in Belgium too. When I go out on the pitch, I give it my all. On the pitch I’m not thinking about the pressure I’m under,” he said.

He was pleased that on Monday they finally play together, Witsel Y De Bruyne, and warned that the red devils “always play to win, regardless of the points they have.”

Belgium leads the group with six points, while the Finns, who have three, need to score to get into the round of 16.