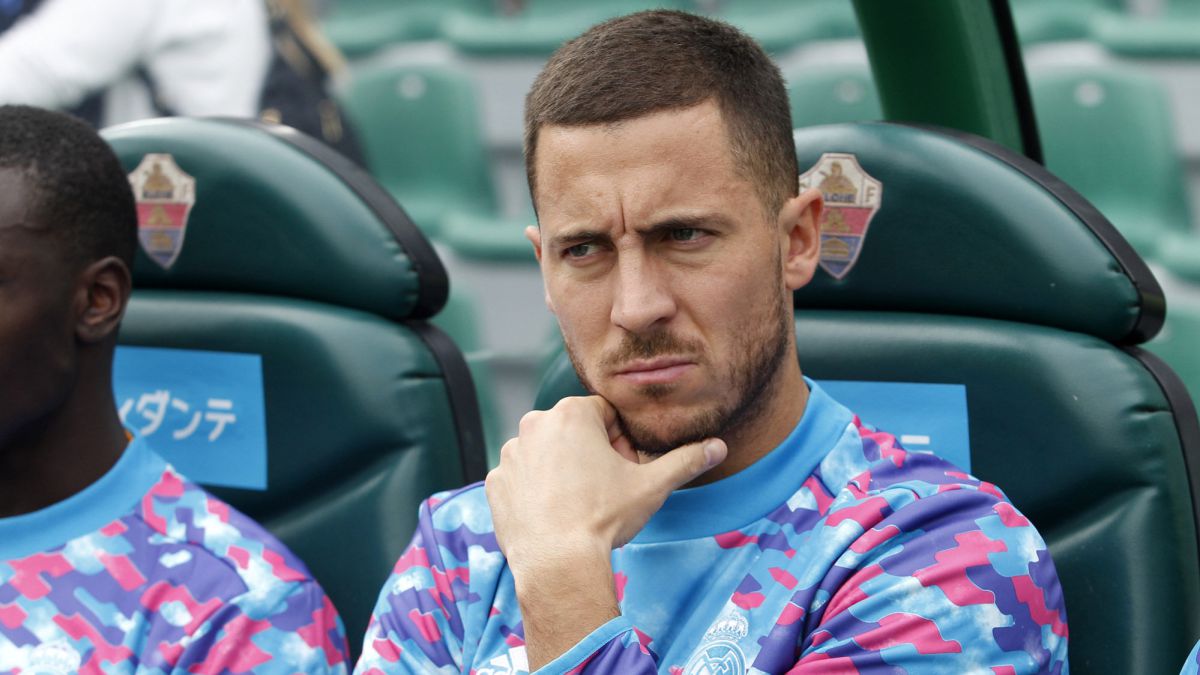 Eden Hazard is not being able to meet the expectations created during his signing for Real Madrid and, unfortunately for him, the credit of both the fans and the club is starting to run out. In fact, in the White House they are no longer so protective of a footballer who they have defended injury after injury over the past few years. Last summer it was already in the shop window, although there were no formal offers. Just the interest on the part of some clubs to know their situation. If its dynamics do not change, everything indicates that in July 2022 it will be on the market again.

In January it is practically ruled out that he leaves the club. The main reason is family: in the coming weeks her fifth child will be born and she wants to have him in Madrid, a city that he loves despite the fact that, in terms of football, things are not going well for him. Neither he nor his family contemplate a change of city at this stage of pregnancy. To this we must add that Eden still has the ability to turn the situation around and will wait until the end of the year to make a decision.

The possible teams that can be launched for Hazard are anyone’s guess. There is only one who has publicly confirmed that he wants it. It is about Lille, current Ligue 1 champion and club where the Belgian exploded as a twenty-something. “Hazard back to Lille? It’s not impossible. I go to Spain if necessary. It may seem impossible. Obviously, Hazard is an incredible player with a lot of quality. Right now, he is a Real Madrid player and has a contract with that club “, confirmed Olivier Letang, president of the French entity, in L’Équipe. There has also been talk of the Premier, where it continues to have a good poster. In the English press it is assured that the new ownership of Newcastle wants Hazard to be one of the key pieces of the project. Finally, you cannot lose track of Juventus, that last summer the possibility of incorporating it on loan was raised.