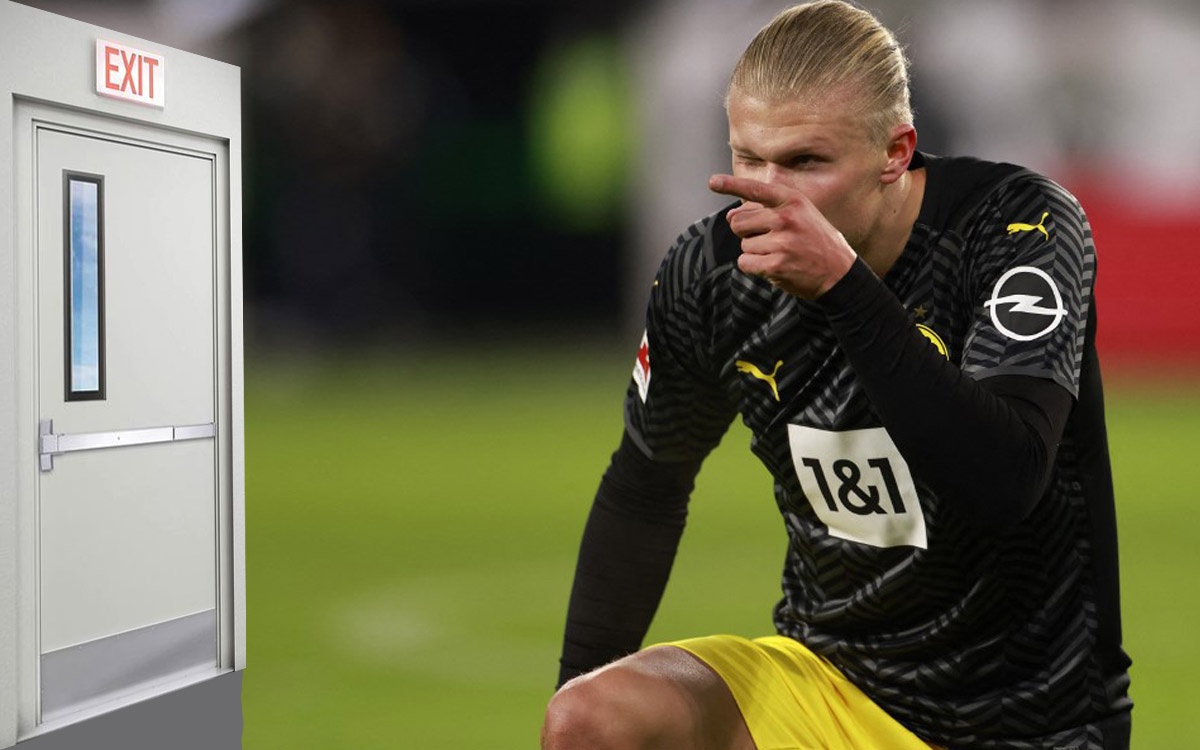 
It seems that one of the ‘fat fish’ of the transfer market could be free earlier than thought and is that German media assure that Erling Haaland would have already requested his departure from Borussia Dortmund, all behind him failure of the team in the Champions League.

It’s known that Haaland, like other great players, they want to fight the most trophies throughout the year, plus international ones, that is why the disappointment of not being inside the Champions League I would look for ‘a better alternative’.

What about Haaland and Borussia Dortmund?

On Germany it is said that Erling Haaland is no longer at ease with the Borussia Dortmund, because he and all his companions knew that qualify at least to Eighth Final in the Champions League was mandatory, but they have stayed in the Group Stage.

Haaland presented muscular discomfort since the end of September and he missed the duels before Borussia Mönchengladbach and Augsburg in the Bundesliga, in addition to Sporting in the Champions League, where they won 1-0.

He got back in action and played against Mainz in the Bundesliga and Ajax on Champions League, where in this game cyesterday they were 4-0, but after that and to date, he has not been able to play. UCL’s return to Ajax and Sporting was lost where they both lost them, so they are eliminated from the tournament.

Erling haaland you are not only dealing with early elimination of the Borussia Dortmund, but the will also not attend Qatar 2022 with the Norwegian National Team.

The Forward too missed the crucial duels of the UEFA qualifiers and his team did not even reach the repechage zone, so today the only international tournament what is going to play Erling Haaland is the Europa League.