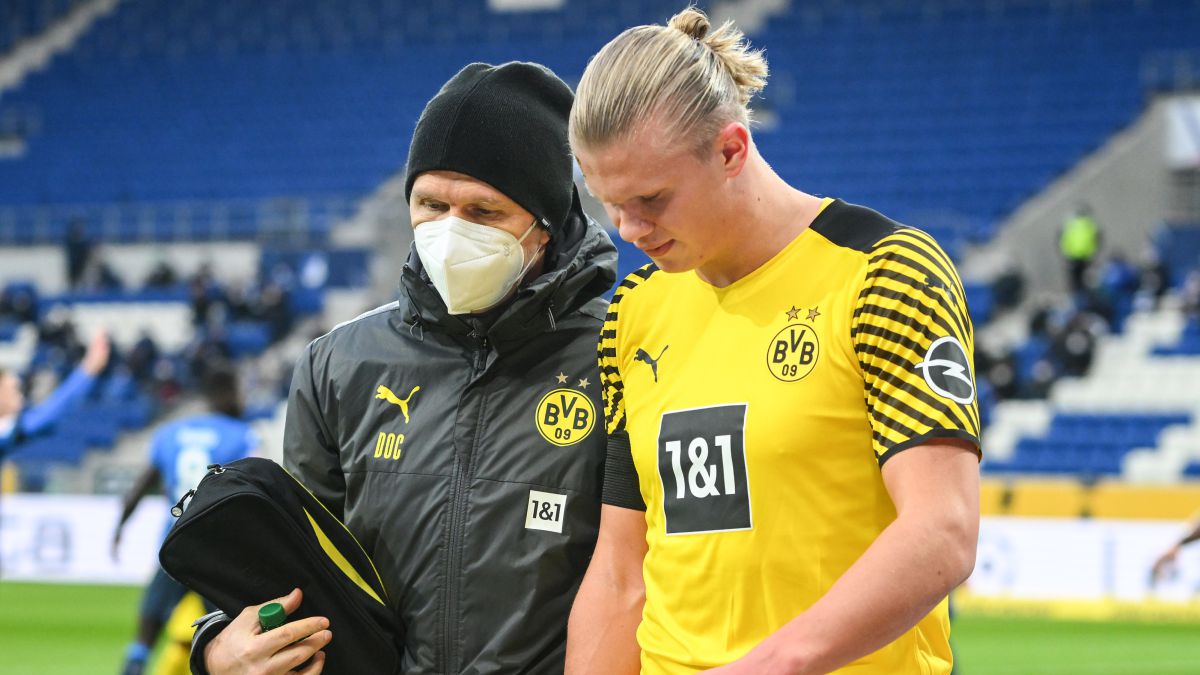 Erling Haaland returned, the android of the goal returned with a brace against Wolfsburg. At least, on the pitch, where he has not left his mark on the Bundesliga networks since last January. His name, however, is almost immovable from the front page of today and the rumor mill around his ‘great decision’, whose minute by minute is practically broadcast daily.

The last chapter points Sport1. According to the German media, the Norwegian would have asked Borussia Dortmund to will not reveal the next medical parts that it could have until the end of the season…and what seems to be his final at Signal Iduna Park as well. brand yourself a bale, in other words. the welsh already censored your injury reports two years ago, preventing Real Madrid from making them public.

Same maneuver that Haaland would try, but not so much with the aim of alleviating social and media pressure, but rather because, as the same medium points out, a certain fear that his recent run of physical ailments will prove to be an obstacle for the teams that are in the pole position for recruiting the striker. He doesn’t want the crystal footballer tag to start hanging on him. As reported by As, Manchester City and Real Madrid are in the lead. Although the footballing zenith of Benzema and the white doubts about the priority of undertaking the operation this summer give some advantage to the sky blues.

Haaland, in fact, has not yet freed himself from the aftermath of his latest injury. “He is still not free from pain,” said Marco Rose, coach of Dortmund. “We cannot push him to do something that he does not want for himself. It is impossible for him not to have pain. They sent me a photo in which you could see that his foot was twisted 90 degrees, something had to break,” he added. the.

The truth is that the shadow of doubt is growing over Haaland and his growing propensity to occupy a stretcher in the infirmary. This season, the Norwegian already accumulates 96 days off, in which he has missed 16 games. “If I have to improve something, it’s not getting injured. Because if I don’t get injured, I will play more games and progress much more. And if you ask me what goals I have for 2022, even for the rest of my career, it is not to be injured”, he recently stated, without being asked about it, in an interview with his close family friend, Jan Aagen Fjortoft. It is his great fixation.