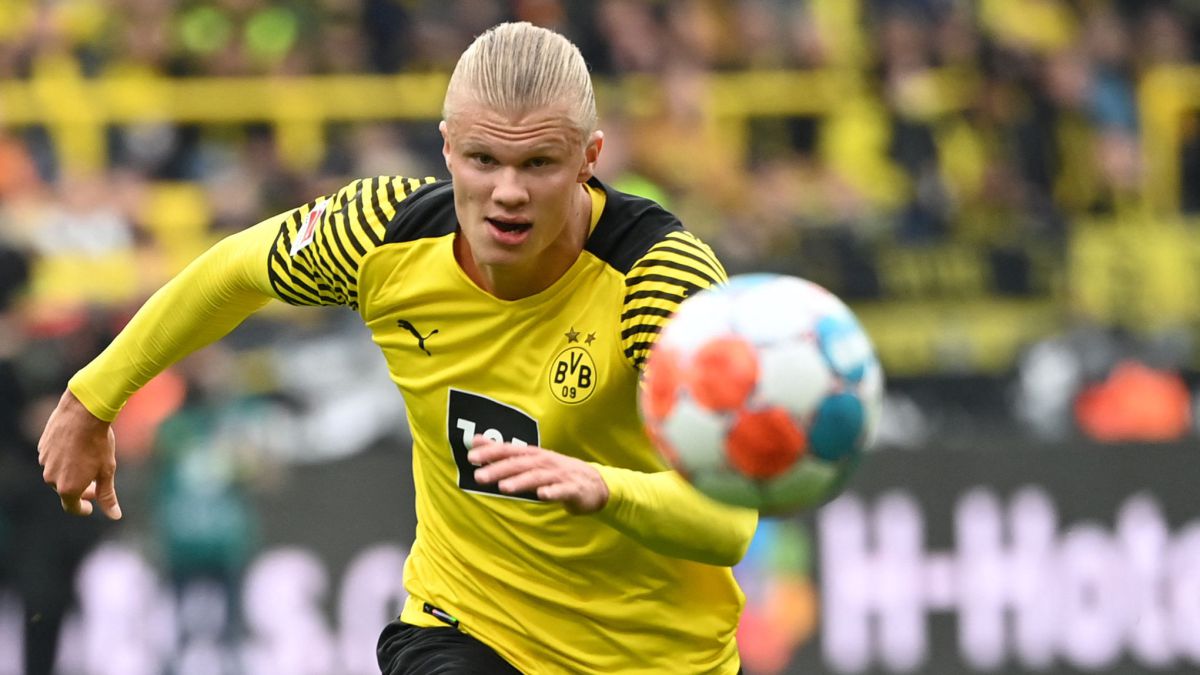 The movements have been reactivated around Haaland and his future situation. The Norwegian striker is getting closer to making a decision and his arrival at Real Madrid, although not immediate, is still possible. As AS has learned from sources close to Borussia, the Ruhr club are still hopeful of keeping Haaland in their ranks for at least one more season. An interest that matches the strategy of Madrid, which has ruled out (initially) signing Haaland this summer because it does not want to make him coincide in the squad with Benzema, who they consider in the Bernabéu offices to have a campaign or two more left for his best level. In this way, the white club would ensure the arrival of the Norwegian for 2023.

In recent days, Borussia has therefore become an unexpected ally of Real Madrid in Operation Haaland. Relations between the two presidents, Hans-Joaquim Watzke and Florentino Pérez, have been excellent for several years, and in the German club they are not oblivious to the interests of the white entity with the Norwegian and the timing that he manages. Mino Raiola’s medical situation has improved in recent days and he is already able to attend to some professional issues. And from within Borussia itself they affirm to AS that this meeting, which was scheduled with the player and his father (advanced by this newspaper) for mid-January and that was postponed, is close to taking place now… although there is no set date yet.

Borussia has put a new proposal on the table for Haaland. According to this latest offer, the clause by which Dortmund must facilitate the player’s departure this summer would be delayed for a year, until the summer of 2023. Puma, official sponsor of Borussia, is making a lot of effort for Haaland to stay one or two more seasons there and is willing to put eight million euros per season in the player’s salary to make it so. Haaland has not had a personal sponsor since Jan. 1, when he left Nike. And in recent days he has entered the Adidas scene with force, Madrid’s main sponsor, which also defends white interests.

According to Bild, Adidas even sent Zinedine Zidane to Dortmund to eat with the player and his father and convince him to sign for the German brand.. At that meeting, according to the German media, Rafaela Pimenta, Mino Raiola’s trusted lawyer, was present. One way or the other, that of Puma or Adidas, favor Real Madrid if they get him to stay in Dortmund for one more season.

The idea that Borussia manages and that would open the door of Madrid to Haaland is that the Norwegian striker would start to receive the stratospheric salary that PSG, Manchester United or City can offer him from the next campaign. A kind of bridging season until Madrid makes room for their wage bill again (after the tensions caused by the arrival of Mbappé) and Benzema hastens the football that remains in his boots. In this way, everything would be postponed to the summer of 2023, in which Real Madrid opts for a stellar move, matching Mbappé and Haaland in a spectacular New Bernabéu.

Everything is at the expense of the decision that Haaland makes at that summit that is close to taking place again. PSG, aware that it could lose Mbappé, is putting a lot of money on the Norwegian’s table, but the French league is not the one that most seduces the player, who is very excited to wear the Real Madrid shirt. If the striker decided to leave this summer, Madrid would be forced to move sooner than his wish (always, 2023), and stick with City and United, in addition to PSG, to hire him. It would be either that or lose him.

Haaland and the commissions

Beyond the price for which Haaland can leave Borussia, which will be around, in the best of cases, 100 million euros, the operation will have an added cost in commissions. The ones that were paid to take him from Salzburg to Borussia serve as a reference. Dortmund only paid 20 million euros for the transfer, but another 23 million were paid in commissions, eight to his father and 15 to his agent, Mino Raiola. Alaba’s case is also a reference. With much less money than the Norwegian, the weekly Der Spiegel published the contract, according to which, despite arriving at Madrid at zero cost, 29.2 million were paid for the Austrian: 17.7 transfer bonus to the player, 5.2 to Pini Zahavi, his representative, and 6.3 to the footballer’s father. With Haaland that amount can easily be multiplied by three.

The problem for Borussia and Madrid in this kind of joint strategy for Haaland (that he continue for another year in Dortmund) from which both would benefit, is the player’s representative, Mino Raiola. The superagent already wanted to get Haaland out of Borussia last summer and could not. Now, his health problems mean that he is even more in a hurry to close the future of his client, without a doubt, a historic operation for the football market.