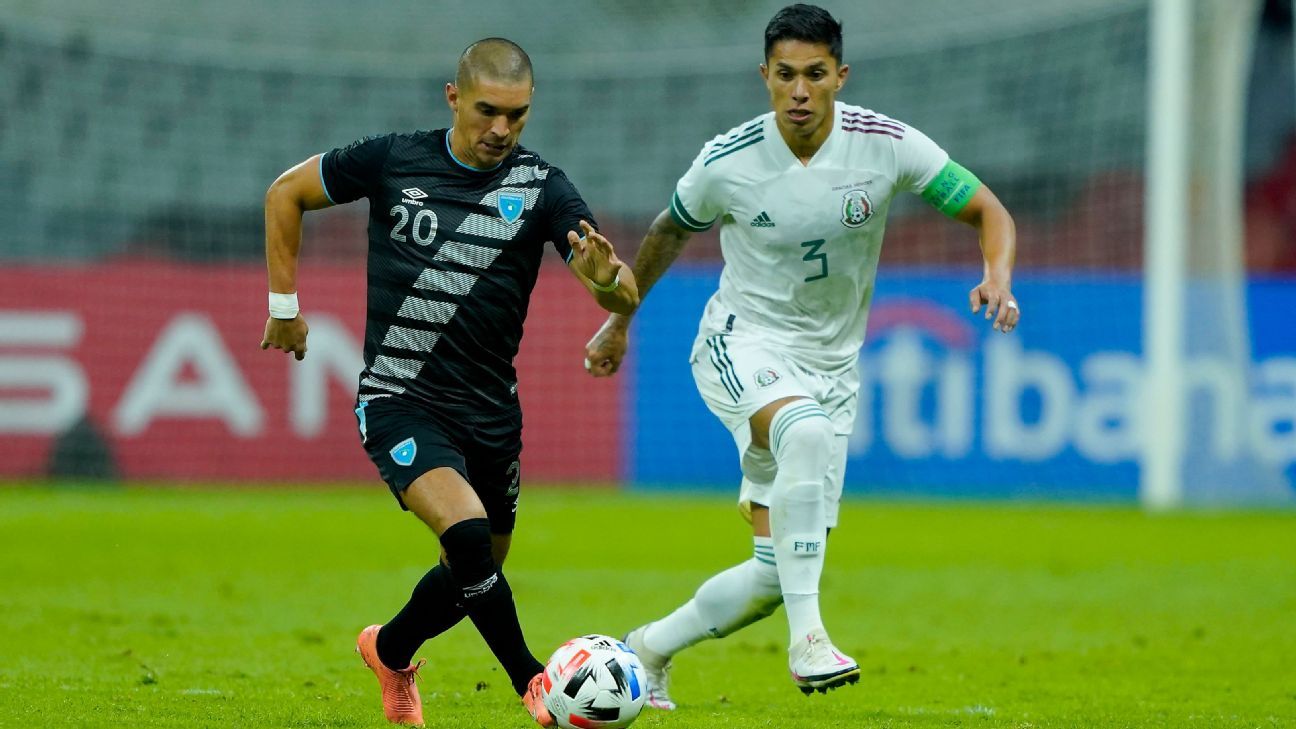 The president of the Guatemalan soccer federation indicated that the goal of the team is to regain level in the confederation, before thinking about being champions of the Gold Cup

Gerardo Paiz, president of the National Soccer Federation of Guatemala, highlighted the possibility of participating in the gold Cup, after the last minute withdrawal from the Curaçao National Team; although the expectations of the Central American group is to start a new path, after the conflicts and disaffiliation they faced in past years.

Prior to Guatemala’s second game in the group stage of the Concacaf tournament, facing the Mexican team, the manager made it clear that his premise is to have international matches to recover places in the FIFA rankings.

“We do not intend to be champions of the gold Cup, but yes to go recovering the level that Guatemala he lost by two years of suspension … I would like to go to the next round, but that is what I would like. The truth is, I don’t know what will happen; Things were not given to us, with the party of El Salvador, I did not really like the approach of the ‘teacher’ Loredo. Hopefully the flat is corrected a bit and I would like to move on to the next round. “

Gerardo Paiz maintained that the participation of Guatemala It is not a last minute invitation, which in their planning they sought to classify through sports and it was not given; But when the Curaçao team had an outbreak of Covid-19 infections, “as we were the best unclassified, we had to fill in for this team.

“We decided to accept it because finally Guatemala comes from a suspension. We come from not playing many international matches, we come from a FIFA Ranking where we are not comfortable and finally, to be able to go up and to be able to reach the level that Guatemala you need, because what you have to do is participate internationally, otherwise you will never be able to catch the level that was lost before the suspension. “

The president of the Guatemalan federation admitted that Chapin football has completely collapsed, after a suspension from FIFA in 2016 came, after its leaders of those years were accused of corruption and later, those who were in charge of restructuring the directive and create the new statutes of the federation, fail to comply with the mandates of the body that governs world football.

In the moment in which Guatemala It was suspended from all international participation, ranked 79th in the FIFA rankings, and has now dropped to 127th.

“With this, all the processes were suspended; the suspension not only took away the opportunity to play international matches, but the authorities who stayed, suspended, did not continue training, did not continue the processes and that caused us more setback, because the suspension was for stop participating, but not to stop training. That caused us a delay, apart from the fact that there are not many Guatemalan players playing abroad. So, there are countries that have a lot of advantage over us, because they have their entire team playing abroad and we we depend on the National League, which is not such a competitive league. “

Gerardo Paiz, who became president of the National Soccer Federation of Guatemala, stated: “I have been working with all the national teams for a year and a half; unfortunately, the pandemic stopped us a bit because they closed the country and when this happened, the first thing They block you and the first thing they tell you is that you can’t train or coach with youth teams, because parents don’t give their children permission for fear of being infected. Guatemala it is at a red light, there are no face-to-face schools and the children are not studying. “

He held that Guatemala aspires that “when the youth team tournaments come, to be able to qualify and participate.”

In the same way, he pointed out that Rafael Loredo was only used in an emergency, after the dismissal of Amarini Villatoro, since the idea is that the Mexican helmsman will take over the U-20 and U-23 National Teams again, thinking of preparing to these young people in the future, when in a year they open the space of the youth classifications: “Right now we are already eliminated to think about a new coach and a new process for the 2026 World Cup.”

In this sense, he clarified that his participation in the gold Cup Concacaf 2021, it is with a larger team, since “we can not do it with a U-20, because they did not allow us,” so what they did, he explained, was to remove players that the previous coach had on a list, Amarini Villatoro.

On the other hand, on his confrontation with the Mexican team directed by Gerardo Martino, Gerardo Paiz explained: “Always play against Mexico it is a special game. Really all the games with Mexico are special; finally, Mexico is a power and facing it raises your level “.

He also said that he hopes that Eugenio Villazón will return as his sports director and that he already has the invitation to do so: “We hope to win him over so that he returns to Guatemala… The entire coaching staff of minor teams is Mexican. “

On the other hand, about the possible prizes for Guatemala in the current gold Cup, showed ignorance, since the economic bag for participating is 200 thousand dollars, while Gerardo Paiz said he knew that each participant takes an amount of 150 thousand dollars.

“We practically do not know what is going to happen. As it was very fast, I have not sat down with the group of players to see the prize issue. Obviously, Concacaf gives you a prize of 150 thousand dollars per classification, which we do not know if to Guatemala They are going to give it to them, or they are not going to give it to them, because it is practically a kind of invitation, or no classification. So since we do not know practically how it will happen, then I will have to meet with the players later and see if this is distributed, or not. “

He showed that, in the worst case, the Chapin team could take the initial bag: “The last place, let’s say, or the worst in the Gold Cup, what is consoled is 150 thousand dollars.”

“Do you have any idea how much the champion gets?”

“I have no idea, really, because as I told you: we had been eliminated; then, they are things that I no longer started to see, finally I look for Guatemala. I no longer checked, I imagine that Concacaf on its official page have the data. “