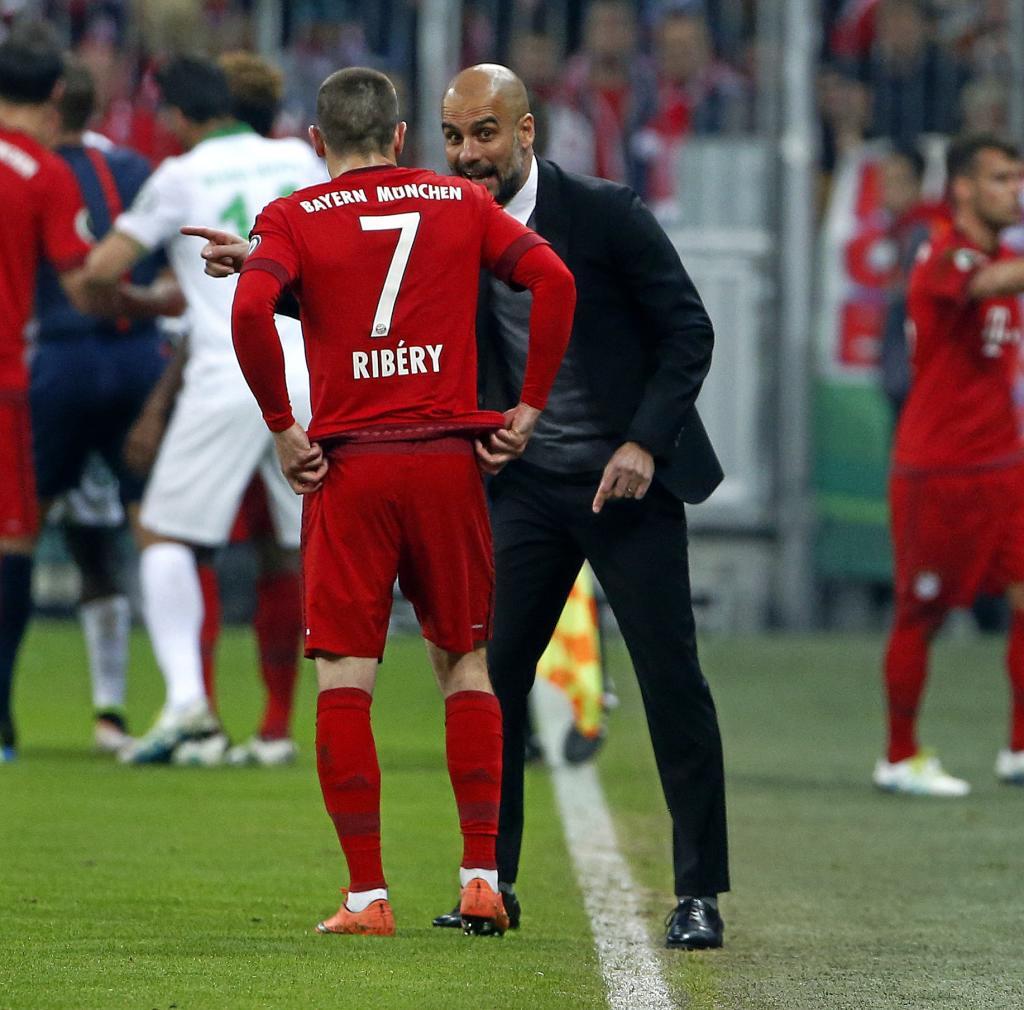 Pep Guardiola’s first tactical revolution caused an earthquake in the area. “He told me that he had seen Real Madrid a lot, that he had talked about it with Tito and that he was going to play as a false ‘9’. Eto’o and Henry would enter the wings and I, who would be in the center, would join the The idea was for Madrid’s centrals to chase me and for both extremes to go behind them. It was a surprise for us and for Madrid, “said Leo Messi in the documentary ‘Take the Ball, Pass the Ball’ explaining his position change in the historic 2-6 at the Santiago Bernabu during the 2009 Clsico.

Guardiola told me that he had seen Real Madrid a lot, that he had talked about it with Tito and that he was going to play as a false ‘9’. Eto’o and Henry will enter the bands and I, who will be in the center, will join the media

Messi on his position change at 2-6

A metamorphosis that had already been cultivated in a season in which the Argentine multiplied his effectiveness (he went from 16 goals in 2007-08 to 38 in 2008-09), ceasing to have ‘deadly’ records. “I had never played as a center forward, but I knew that position. It was going from being ‘sunk’ to lagging behind to moving forward without being a static ‘9’. It wasn’t a big change for me.. I knew what that position consisted of, even though I had been playing in the band for years, “Messi explained.” We made the numerical superiority with the false ‘9’, which Leo came to join the middle. We were always one more to have the ball and we had numerical superiority throughout the game, “explained Xavi, reeling off Pep’s plan. Guardiola’s board placed Leo as a reference displacing a Samuel Eto’o with whom he” had no feeling ” despite being key in the triplet.

I have always had a forward on the teams I have coached. Like a goalkeeper, being a scorer is a specialist job

A bet with which he blurred the classic ‘9’ from his slates. “I’ve always had a striker on the teams I’ve coached. Like a goalkeeper, being a scorer is a specialist job. Maybe Eto’o was one of the best I’ve coached; he was a great player. And Henry And then there was Messi. I don’t know if he was a striker, but he scored quite a few goals. Lewandowski or Thomas Mller also came in. I had Agero here. I always play with a forward. ” Guardiola recently analyzed listing his collection of tips. However, the imaginary battle between the ‘9’ and their ‘false 9’ bets have always existed.

At the Camp Nou, Messi and the 211 goals in 219 games! who signed at his command, they displaced all the attackers from the spotlight. Ibrahimovic and Villa arrived for 69.5 and 40 million euros, respectively, and became mere ‘companions’ of Leo. “My problem was the ‘philosopher’. Pep thinks he has invented Barcelona football,” said a Swedish striker who only lasted one season at the club scoring 22 goals. I did not fit in with his ideas and returned to Italy. Bojan took his place. “The relationship with Guardiola was not good,” confessed Krkic. Alexis Sanchez did not shine either and with Villa he achieved LaLiga and the Champions League in 2011 … thrown aside. “He had always been a ‘9’ and with him I changed my position and my mentality. He made me a better player,” declared the Spaniard, who celebrated 32 goals at his command.

Guardiola exported his libretto from Barcelona to Munich. And in him was also the ‘false 9’ … although he did not have Messi in the Allianz Arena. In his first season, Mario Mandzukic was the Bavarian reference, but Pep tried other things. “He has asked me what position I want to play in. I told him that in any of the offensive field,” a Ribry pointed out in ‘L’Equipe’ that, like Gtze and Mller, he got to use inside, near the area. “The new system is strange, different. You have to learn and train a lot to master it perfectly,” stressed the French in ‘Bild’.

The new system is weird, different. You have to learn and train a lot to master it perfectly

Mandzukic, who scored 26 goals in the Catalan coach’s first season in Baviera with Pizarro as relief, left at the end of the course for Atltico de Madrid. “Guardiola disappointed me, he did not treat me with respect. He did not let me become the top scorer in the Bundesliga,” said the Croatian in ‘Sportske Novosti’. That summer a Lewandowski arrived who was unshakable scoring 67 goals in 100 games under his command. There was no debate. “We all learned great lessons from him. We got better. Pep is not only impressed by goals,” the Pole told ‘Goal’.

Agero hosted Guardiola in 2016 at the Etihad with a goal car in tow. “He is irreplaceable. He has helped me a lot, he is a great person and an enormous footballer who has taken this club to where it is,” confessed Pep, with tears in his eyes, at the farewell to the greatest director in the history of the game. City (260 targets). Although at times they collided, injuries attacked him and he was a substitute, Kun scored 124 goals in 183 games under his command before going free to Barcelona this season. He alternated with Gabriel Jesus (85 goals in 205 duels) in a demarcation in which Iheanacho had a residual role. “He is a footballer who likes to play more on the sides. He never complains,” Pep explained about the Brazilian, whom he has taken out of the area to put in other pieces.

“He is not a center forward, but I congratulate him on having made the effort to act in that position. Ferran has a great sense of goal and is a player who really moves very well. It can be our usual striker “Guardiola said about the former Valencia player, whom he has turned into the ‘cityzen’ reference, scoring 16 goals since his signing in 2020. But he has not only used the Spaniard as a center forward. “It was a bit strange at first. The coach asked me to do this job, so I tried to do my best,” said a De Bruyne who played top in the last Champions League or Foden against Chelsea. He also used Sterling in the final of Do Dragao. The effectiveness of his means (Gndogan (17 goals), Foden (16), Mahrez (14), Sterling (14), Ferran (13) and De Bruyne (10) reached or exceeded ten goals) helped him to be champion of the Premier and runner-up of Europe last year. But I wanted more.

The numbers of the classic ‘9’ of Guardiola

“A scorer is a scorer and we don’t have that weapon, but other teams like Chelsea, United or Tottenham do. We don’t have a player who scores 25 league goals per season by himself, so we have to do it as a team, “Guardiola confessed. A deficiency that the past market tried to cover with no luck. They went after Harry Kane, but his signing was impossible. Water. “We did not win because the balls to our attackers were not good, not because we do not have a center forward,” he said after drawing (0-0) against Southampton. And so it continues. With ‘9’ or without him, the titles (14 in Barcelona, ​​seven in Bayern and 10 in the ‘sky blues’) support Pep’s proposal. “If City can get a center forward they can have a decent season,” Gary Lineker tweeted. An eternal dilemma for Guardiola.