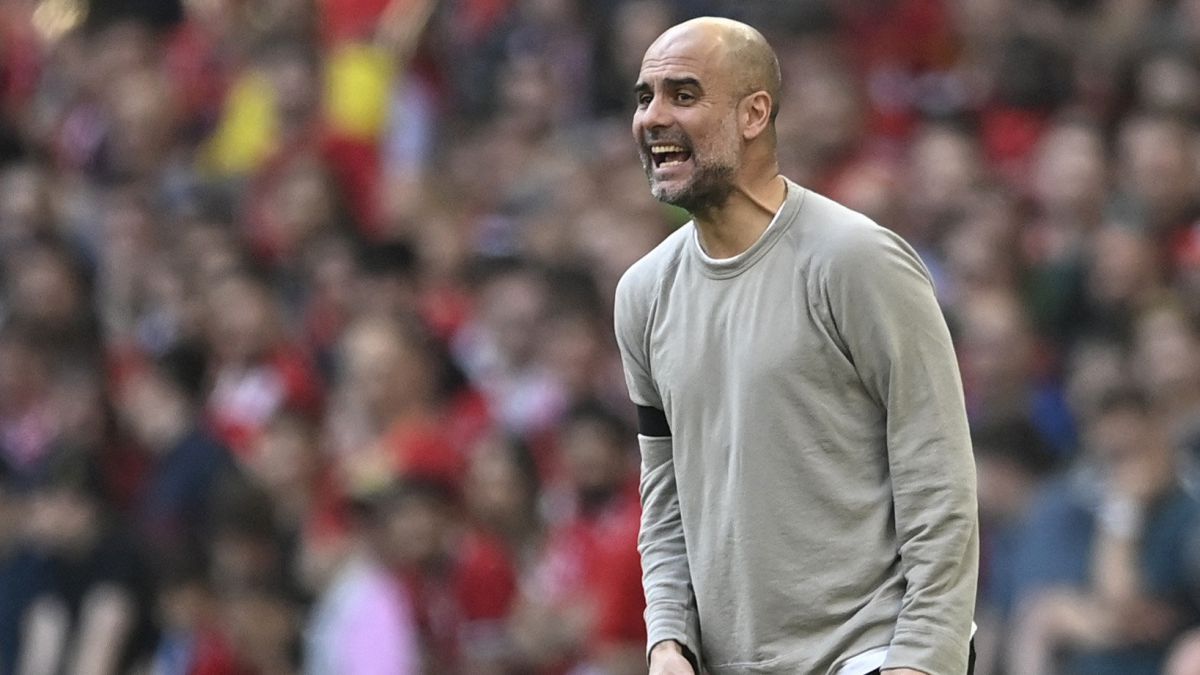 The Daily Mail announced on Monday that the Mancunian club and the Norwegian striker had reached an agreement. Erling Haaland would earn €600,000 a week at the Etihad Stadium and become the highest paid footballer in the Premier League. Before taking on Brighton on Wednesday, Pep Guardiola responded to the media at Tuesday’s press conference. He though he refused to talk about signing the player from Borussia Dortmund. “I will not answer your question,” said the Catalan coach to the journalist who asked him about the supposed signing. “I have enough things on my mind right now to think about what will happen at the club next season. We play without a striker. I haven’t talked about the transfer market in advance for several years, especially if we still have so much to play for.”

About Brighton: “They don’t need to beat Arsenal and Tottenham to know that they are a good team. I have a lot of admiration for them. Because of how they play, because of their results. It will be a good test for us.”

Complaints from the fans about the line-up in the FA Cup semi-final: “I understand the opinion of the fans. I made that selection for many reasons. They were ready. Kevin and Gündogan were not. I understand the question, but I was in the hotel in Madrid and in London and I spoke with the doctors and the physios. we listened and made a decision. We have a lot of information that you don’t have. If we were tired we wouldn’t have run in the second half. Before many games I ask my coaching staff about the situation and the condition of the players, and then I make decisions.”

About Liverpool-Manchester United: “I will see it as just another fan, at home. I want to know the result. I would love for United to take the points, but nothing changes if we don’t do our job in the next few games. We can learn things from both teams.

On the fight for the title: “The challenge is the same as in the last two weeks, the same. There is a point of difference. Each match is a final. We will fight until the last. I like to play semifinals, although sometimes it seems that it is never enough, that there are things for granted. I have a different opinion. Seeing the situation we’re in, I’m very satisfied with the problems we’ve had in some parts of the season. We have to analyze, remember who we are as a team and move on”.

Guardiola, on Haaland: “We played without a striker…”